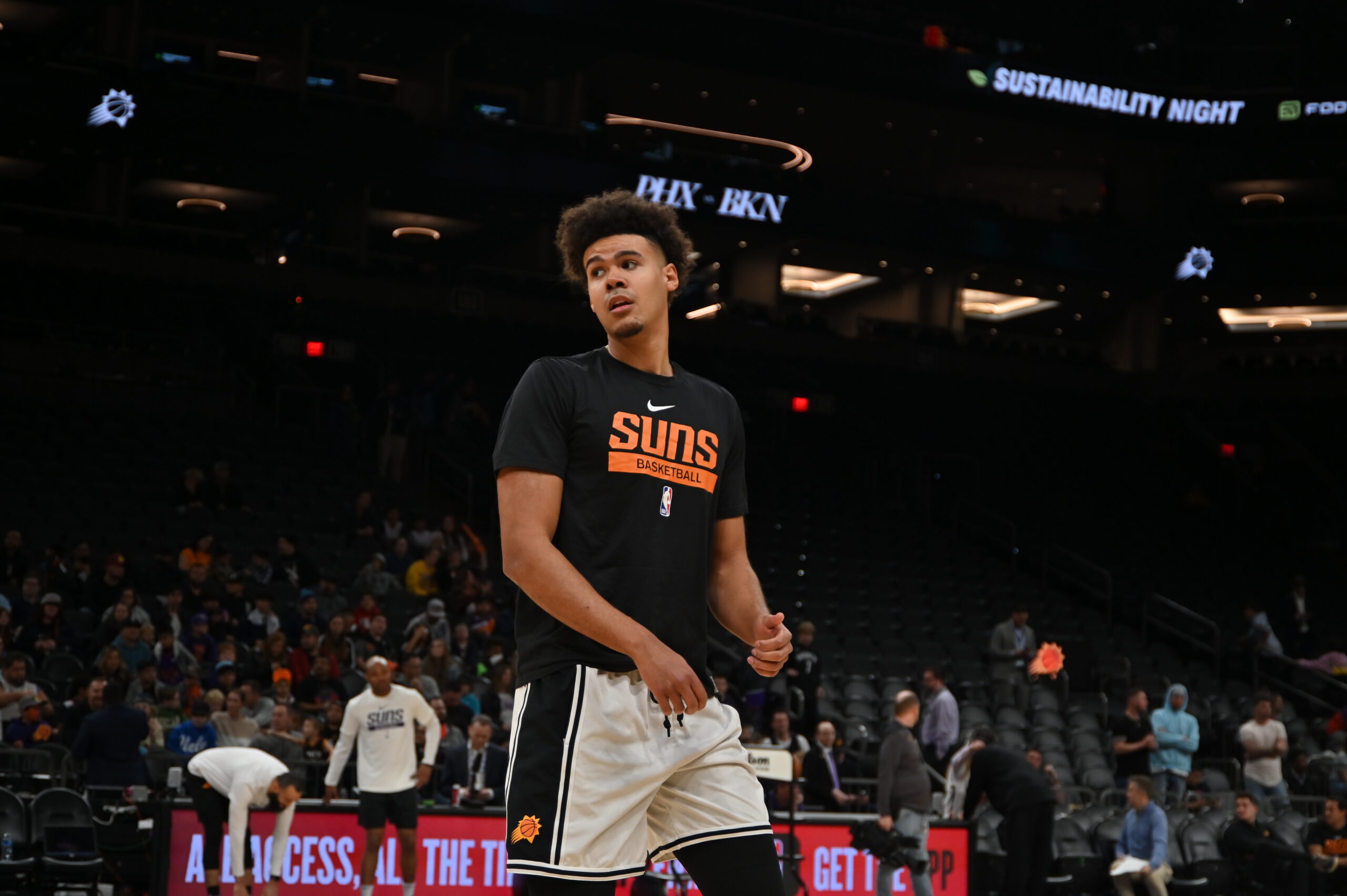 Cam Johnson’s return could not have gone any better for the Phoenix Suns as they defeated the Brooklyn Nets last night by a final score of 117-112.

Cam Johnson came off the bench and only played in 22 minutes of game action. In those 22 minutes, he scored 19 points on 40% shooting while hitting 2 threes and had a career-high at the line with 9 free throw attempts and hitting all 9 of them.

His spacing on the floor, especially in the first half, opened a lot of scoring opportunities for Deandre Ayton who finished the game with 24 points and 14 rebounds. Ayton alluded to how much he has missed Johnson’s presence on the floor and what that can do for this offense.

“Oh yeah, I missed that. I’m still surrounded by shooters when Cam wasn’t there, but having him now? I’m surrounded by the shooter… “Cam being on the team definitely gives us a breath of fresh air, I should say, where teams aren’t so focused on certain, players in the game and just play the game honestly.”

Head coach Monty Williams was ecstatic by Johnson’s return and he as well believes that with Johnson back in the lineup, it helps get Ayton and other guys easy looks on defensive switches to help provide more open looks from the three-point line and in the paint.

“I think when you have Mikal, Cam, and D-Lee, it helps DA. He had some jump hooks early, and he had some situations where he was punishing their switches, and most of it was because there were shooters all around him, so you can’t help as much.”

The Nets switch heavily on the defensive side of the ball. They like to disrupt backdoor cuts and running lanes so a lot of teams can get hounded physically while moving without the ball to disrupt timing on their shots and play designs.

This, in particular, didn’t work well for a guy like Ayton who was able to get the ball out of his hands in less than a second which allowed him to play faster and more freely. He ended up having 17 points on 8 of 9 shooting in the first half.

This also bodes well for a guy like Mikal Bridges who finished the game with 28 points and tied his career-high with 9 assists. With the guard spot being low in-depth with injuries to the team, Bridges handled a lot of the pick-and-roll action tonight which allowed him to create a lot of passes to open wing players such as Johnson, D-Lee, Ish Wainwright, and others.

Bridges, a lot like Ayton, alluded to how much more space Johnson allows the offense to create while he’s out on the court which also enables him to be a better playmaker because of it.

“One of the best shooters in the damn league. Trust me, there’s a lot of space out there, and it makes it easier in a selfish way for me to drive and not have no help getting to my spots.”

Coach Monty: “He brought a level of juice to the arena that we hadn't felt in a while. He got up off the bench & you could feel the fans & the community, like, that’s our guy."pic.twitter.com/POLDct6aGF

There’s no question that Cam Johnson was a big part of why the Suns were able to get back in the win column last night. What he did from a spacing standpoint allowed the other star players to play more freely than they have in months.

However, the biggest impact he had entirely on the team was his energy and hustle and Williams alluded to that as the driving force for why the team came out with a lot of energy tonight.

“He brought a level of juice to the arena that we hadn’t felt in a while. He got up off the bench & you could feel the fans & the community, like, that’s our guy.”