Arizona Cardinals have over 30 free agents this offseason 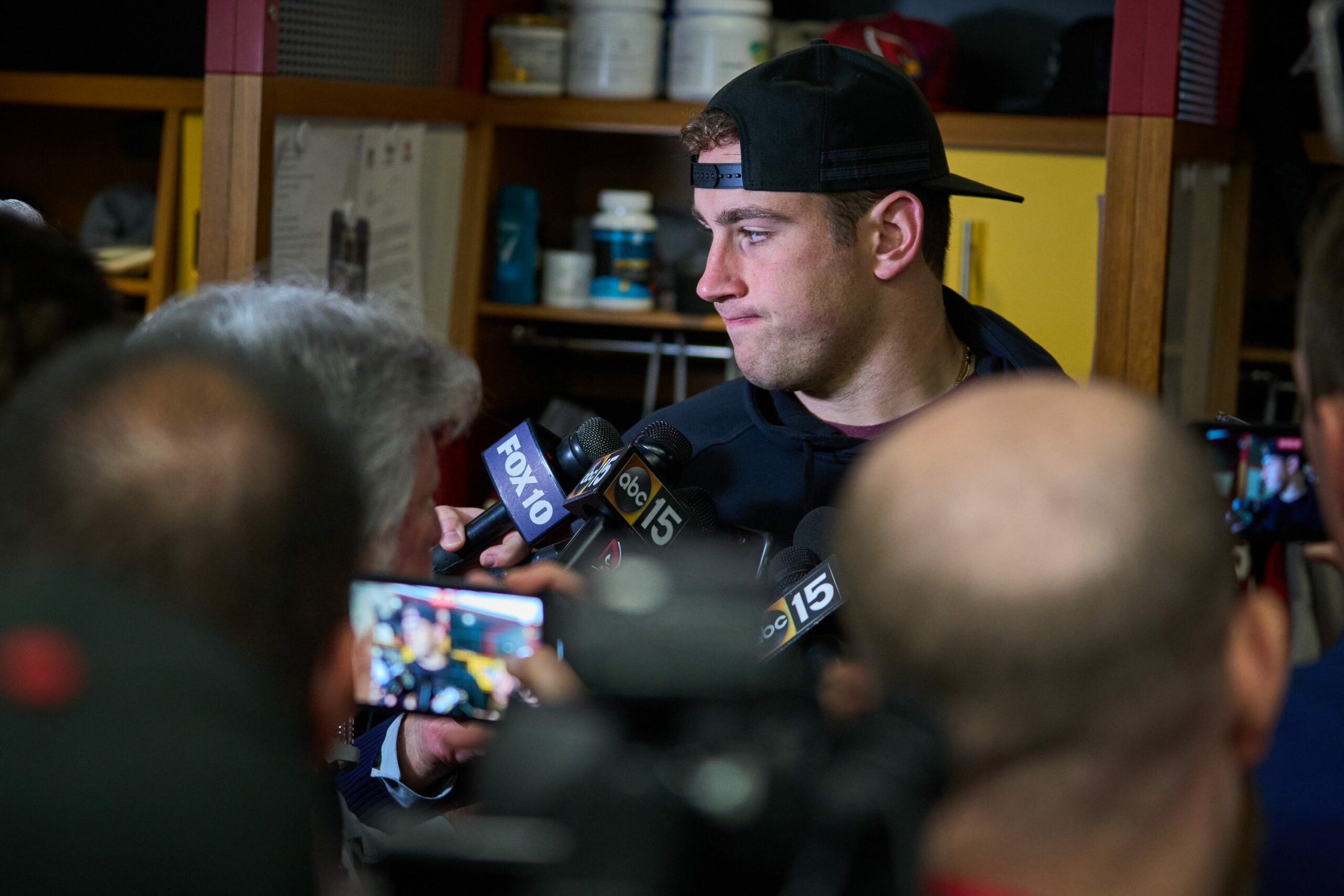 Arizona Cardinals defensive end Zach Allen (94) speaks to the media as he cleans out his locker at the Arizona Cardinals Training Facility on Monday, Jan. 9, 2023. Cardinals Locker Room Cleanout
Spread the love

We are just two days into the 2023 offseason, and the Arizona Cardinals are already in search of a new head coach along with a general manager.

However, this will be only the beginning of a very eventful spring.

In total, the Cardinals will have 31 free agents to sort through before Week 1.

The long list includes some pretty critical components for Arizona’s roster, including:

The Cardinals will have $20.3 million in cap space available, tied for the 12th most in the NFL.

Most likely, there will be a handful of releases starting soon. One would imagine, Arizona will not hold on to C Rodney Hudson who played only four games in this past season. This move will clear up $5.7 million.

Additionally, it is unlikely Arizona will hold on to Robbie Anderson for another season. After trading for him midway through the year, Anderson recorded just seven receptions in ten games. Releasing Anderson will save the Cardinals nearly $12 million.

On the priority list are K Matt Prater, who was lights out all season, and DE Zach Allen, who is coming off a career high of 19 QB hits and 5.5 sacks.

Lastly, it would be wise for the Cardinals to hang on to Greg Dortch who seemed to be on his way to have a breakout year. At only 24 years old, the 3rd-year WR showed flashes of promise with three breakout games with over 80+ yards receiving.