Will the Cardinals trade away DeAndre Hopkins this offseason? 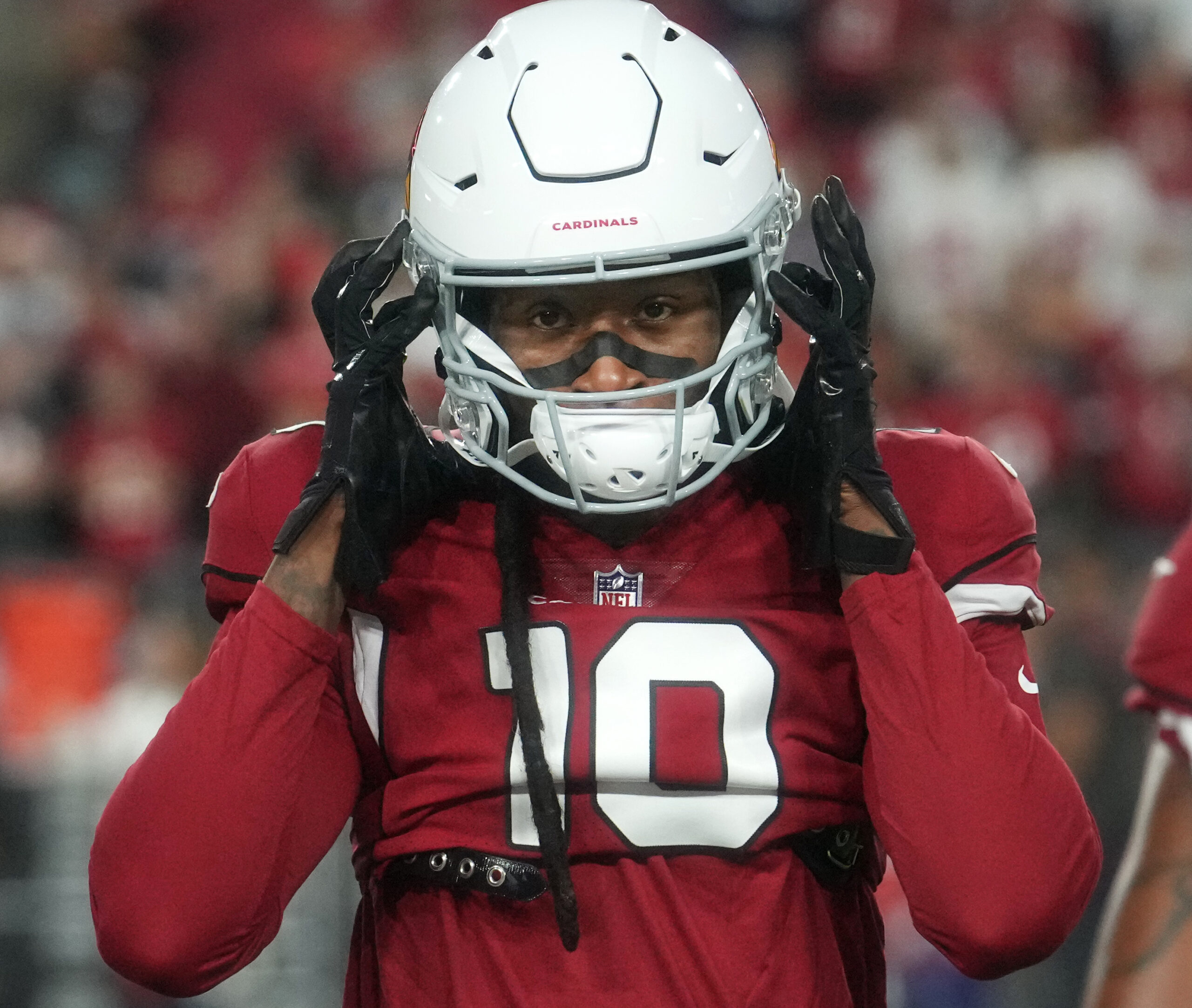 Cardinals’ star WR DeAndre Hopkins is once again popping up in trade rumors after a supposedly liked tweet.

Following this season’s trade deadline, numerous trade offers surfaced as the five-time Pro Bowler was found in “a flurry of trade calls,” according to NFL insider Adam Schefter.

However, Arizona was not willing to give up Hopkins, as he had yet to see much live game action because of a six-week suspension for violating the NFL’s PED rules.

But since Week 12, the 30-year-old is averaging barely over 55 yards per game and has brought in only one touchdown. While this can partially be attributed to the fact that QB Kyler Murray has been out since Week 14, Hopkins has seen his production dwindle ever since his red hot first two weeks.

This season, he is averaging only 11.2 yards per reception, tied for a career low. Additionally, his one lone reception for four yards last Sunday was his least productive game in his entire career, something that speaks volumes about the type of season it has been.

There is no question that DeAndre Hopkins is still one of the best wide receivers in the league.

However, if the Cardinals do have one strength on their roster, it would be their loaded depth at receiver. With the addition of Marquise Brown over this past offseason, the rise of Greg Dortch, and the pickup of Robbie Anderson, the struggles that Arizona has faced this season have not come from their hands team.

A post from NFL Rumors opened an intriguing discussion, leaving fans across the league stepping in with hopes of their team scooping up the Hall of Fame receiver this spring.

The post is no longer shown as liked by D-Hop, but this does not stop the NFL community from jumping to conclusions.

@tae15adams and @DeAndreHopkins the @ChicagoBears would be delighted by your presence next year. Y'all and @justnfields would be a menace to deal with… #DaBears

Deandre Hopkins and Derek Carr to the Patriots. It will happen. #pats

Would you want Deandre Hopkins on the Patriots to team up with Mac Jones and a new offensive coordinator??

After playing the first seven seasons of his career in Houston, the Texans traded Hopkins over to the Cardinals before the start of the 2020 season.

Hopkins then signed a 2-year, $54.5 million contract extension with Arizona in September of 2020. This means he is currently under contract with the Cardinals until the end of the 2024 season.

If the Cardinals did decide to trade him away this offseason, they would clear up $14.915 million in cap space but would also incur $7.75 million in dead money.

Whether this is something they are willing to do is still up in the air; after all, the general manager and head coaching jobs are not even set in stone for next season. This is considering GM Steve Keim is unlikely to return, and head coach Kliff Kingsbury seems to be slowly drifting away.

Should the Cardinals consider a trade?

While this is all speculation because the Cardinals have not specifically hinted at any trades, DeAndre Hopkins will almost certainly be mentioned in trade discussions after this season concludes.

The Cardinals have the league’s top-five worst defense from a yards and points allowed perspective. Granted, injuries have been a problem, but there is no question that they are in desperate need of additional help on the defensive end.

If Arizona were to trade away D-Hop, one would imagine they could receive some pretty attractive draft picks or a couple of young defensive weapons.

At 30 years old, Hopkins is the 14th oldest receiver in the league, and he knows more than anyone that his production is bound to dwindle.

On that note, given the Cardinals’ recent struggles over the last season and a half, it would not be surprising if Hopkins wants to end his career with a Super Bowl-caliber team.

He has only appeared in seven playoff games in his seven years with the Texans and three years with the Cardinals. A number that is extremely small for a player at his talent level.

Do you believe the Cardinals will consider trading away DeAndre Hopkins this offseason, and if so, who should they seek in return?