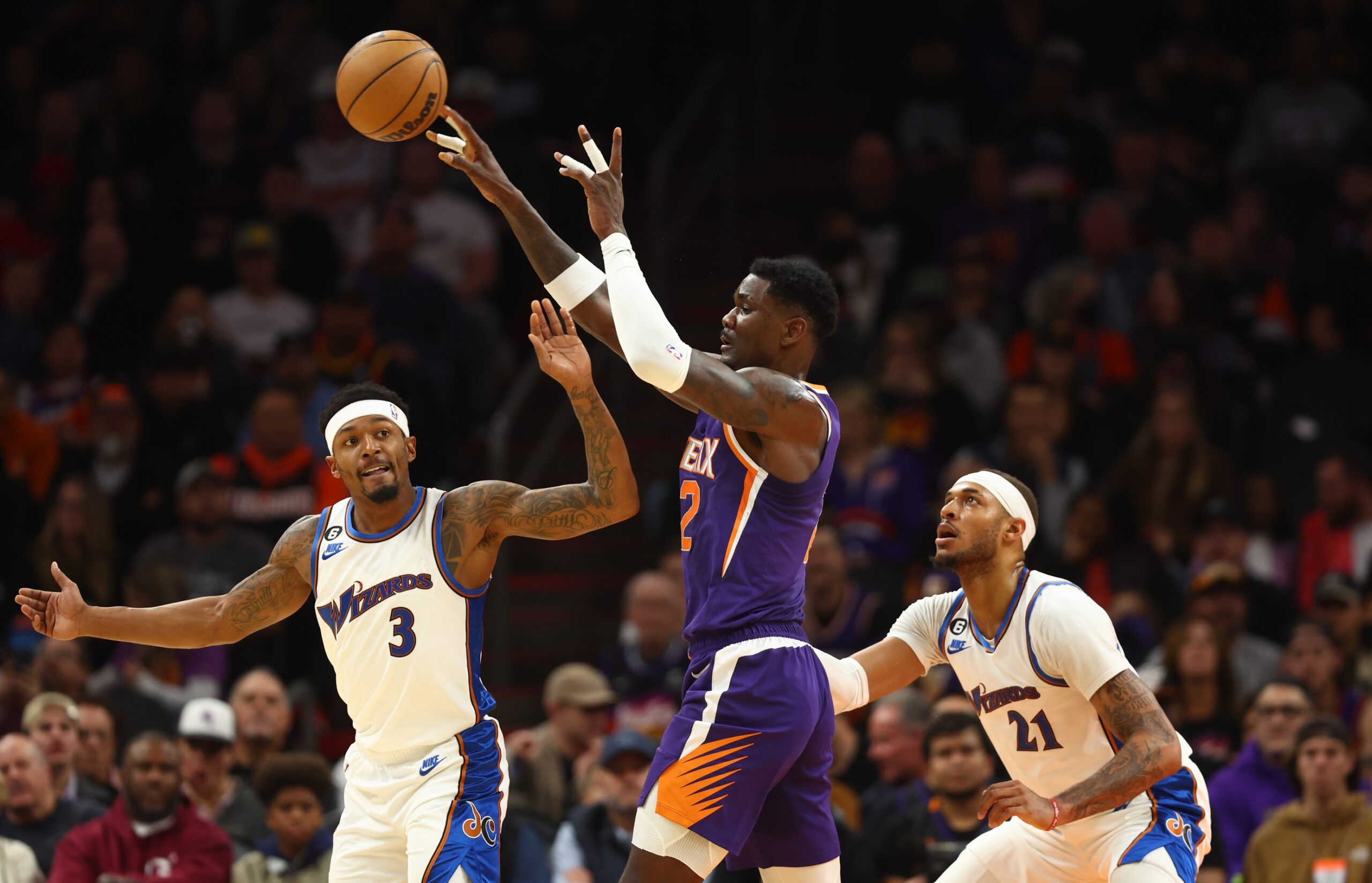 The Phoenix Suns are coming off a win against the Los Angeles Lakers on Monday. Being able to seal the win despite not having Devin Booker allowed Phoenix to maintain the No.3 seed in the Western Conference.

Unlike LA, the Washington Wizards will be traveling to the Footprint Center with a bit more firepower. With Booker out, the Suns will need additional help in containing Bradley Beal.

Washington has lost its last ten, putting a sense of desperation on the squad to finally rid themselves of the horrid streak.

It became evident that the Wizards wanted a statement win against the Suns, leading 53-48 at halftime.

Deandre Ayton should have another huge night stat-wise. Washington big man Kristaps Porziņģis is out (illness) which leaves an opening for Ayton. Ayton went for 21 points and 11 rebounds against the Lakers on Monday, who were without Anthony Davis.

Ayton was able to get off to a similar start with 12 points and four rebounds during the quarter.

While the Wizards aren’t the toughest competition in the league, they certainly pose a threat on any given night. That much was evident as they led for the first half of the quarter.

With Beal remaining fairly quiet, Kyle Kuzma was able to get the Wizards off the starting line. Kuzma scored eight points during the first quarter.

It was a fairly even match, with both teams shooting within the same percentile from the field. Phoenix was able to heavily outrebound the Wizards given Porziņģis’ absence. Torrey Craig was also responsible for the glass-cleaning for Phoenix with six rebounds.

Chris Paul had a relatively quiet first quarter, especially given his production on Monday. He went scoreless in the quarter with three assists.

Craig remained the lone starter in the start of the second quarter. With that, the Wizards were able to outscore the Suns 11-6 during the first three minutes of play.

Even with Paul and Mikal Bridges inserted back into the contest, it was Landry Shamet that was looking to put Phoenix out in front. Shamet was up to nine points after hitting two three-pointers on consecutive plays. He was 3-of-4 from downtown with seven minutes left in the half.

Despite shooting from Shamet, Phoenix found themselves behind with only five minutes remaining in the half. Turnovers (7) quickly became an issue for Phoenix, as they turned the ball over in back-to-back possessions allowing Washington to easily score on the other end.

Shamet continued to will his team from behind, even leading the team in scoring with 14 points at the three-minute mark of the quarter. He was up to four three-pointers on the night as well.

It wasn’t enough, as Washington was able to edge out Phoenix without their leading scorer in Beal being responsible. The Wizards aren’t going away, and the Suns have to figure out have to stop the significant role players that have stepped up.