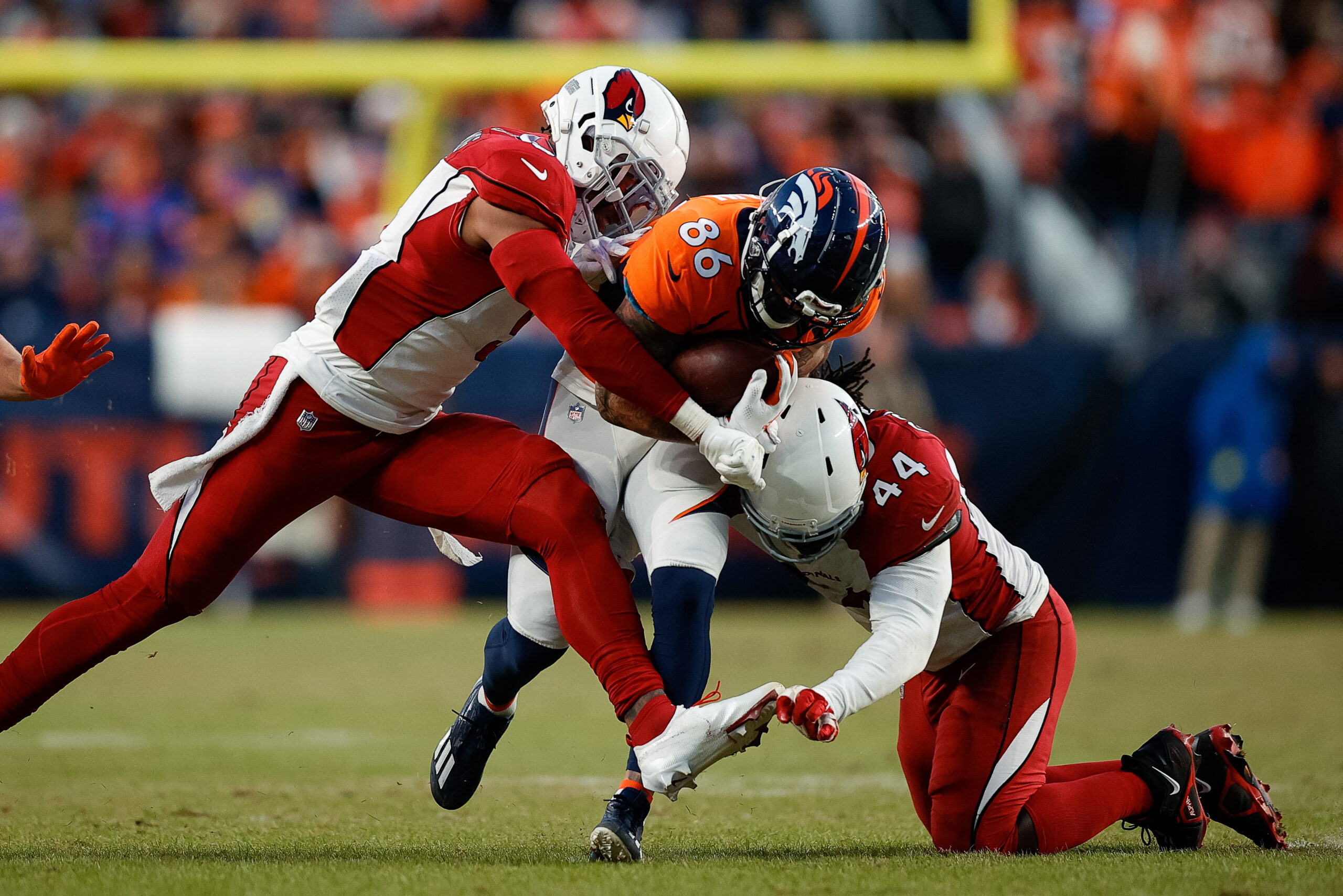 The Arizona Cardinals may have hit rock bottom this Sunday after falling to the 4-10 Denver Broncos.

Injuries continue to haunt, and there seems to be a new victim every week who enters the locker room early. This week, it was backup QB Colt McCoy who left after diving forward on a third-and-one attempt. The attempt was unsuccessful, and McCoy was ruled out for the rest of the game with a concussion.

As a result, Arizona was forced to turn towards third-string QB Trace McSorley, who finished with two interceptions and only 95 passing yards.

Although the Cardinals’ offense did answer back with a touchdown of their own, it was too little too late, and the Broncos were able to work the clock with the remaining time left.

A story of two halves for the defense

While the offense remained consistently bad, the Cardinals’ defense completely fell off in the second half.

Throughout the first two quarters, Denver barely averaged over three yards a play, and its only points came in the form of a field goal.

However, in the latter two, RB Latavius Murray had no problem exposing gaps and finished the game with 130 rushing yards on 24 carries.

Entering this afternoon, Arizona had a top-10 run defense; this will indeed drop quite a bit.

On a positive note, J.J. Watt looked as if he was once again in his prime. Watt had three sacks on the season, one of which was a forced fumble.

At least it is almost over

This was just the fourth time this season that the Broncos have scored more than 20 points in a game. Not to mention, they just did this with backup quarterback Brett Rypien.

Arizona, on the other hand, has lost four in a row and has fallen to 4-10 on the year. With three games left, and no chances of playoffs in the future, it seems as if the end of this season could not come soon enough, considering the number of players dropping like flies week after week.

The last thing the Cardinals need is for these injuries to trickle into next season. A clean slate is completely necessary.

What do you think Arizona’s next step should be?