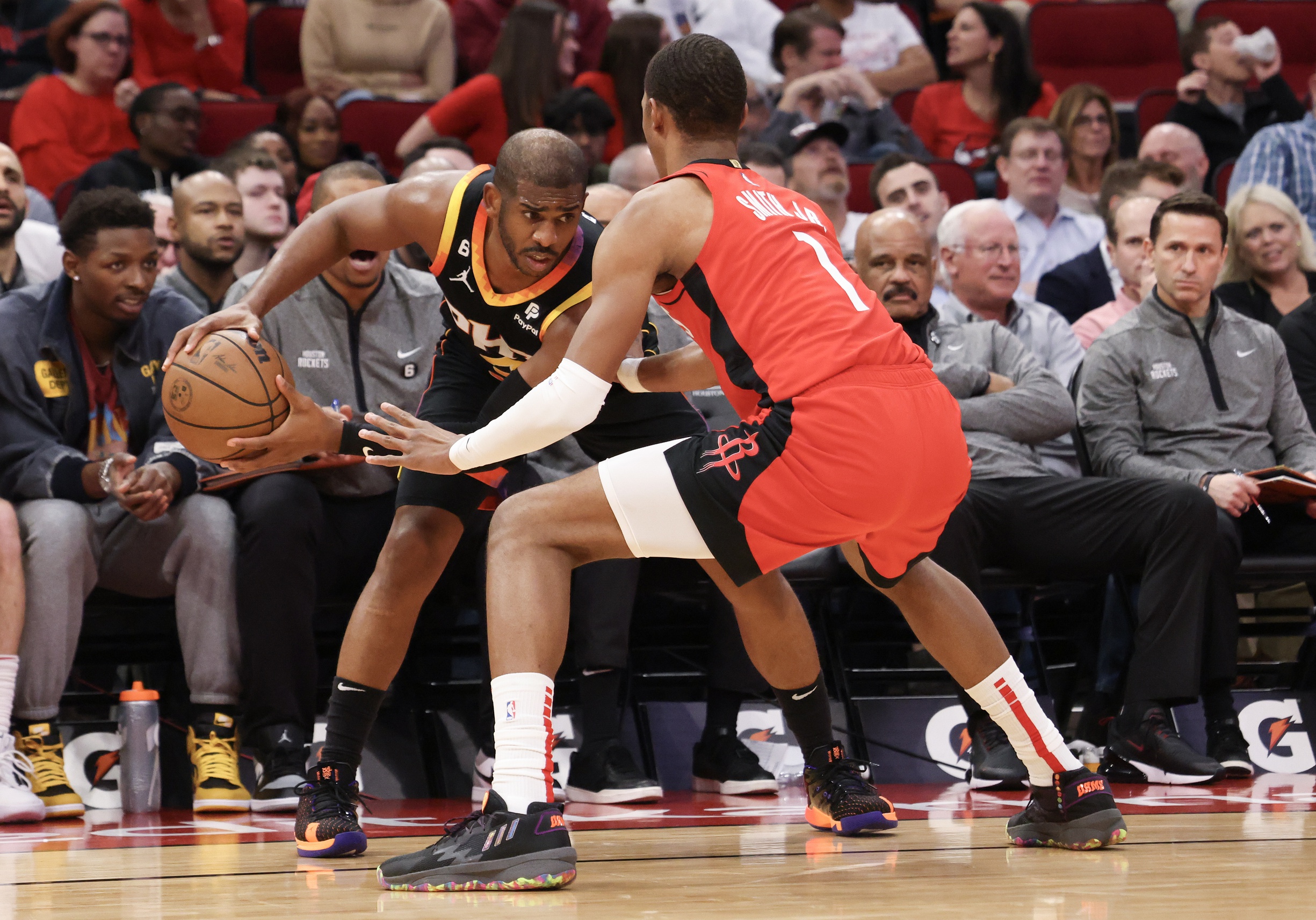 With the Phoenix Suns battling a few injuries coming into Tuesday against the Houston Rockets, a tight contest was slightly expected. That became an afterthought after two quarters.

The Suns showed signs of flaws in multiple areas of their game, and the Rockets quickly took advantage. Even when Phoenix briefly made things interesting in the fourth quarter, it was a small spark that faded away.

The end result was Phoenix now being on a five-game losing streak, losing 111-97 to Houston.

Such a lackluster showing became evident after Phoenix only put together 35 points in one half. For reference, Phoenix is a team that normally averages 57.3 points in the first half.

Phoenix was already without leading scorer Devin Booker, who’s out day-to-day with a hamstring injury. Even with Chris Paul back in the lineup, it was evident that the Suns could use Booker’s leadership as well.

In what quickly became a blowout first half, Cameron Payne, Phoenix’s leading scorer at the time, exited the contest with a right foot injury after eight minutes of play. The same was later the case for Deandre Ayton, who injured his left ankle and exited the game before halftime.

Even before Ayton’s exit, Phoenix was going nowhere fast. The Suns were outrebounded while also having another poor shooting night. The Suns shot 7.1 percent from three-point range (1-14) in the second quarter alone.

Without Payne and Ayton, the game quickly became dependent on Phoenix’s remaining starters in Paul and Mikal Bridges. Bridges, however, was in the midst of a historically poor night shooting-wise. Bridges was 4-of-24 from the field, getting most of his 10 points from free throws (8).

Though Paul was also part of the Suns’ horrific shooting, he looked to will his team back from the huge deficit. As such, Phoenix came within striking distance of making it a close game in the fourth quarter.

Josh Okogie became an integral part of Phoenix’s runs, but the Rockets were able to safeguard their lead with the efforts of Jalen Green. Green was already up to 22 points, five rebounds and four assists with more than seven minutes remaining in the game.

The Suns fought hard until the last minute, getting the lead down to 11 once more, yet there wasn’t enough time to match their late momentum. The Suns have now left fans with a bitter taste for the last five games, and the hope is that it ends soon.

Deandre Ayton and Cameron Payne Ruled Out For The Remainder Of The Game
The Suns Don’t Only Need Health, They Need A Little Soul Searching
Loading More Posts...