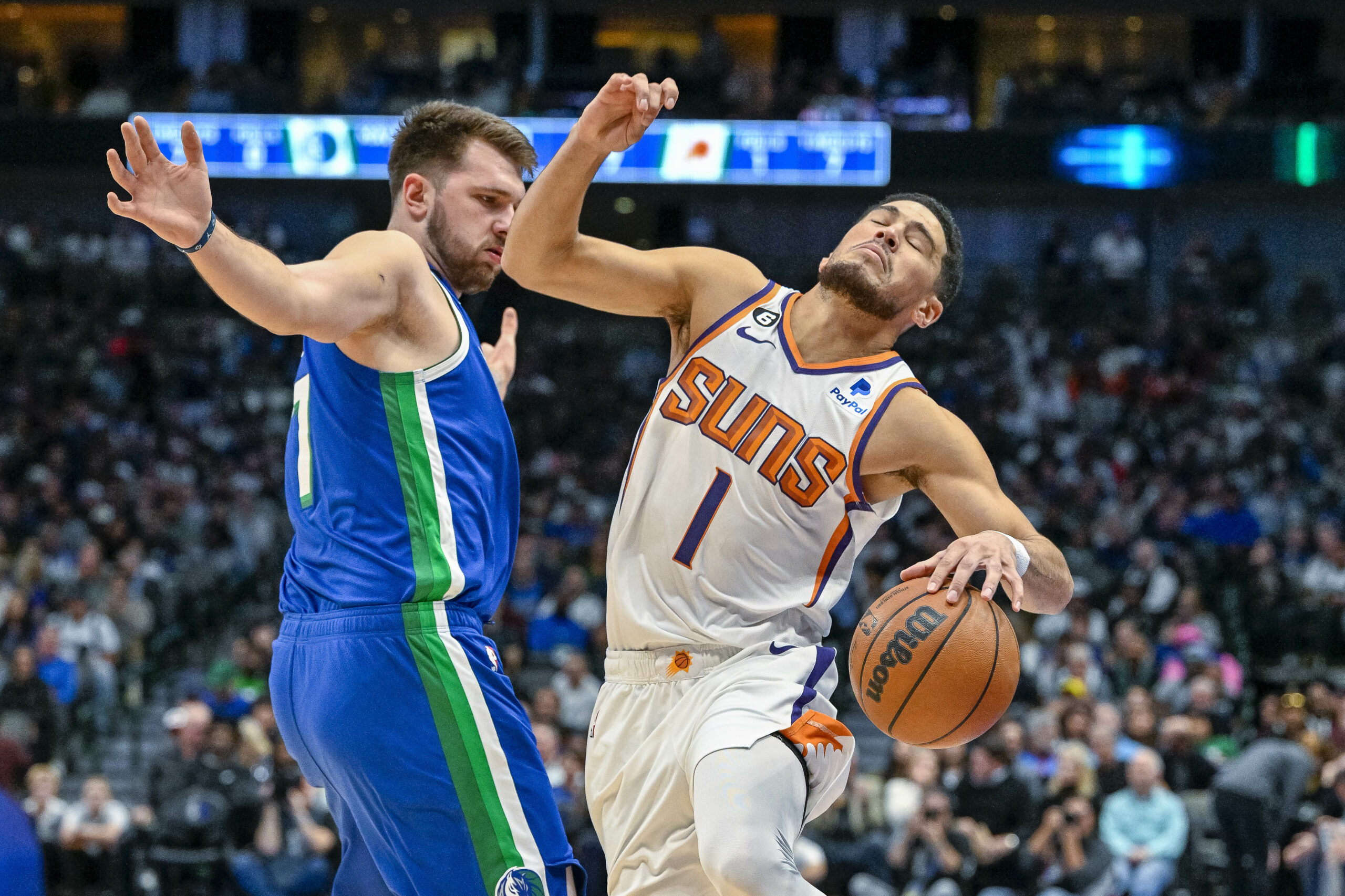 NBA fans are known for their short memories, and there may not be another player in the league with a tighter margin of failure than the Suns’ Devin Booker.

After scoring 40 points or more in three consecutive games last week, Booker found himself back in the MVP conversation. Fans throughout the league were regaining faith in the three-time All-Star.

Devin Booker was even named Western Conference Player of the Month for November.

However, all the love was quickly lost, and all it took was one bad quarter. Tonight, against the Mavericks, Booker had his first scoreless opening quarter since 2019, he shot 0 for 7.

By the end of the first half, Devin was shooting just 2 of 9 for seven points. This poor performance led to the Suns trailing the Mavs by 26 heading into halftime.

Devin Booker at half:

GETTING TAUGHT BY HIS FATHER LUKA 👀🔥💯‼️ pic.twitter.com/srht5hAcNP

It does not help that this bad night is coming against Dallas, a team that embarrassed Phoenix in the playoffs last year.

And fans are letting Booker hear it on Twitter.

Devin Booker at half

Best SG in the NBA? pic.twitter.com/Xm6toINeGJ

Devin Booker know it’s not Halloween right???? Looks like he dressed up as his performance in Game 7

Devin Booker made it a point not to make "the face" on this one.

Sometimes you just do not have it, but unfortunately for Devin Booker, he landed on the wrong night to have what might be his worst performance so far this year.