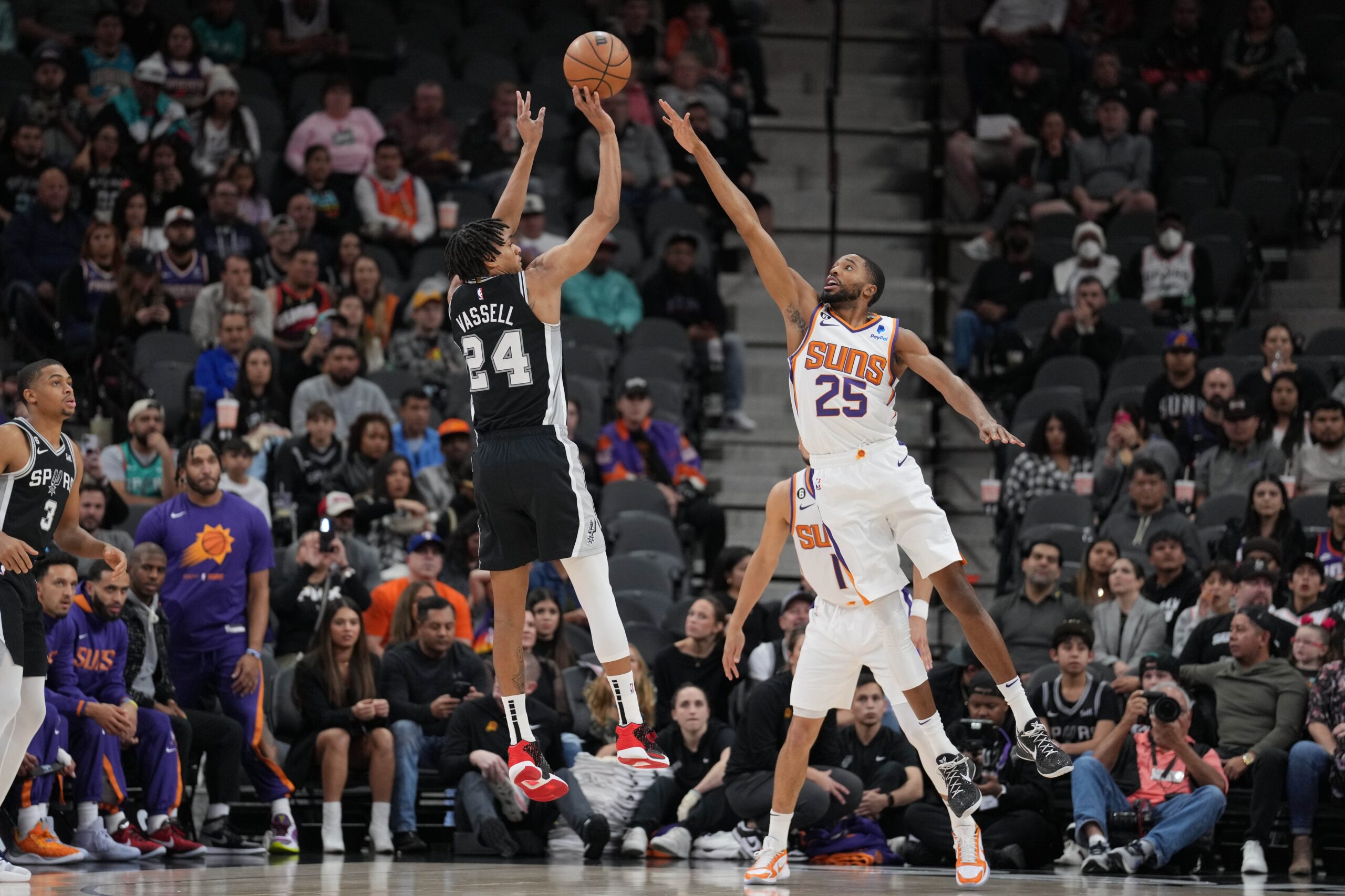 It’ll be a restart on a winning streak hopefully for the Phoenix Suns on Sunday. Phoenix traveled to go up against a lowly San Antonio Spurs team, but the Spurs seemed to have more fight than expected.

Both teams are significantly shorthanded, but Phoenix still holds a talent edge over San Antonio. Chris Paul, the leading floor general, was out once more for Phoenix. Torrey Craig also was out with a groin injury, giving room for Dario Saric to make a starting debut.

The Suns are coming off a disappointing loss on Friday to a young Houston Rockets team. Even so, Phoenix seems ready to put the loss behind them with a 71-41 lead over the Spurs at halftime.

It didn’t take long for the Spurs to put points up as they got off to a 7-0 run in the first quarter. The Suns weren’t able to convert on shots early, and the starters appeared a bit sluggish.

Phoenix eventually slid back into the competition. The Suns’ success relied heavily on Deandre Ayton and Devin Booker. Ayton appeared aggressive in his rolls off screens into easy buckets or assists. Ayton finished the quarter with six points, two rebounds and one assist.

Booker, who doesn’t seem to be worn down from his revved up playing time, played the entire first quarter. He finished the quarter with 11 points and three assists. Booker also shot five free throws, showing his willingness to get to the line early.

Devin Vassell and Keldon Johnson are the two figures for the Spurs that require extra attention. Vassell was responsible for helping the Spurs jump out first in the quarter with seven points. Johnson also contributed eight points.

Head coach Monty Williams went with his pure-bench lineup to start the second quarter. From a talent aspect, the playing field was fairly even between the two clubs. Jock Landale, however, was eager to show his former team how he fit in with the Suns.

Landale appeared to play with more authority in the paint, putting up nine points through only six minutes of play in the game. Paired with Landry Shamet, the two were able to lead the bench in scoring while keeping the Suns’ lead intact.

Despite Landale’s high-level production, it was still Ayton’s show. The Bahamian big man was putting his offensive arsenal on full display. He hit a three-pointer in the quarter, while also posting up Gorgui Dieng in another possession, resulting in a midrange fadeaway. Ayton was truly a man amongst men, finishing the half with 17 points, six rebounds and two assists.

Ayton’s play opened up doors on multiple three-point opportunities, primarily for Mikal Bridges. Bridges was electric from three-point territory, knocking down 5-of-6 attempts from downtown. Bridges’ fifth three-point attempt had put the Suns up by 26 with a little over a minute left in the half.

Booker wasn’t able to put up any points in the second quarter, but his supporting staff covered more than enough.

Much was evident as the Suns went into halftime with a 30-point lead.

No Torrey Craig for the Suns This Sunday
Suns Call it an Early Night on Spurs
Loading More Posts...