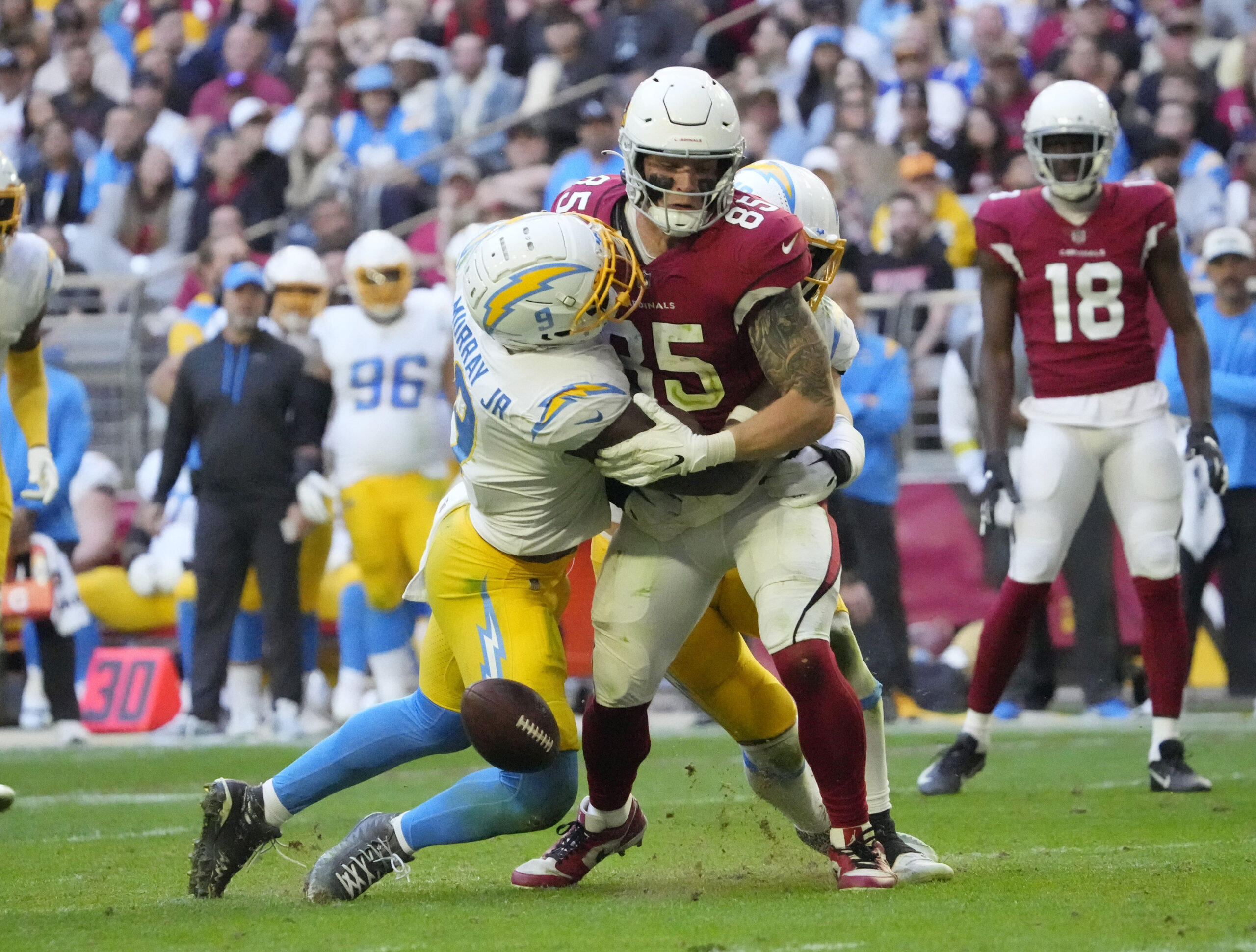 There are not many words to describe rookie tight end Trey McBride’s performance today.

With the veteran Zach Ertz out for the rest of the year, the Cardinals have been forced to speed up McBride’s timeline by a couple of years.

A situation in which things have not worked out well so far.

Through the first eight weeks of the season, the 23-year-old tight end actually had more penalties than he did receptions, something that is not easy to do in the NFL.

And things have not exactly gone any better since.

Though he played in 91% of offensive snaps in Week 10, McBride only brought in one catch for four yards. In Week 11, he gained 14 yards while playing 76% of the offensive snaps.

Week Twelve may have been the worst performance from McBride so far in his short career.

While being targeted three times, the rookie brought in only one catch for one yard.

And the other two targets ended up being some costly drops that can be partially attributed to the Cardinals’ loss against the Chargers.

The first dropped pass came with 10 minutes left in the fourth quarter. On a 2nd and 11 play, Murray threw a short 5-yard dump off to McBride, which fell out of his hands after contact.

Although not a first down, the drop set up the Cardinals for a third and long attempt.And on this attempt, Kyler Murray connected with James Conner for nine yards, which would have been a first down.

The second drop was a bit more costly and could not have come at a worse time.

In the midst of a string of three-and-outs, Arizona’s offense was desperate for some help to move the chains.

And on a third and five attempt, backed up at the 30-yard line, McBride dropped what would have been a first down conversion.

A play that completely changed the dynamic of the game.

Of course, it is way too early in Trey McBride’s career to jump to any conclusions.

The Cardinals by no means expected him to see so much playing time, as there was no way 3-time Pro Bowler Zach Ertz was being replaced.

This is still the same tight end that Arizona thought so highly of that they drafted him with their first pick in the 2022 NFL draft.

McBride is, after all, the same player who won Mountain West Player Male Athlete of the Year and the John Mackey Award in 2021.

There is still plenty of time for Trey McBride to progress into the star the Cardinals were hoping they were getting, but, as of now, their rookie tight end is causing more harm than good.