PREVIEW: Suns Travel Across State To Miami In Hopes For a Bounce Back Win 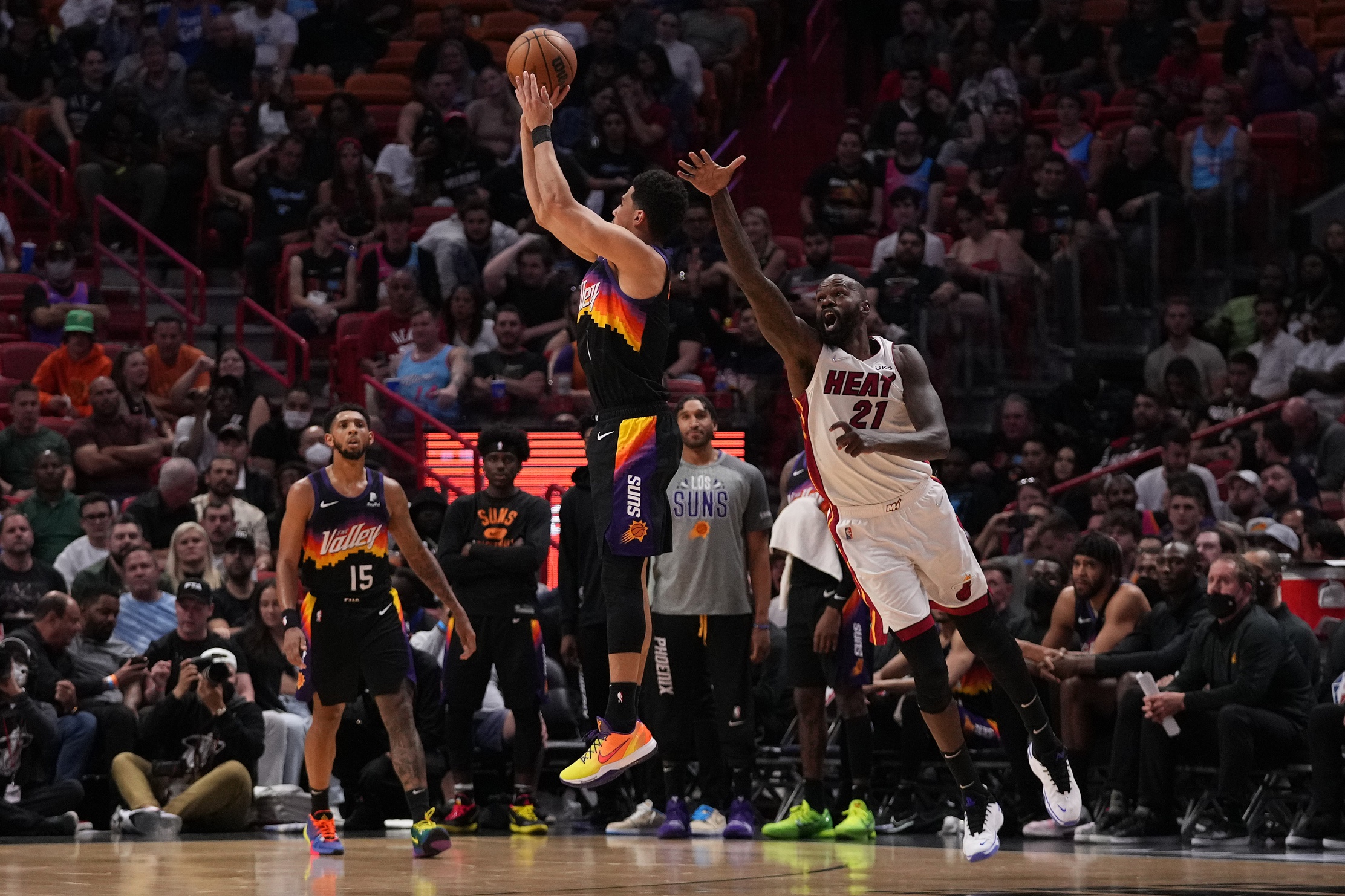 The Phoenix Suns is coming off a tough loss to the Orlando Magic who was without star player Paolo Banchero in a game where where the Suns lost 114-97. The Suns are now ready to flush that game down the toilet as they are going to take on the Miami Heat who are coming off a big win against the Charlotte Hornets.

The Suns were without three key players last game as they were missing Chris Paul, Cam Johnson, and Landry Shamet. With the Suns thin off the bench and rotational players playing starting minutes, the Suns struggled mildly against a young hungry Magic team that featured a lot of great young depth on their team.

The Heat is coming off of a big offensive explosion against the Charlotte Hornets which saw 5 players score 20 points or more and guard Max Struss leading the way with 31 points as they scored 132 points to carry them to victory. In a season where the Heat have been inconsistent in shooting the ball, their starters came to play and are no easy slouch, especially with Landry Shamet and Cam Johnson out and Chris Paul questionable for the third game in a row. Here are a few things to look for in today’s game.

Bounce Back Game For the Starters:

The Phoenix Suns had an off-game shooting against the Magic as they only shot 40% from the field and 31% overall from three. The Suns as a whole played solid defense but just kept giving the Magic too many second-chance points to add to their leads. A lot of that had to do with the performance of the starters. Only one player scored more than 20 points in the game and that was Cameron Payne. Devin Booker had an off-game shooing as he was 6-19 overall and 2-8 from three on the game while scoring 17 points. Mikal Bridges after a season-high performance against the Timberwolves also had an off-game shooting as he was 3-13 overall for the game while scoring only 8 points. Deandre Ayton was efficient from the floor but couldn’t rack up more than 30 minutes in the game due to foul trouble as he is now averaging 3.2 fouls per game.

All of this is to add that the Suns just need to get better production from their starters, especially with their role players playing more minutes than usual due to injuries. The Heat is a team that ranks 24th in the league in opponent 3-point percentage and 24th in opponent field goal percentage. The Suns will be able to get a lot of good looks tonight from the floor, they just need to capitalize on them.

Battle Of The Two-Way Centers

Deandre Ayton will have his hands full today as he will be battling against Bam Adebayo who is recognized as a top two-way center in the NBA. Adebayo is coming off of a game where he scored 24 points on 61% shooting while racking up 15 rebounds, 4 assists, 1 steal, and 1 block against the Hornets. Adebayo is averaging 1.2 steals per game this season which ranks him second only behind Nikola Jokic amongst Centers in the league so far this season. Ayton who is also regarded as one of the ten best two-way centers is having a career-low in rebounds, steals, and blocks while having a career-high in fouls per game. Ayton will have his hands full against a player that does a great job at forcing fouls.

A key stat to look at for Adebayo is that he is scoring the thirteenth most points in the fourth quarter so far this season. With a guy like Ayton that gets into foul trouble early, he’s going to have to do a better job of staying out of foul trouble and being on the floor to defend one of the top clutch performers in the league this season.

Leading scorers in the 4th:

Both Ayton and Adebayo are in the top 20 when it comes to defensive ratings with 108 and 108.5 respectively. When Ayton is on the floor especially late in games, he is a huge difference-maker on the defensive end. This matchup is going to be the key to determining who comes out on top in today’s game.

The Suns are looking to get back in the win column and stay out on top in the western conference against the Heat tonight at 5:30 in the FTX Arena tonight.