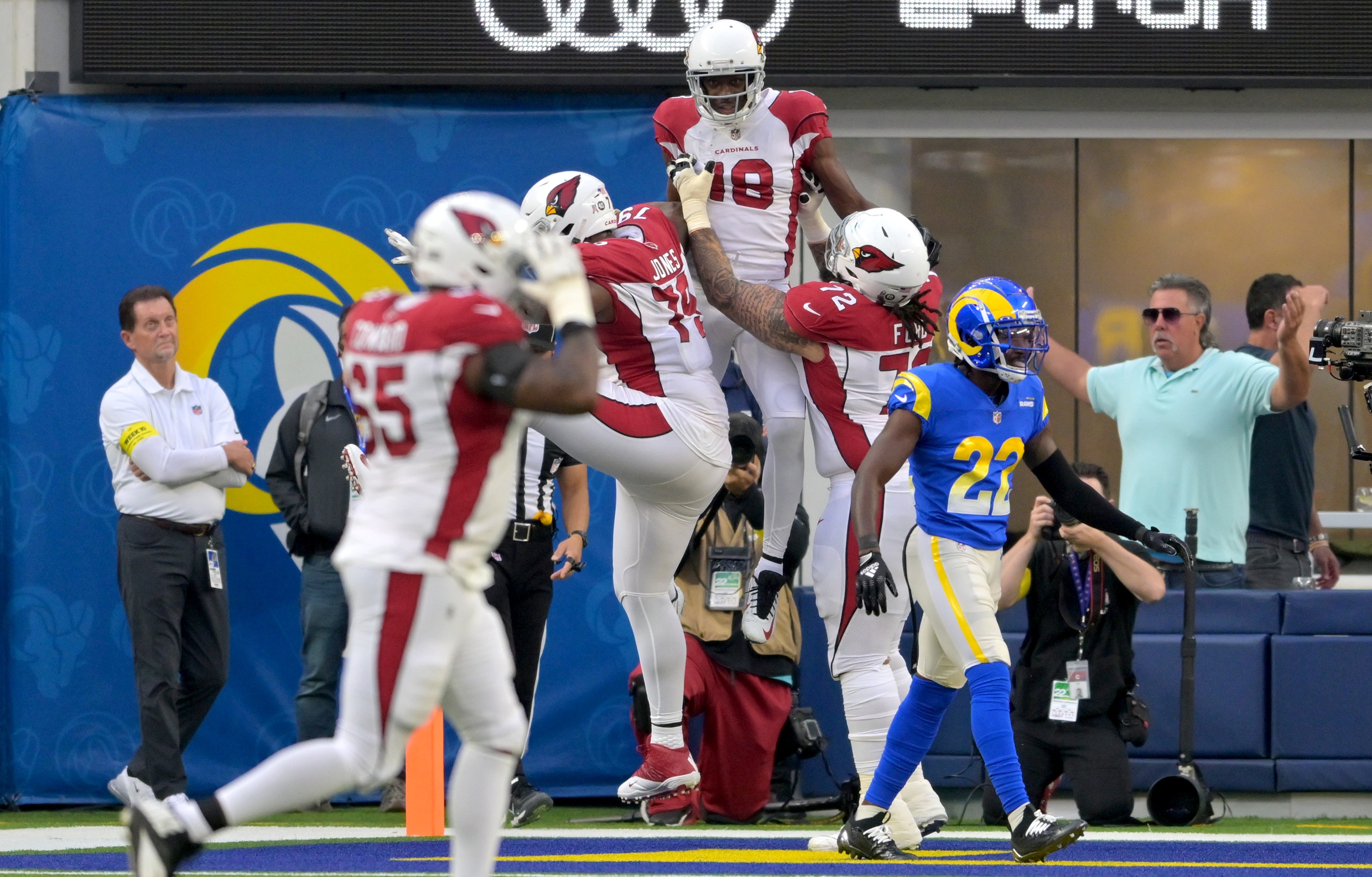 If anyone needed a summarization of the Arizona Cardinals in Week 10, Budda Baker‘s late-game interception would do just fine. The Cardinals found themselves with a lengthy injury list, but that played in Arizona’s interest.

The Cardinals walked away victorious over the defending champions Los Angeles Rams on Sunday. As the fourth quarter nearly expired, the contest seemed far out of reach for the Rams.

As most would notice, backup Colt McCoy seemed to pay off well in contrast to an injured Kyler Murray.

No Kyler
No Hump
No Murphy

Can we just leave McCoy in for the rest of the season? @AZCardinals

What a game by the Cardinals’ o-line, down 80 percent of their starters and facing Aaron Donald.

The Rams were also without their starting quarterback in Matthew Stafford, but McCoy stole the show between he and John Wolford.

Fans on the internet went crazy for a split second with Trace McSorley making his way into the game after McCoy was injured.

Throw it on a dime 🎶

My insatiable lust for schadenfreude demands this matchup.

The Gods must oblige.

There will be quite a few kneejerk reactions as to the difference that was displayed with McCoy versus Kyler Murray. Murray was questionable before being listed out with a hamstring issue.

McCoy was able to display a strong passing game, completing 26-of-37 passes for 238 yards.

Though Baker was expected to miss Week 10, the star safety was flying around making his presence known on defense for Arizona. Such was evident from his fourth quarter pick that sealed the Cardinals’ win.

Though it’s only one game, the Cardinals do appear more settled on offense with McCoy in the pocket. There’s no reason to believe that such a change would transpire of Murray being benched, but it could be the case later. Murray will certainly be put under the scope from even one game with McCoy at the reigns.

The Cardinals improved to 4-6 on the season, and head into Week 11 against the San Francisco 49ers.