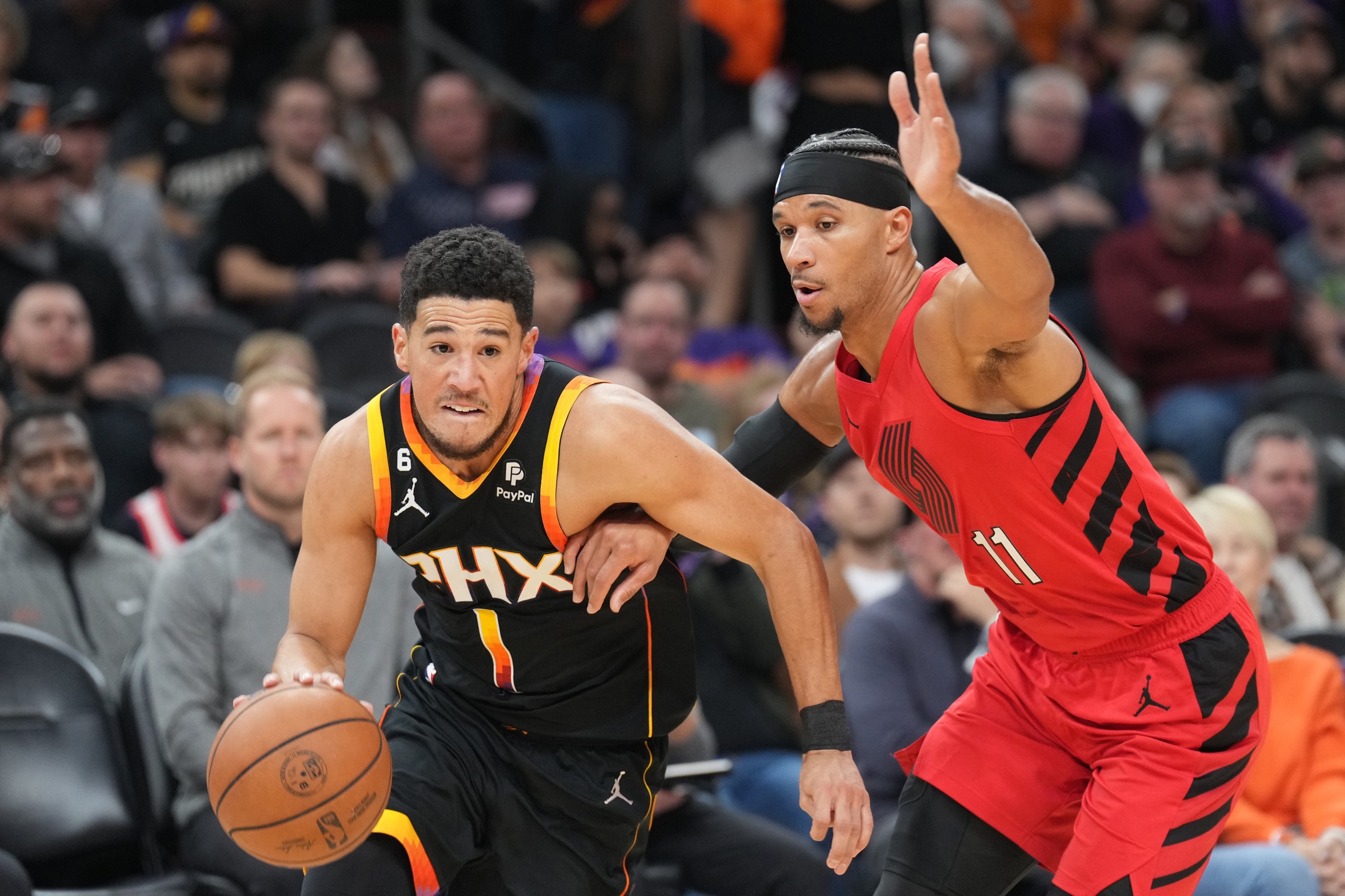 The Phoenix Suns were looking to put Friday’s loss against the Portland Trail Blazers behind them on Saturday. Ironically, the hurdle in their way once again was the Trail Blazers.

If Phoenix was unable to come away with a win on Friday, Portland would successfully sweep the Suns in the season series. While it doesn’t project the entire outlook for both squads on the season, Phoenix was determined to set the tone.

The Suns were victorious in their efforts, winning 102-82 over Portland.

The Suns are without Cameron Johnson for the foreseeable future. With that, more role players will have to step up in his absence. Phoenix was able to count on Torrey Craig, as head coach Monty Williams inserted him as a starter. Craig helped fill a void left behind by Johnson as he handed out a number of assists while finding his way to the corner for open three-pointers.

The rest of the starters gave impressive efforts. Deandre Ayton was seen contributing massively on both ends of the floor, including to highlight reel blocks during the same play.

Phoenix was also able to control the rebounding department over Portland, and free throws seemed to come effortlessly to the Suns.

The Suns were able to put locks on Jerami Grant during the first half. Yet where Grant left off last game, Shaedon Sharpe picked up on Saturday.

Still, Phoenix had settled into a rolling momentum that allowed them to lead 61-40 at the half.

Phoenix allowed less than 25 points from Portland during the third quarter. It wasn’t the Suns’ best quarter shooting wise, but the defensive efforts steered off the Blazers.

Devin Booker lead the way for all scorers at the conclusion of the third quarter with 24 points. He also had three rebounds, three assists and two blocks. It appeared as though Booker was shaking off some bad shooting nights prior to Saturday.

The Suns have controlled the pacing and defensive efforts of the game, and that continued through the third quarter. The Blazers had twice as many turnovers (14) as did the Suns (7) by the end of the third quarter.

Jerami Grant had attempted to catch up to his prior performance, but the Blazers appeared far in the rearview at the end of the third.

Josh Okogie came in and made an immediate impact on the defensive end with an impressive steal on Sharpe. Landale and Saric continued to work on their frontcourt chemistry, with Landale registering four assists and three rebounds for the night. Even with Landale resting, Bismack Biyombo came back in, and his reigning dominance continued. Biyombo recorded three blocks during Saturday.

With the win, the Suns improve to 7-2 on the early season. With a lengthy homestay out of the way, Phoenix will travel to play the Philadelphia 76ers next on Monday.