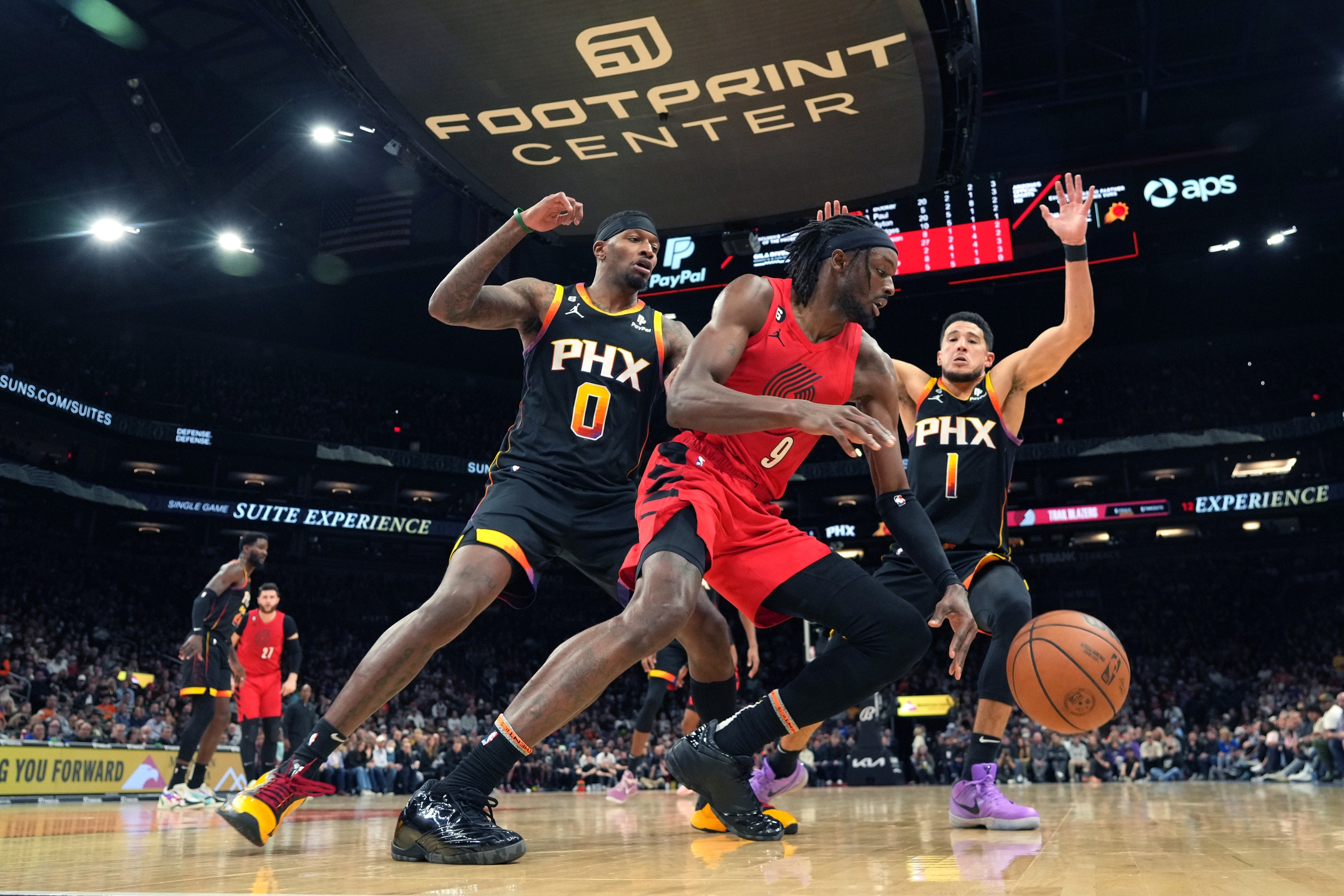 There’s a tense rematch brewing on Saturday for the Phoenix Suns. Phoenix will complete its third meeting with the Portland Trail Blazers, and the hope is that the result will be different for once.

Phoenix has only lost two games so far, and both of those have been due to Portland. Phoenix’s second loss to Portland came only a day ago on Friday, with a controversial game-winner sealing the deal.

With the Suns itching for a comeback statement, Phoenix leads 61-40 going into halftime.

The Suns are shorthanded after reports came about that Cam Johnson had possibly torn his meniscus. With such devastating news before tipoff, head coach Monty Williams decided to name Torrey Craig to the starting lineup.

Craig isn’t in unfamiliar territory with his starters, and he showed that much early. He put up five points along with two rebounds and three assists through his first six minutes of play.

Deandre Ayton was efficient during his play in the first quarter as well. He scored six points on 3-of-4 shooting while grabbing three rebounds.

A larger issue for the Suns last game was limiting Jerami Grant to so many looks. That being said, Grant went 1-for-3 form the field during the first quarter.

Mikal Bridges was well aware that he’d be depended on more with Johnson out. He looked to increase his role on offense, scoring seven points while going perfect from the field. Bridges also had two assists and a steal.

Devin Booker matched Bridges scoring output while adding a block to his numbers.

Phoenix led Portland 35-26 at the end of the first quarter.

The Suns returned to their double-big bench unit at the start of the second quarter. While Jock Landale has been sensational this season, Phoenix is still bringing along Dario Saric who’s been shaking off the rust.

The Suns were dominating the Blazers on the boards around the nine-minute mark. Phoenix was up 11-5 in that area over Portland. The Suns were also controlling the glass on the offensive end. Landale himself had two offensive rebounds around that timespan.

Chris Paul was inserted in similar fashion as Friday during the second quarter. His veteran presence was meant to stabilize the bench, and Williams stated Friday that he wanted more shots from his star guard. That stint didn’t last before Williams sent Bridges and Ayton back in.

Ayton was emphatic in the paint, getting two consecutive blocks during the same play on different players.

Shaedon Sharpe seemed to be the next player from Portland to step up in the Footprint Center. He had 11 points on 5-of-6 shooting around the five-minute mark of the second quarter.

Portland had a hard time converting shots against Phoenix however, coming up with seven consecutively missed shots with five minutes left.

The Suns also were leading the Trail Blazers from the free throw line. Portland had only taken four free throws compared to Phoenix’s 13 with nearly three minutes left.