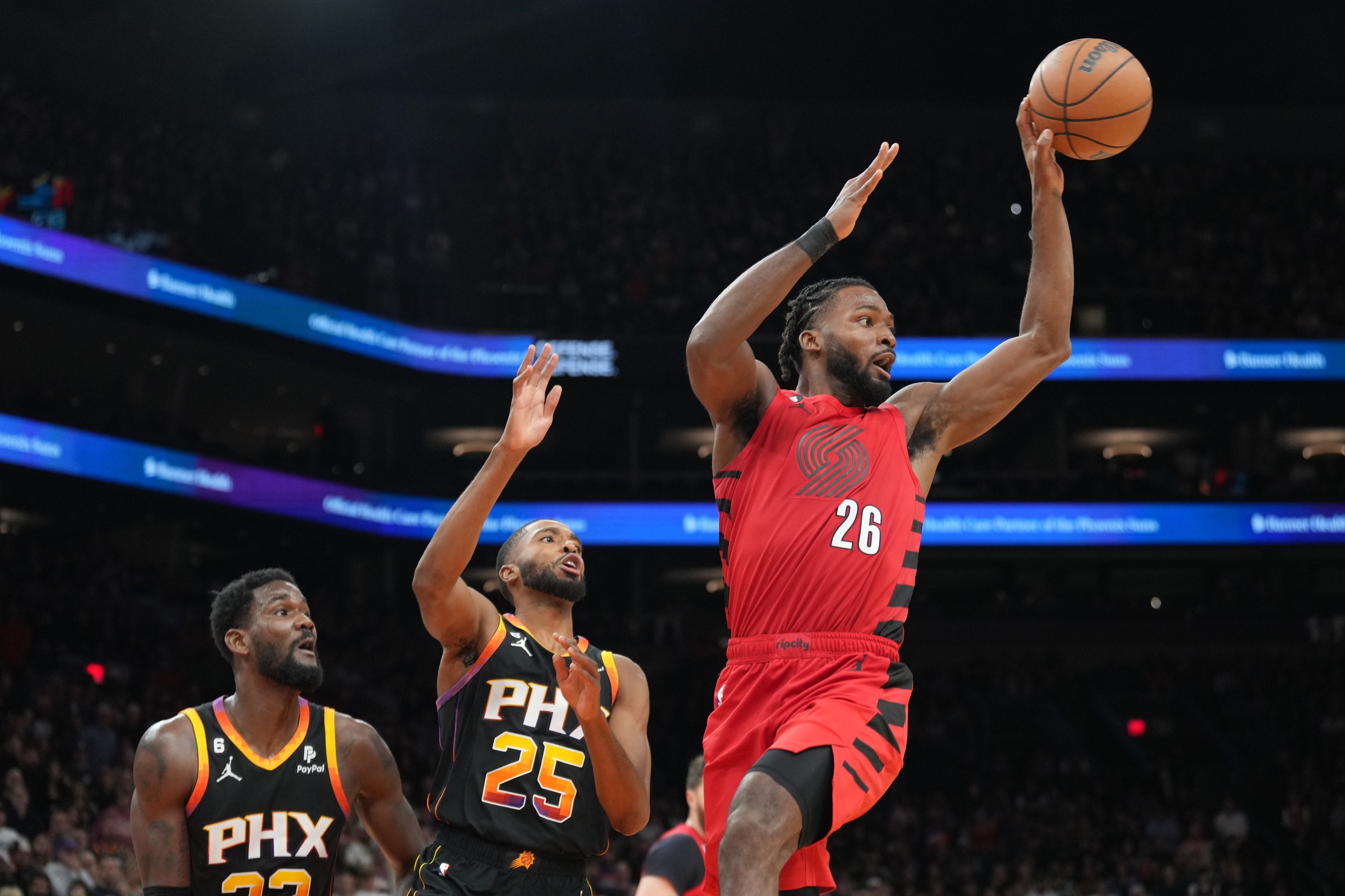 The Phoenix Suns lost a tough one last night to the Portland Trail Blazers by a final score of 108-106 after Jerami Grant hit an impressive game-winner to send the Suns home without a sixth straight win to show for it.

Jerami Grant With the Game Winner as the Suns drop their first game at home this season losing 108-106. Heartbreaking way to go down as they fall to 6-2 on the season pic.twitter.com/CeQlblppzU

After the game coach, Monty Williams talked to reporters about the game-winning shot Jerami Grant hit to give them their second loss on the season.

“It’s a tough play. They throw it overtop, they make a circus shot, we switched and got one second on the clock. You’re thinking lob or catch-shot, so we put Biz (Bismack Biyombo) on the ball to force that kind of a pass and he hit a tough shot.”

That tough shot was mentioned all over social media after the game as fans got into a bidding war of whether or not there was travel during that last play that Grant took the shot. What’s often overlooked however is that before that sequence, the Suns had a chance to take the lead and potentially win the game as Mikal Bridges traveled before he eventually made the shot on a great heads-up play by Devin Booker who was double-teamed on the play.

Williams believes that the play with Bridges could’ve gone either way with being a travel or not.

You could’ve argued that he got tripped on the travel if you look at it closely, but that was such a quick play. We’ve dealt with that before and executed well, we just had a tough result.”

Booker after the game mentioned that he felt that he made the right play and that he would go to Bridges again if the play presented itself.

“You know if they double team me I’m going to give it to him every time,” said Booker. “Whoever’s in that position whoever is open on this team you know that’s what it comes down to trusting your teammates and every possession I’m going to do that.”

As a leader on this team, Booker never shies away from criticism. And he believes that today was just a challenging experience that will hopefully benefit him and his team down the stretch.

“We are just trying to continuously get better. I told you at the beginning of the season, having a franchise record
last year and getting bumped in the second round isn’t a good feeling. So, we are coming with the mindset where
we are just focused on getting better. Wins and losses aren’t really a good thing as long as we have home court
advantage and we are in the playoffs.”

The Suns’ 55-game win streak of allowing a team to score under 110 points and win got snapped last night as they now move ahead to today’s matchup against, you guessed it the Trail Blazers in hopes to get back in the win column and get their first win against a Trail Blazer’s team that’s looking like the team to beat in the Western Conference early in the season.