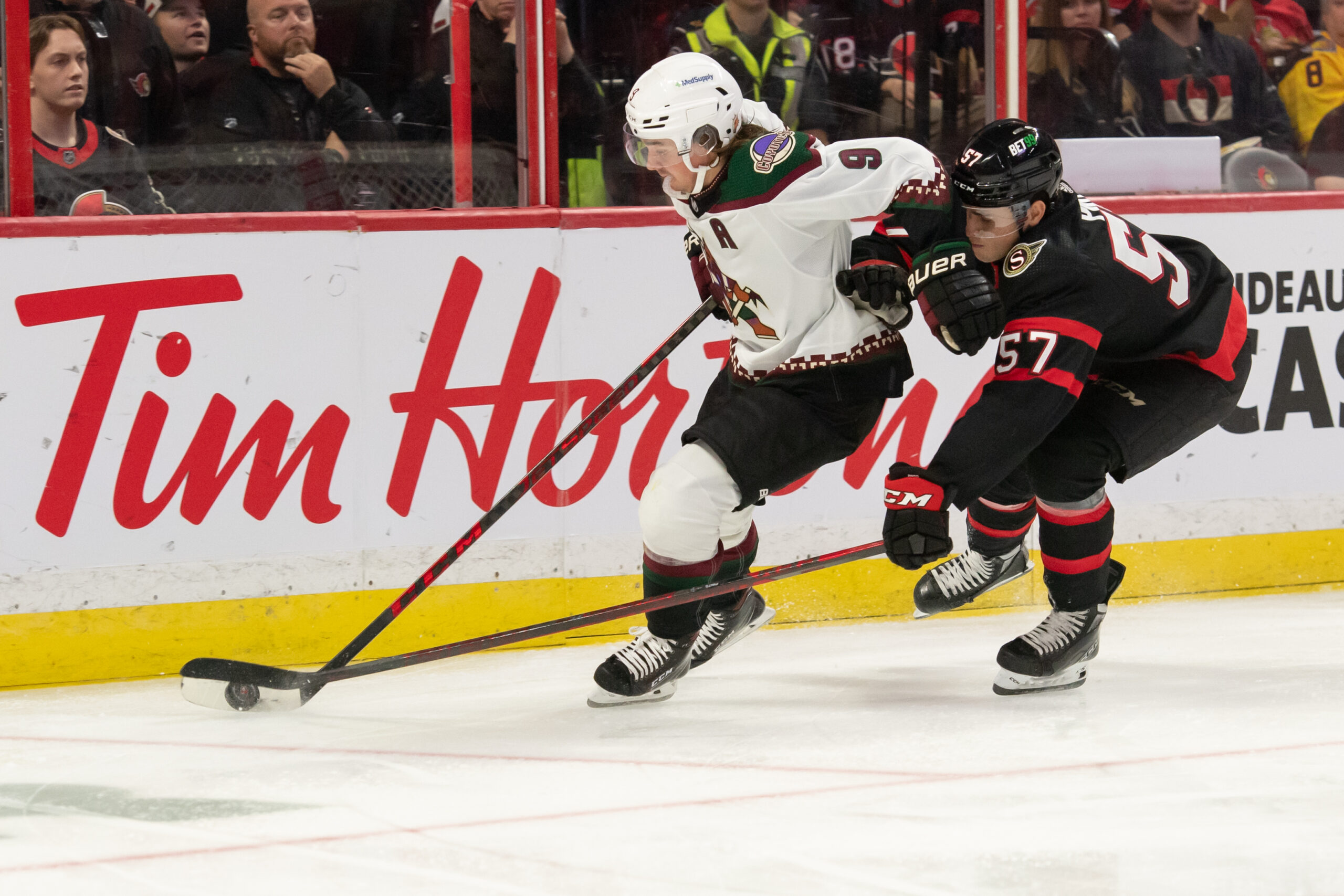 The Arizona Coyotes taking on the Ottawa Senators Saturday afternoon. Looking to get the second win on this young season. However again and again, the Yotes give up early scores putting them in the hole early. A hole that is nearly impossible to climb out of.

Coyotes Give Up Goals in Bunches…

The Arizona Coyotes has been down 2-0 or 3-0 in most of their games, usually by the end of the first period this season. That is no way to win games in this league.

Seven minutes into the game Saturday, and the Senators already have a 2-0 lead over the Coyotes. Shane Pinto and Josh Norris both scored a goal with minutes of the game starting.

Ending the first period with a two+ goal deficit is becoming a usual thing with the Coyotes.

In the second period the Yotes came to play, making the game competitive going into the third period. Dylan Guenther scored the Coyotes first goal of the night a little under two minutes into the second period.

With the game 2-1, Brady Tkachuk put in a goal for the Senators to bring the lead back to two at 3-1.

Clayton Keller made it a game once again, scoring the second goal for Arizona. As the second period came to an end it was the last time this game would have a question around it.

The Third Period was all Ottawa:

Before the blink of an eye, Ottawa took a commanding 6-2 lead in the third period.

That is where this game ends.