Did Andy Dalton Save the Cardinals from Implosion? 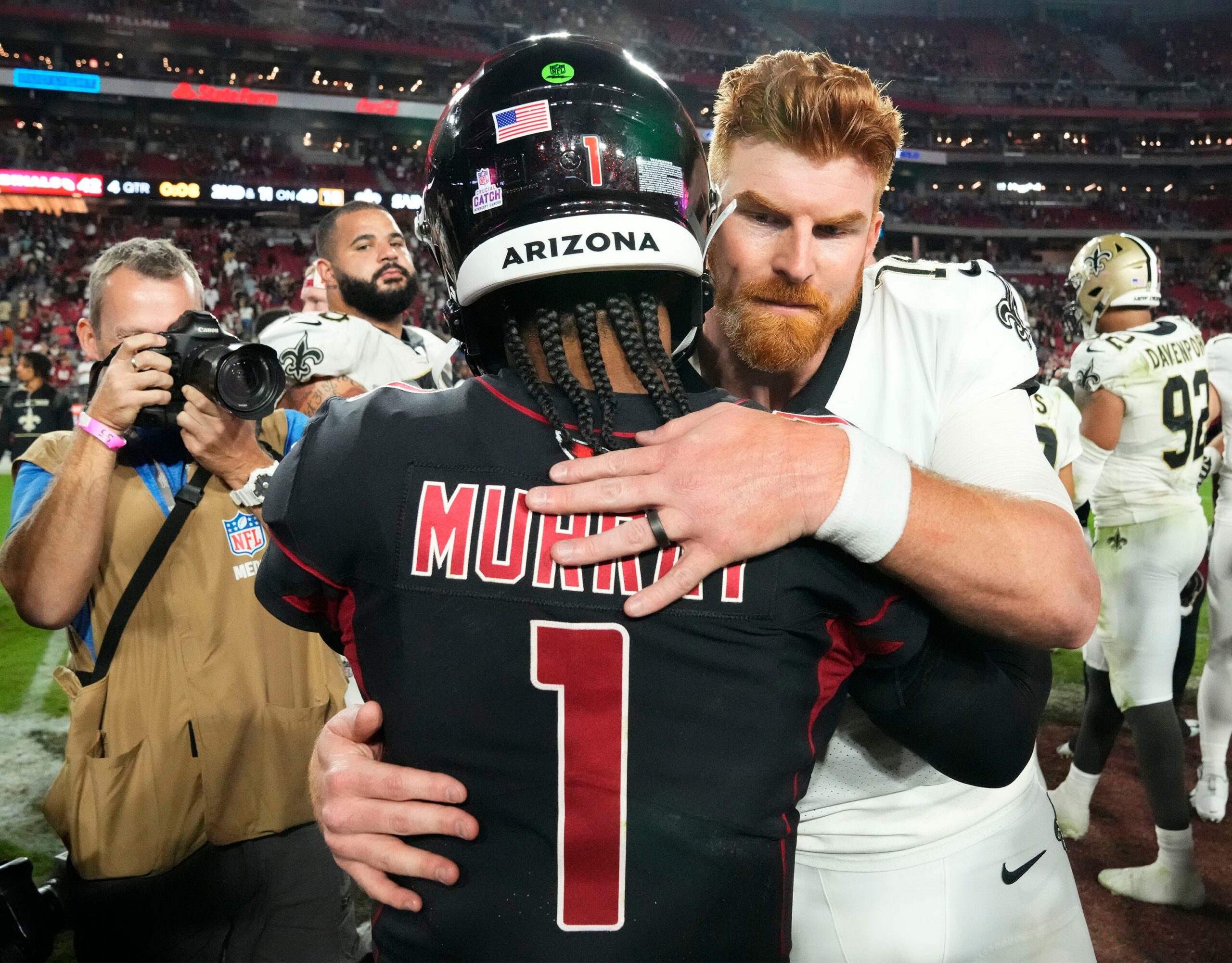 The Arizona Cardinals came into Thursday Night Football on the brink of imploding. Kyler Murray‘s below average play mixed with Kliff Kingsbury‘s awful play calling has made a cock-tail that a cartoon villain would be jealous of. Somehow, someway, the “Red Rifle” himself stepped in and saved them, for at least one more week!

The Trifecta of Interceptions…

The trifecta of interceptions that ultimately saved the two faces of the Arizona Cardinals from dealing with another depressing loss.

Andy Dalton in the red zone with a chance to go up 21-6 and send the State Farm Arena into a frenzy. Instead he throws his first interception on the night in the end zone.

Cardinals defense keeping the game close. However, things still got heated as Kyler Murray yelled to his Head Coach on the perusing drive, “Calm The **** Down!”.

The Cardinals drove down the field and scored a touchdown and a successful two point conversion. Tying things up at 14 a piece.

Dalton Throws Back to Back…

With about 3 minutes left in the first half in a tied ball game. The Saints were driving with intentions to get points before the half and go into the locker room with a lead.

On a slant route, the ball bounces off of Marquez Callaway‘s hands and helmet right into the hand of defender’s arms. The Cardinals defender took the interception all the way back for a touchdown! Giving Arizona their first lead of the night.

Now with the score 21-14 in the Cardinals favor and a little over 2 minutes remaining in the first half. The mission for the Saints has become to tie the game or close the gap going into halftime.

In what felt like back to back plays, Andy Dalton threw another ball over the middle of the field. This time targeting Chris Olave on a route cutting inside. The ball was terribly under thrown and right into the chest of another Cardinals defender. Again returning the interception for a touchdown, bringing the Cardinals lead into the halftime break 28-14.

All that Cussing on the Cardinals Bench…

All that cussing on the Cardinals bench never returned, as Arizona rode their new found lead a rare victory. The way the game played out and the pressure that was on both Murray and Kingsbury coming into the game made me wonder, did Andy Dalton save the Arizona Cardinals from implosion?

If Dalton only throws one of those three interceptions and the Saints win a close game, does Murray and Kingsbury lack of love get more attention?

These are answers we will never have. Yet, I can not stop myself from believing, Kingsbury would of been fired if not for the Red Rifle stepping in to save the day, a few jobs, and maybe even an entire franchise’s season.

The Cardinals will probably continue to struggle. I doubt this is the last blow up to happen between the quarterback and head coach.

Video of the Month Candidate?
The Struggle on 3rd Down Continues for the Cards