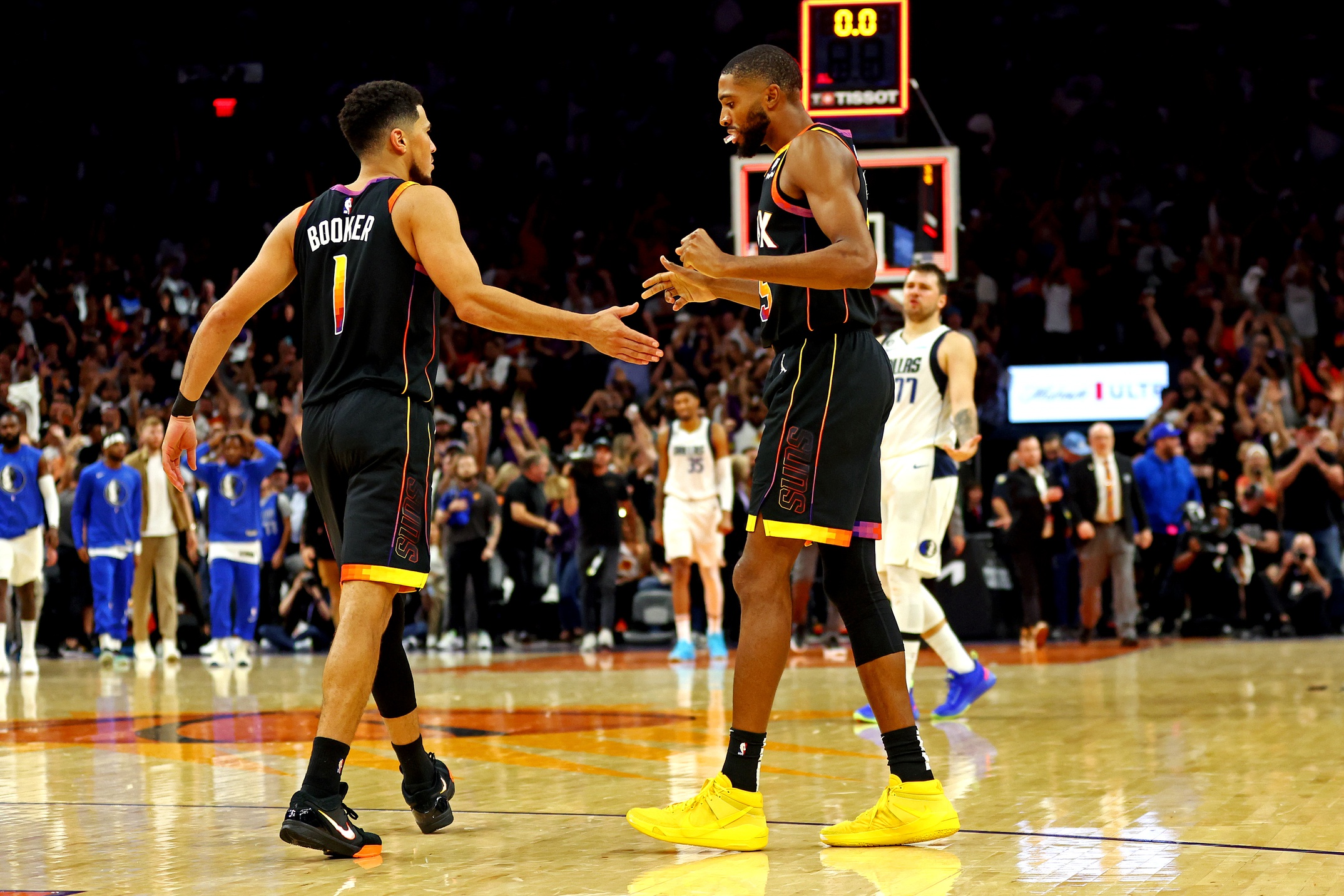 The Phoenix Suns casted out some demons yesterday with a 107-105 come from behind win against the Dallas Mavericks after trailing by 22 points with 10:09 to go in the 3rd quarter.

It was looking a little dire for the squad as they were down by 17 points at halftime while only shooting 20% from three and lower than 30% entering the fourth quarter. It seemed as though that last year’s playoff game was repeating itself yet again.

They couldn’t have proven the doubters wrong even more as they outscored the Mavericks in the 3rd quarter 31-19 to bring the deficit down to 5 entering the fourth quarter. An injury scare to Cam Johnson in the the early fourth quarter brought Damion Lee on the court as he scored 11 points with 3 three pointers along with the game winning shot with 9.7 seconds left to go in the game to give the Suns the come from behind win.

What a shot by Damien Lee to give the Suns a 4 point lead. What a comeback and what a way to battle off some demons that the Suns felt since last years playoffs pic.twitter.com/DpQeZJVDDW

DAMION LEE FOR THE WIN 😱 pic.twitter.com/Ej6aPEvEj4

This game didn’t come though without a little history being made as this was the largest come from behind win for the franchise in the Monty Williams era and the first one since 2017. Being down throughout the entire game didn’t faze this team as head coach Monty Williams alluded to in last night’s win against the Mavericks.

“I was just proud with the fact that we didn’t give in. I think we were down 17 at the half, maybe 22 in the third and then 15 in the fourth after Wood (Christian Wood) hit a few shots. Book (Devin Booker) was really good in the huddles even when we were down 15. I didn’t hear it, but I heard that he got the guys together and told them, ‘this is nothing,’ but we got to stay here. We’ve been talking about that all of training camp, like how can we deal with the emotional ups and downs of the game. I thought that helped us win the game tonight; we just stayed with it.”

It feels good to start 1-0 but as Devin Booker says it’s 1 of 82 and that’s how they’re approaching it with their next upcoming game against Portland.

“We have 81 to go and that’s what I said before the game, obviously emotions are involved after that’s the team that put us out like I said you know before the game we never want to lose to any time that we play against.”

Game 81 starts Friday in Portland at the Moda Center. Tip off starts at 7 PM.