How Much is At Stake For Cardinals Tonight? 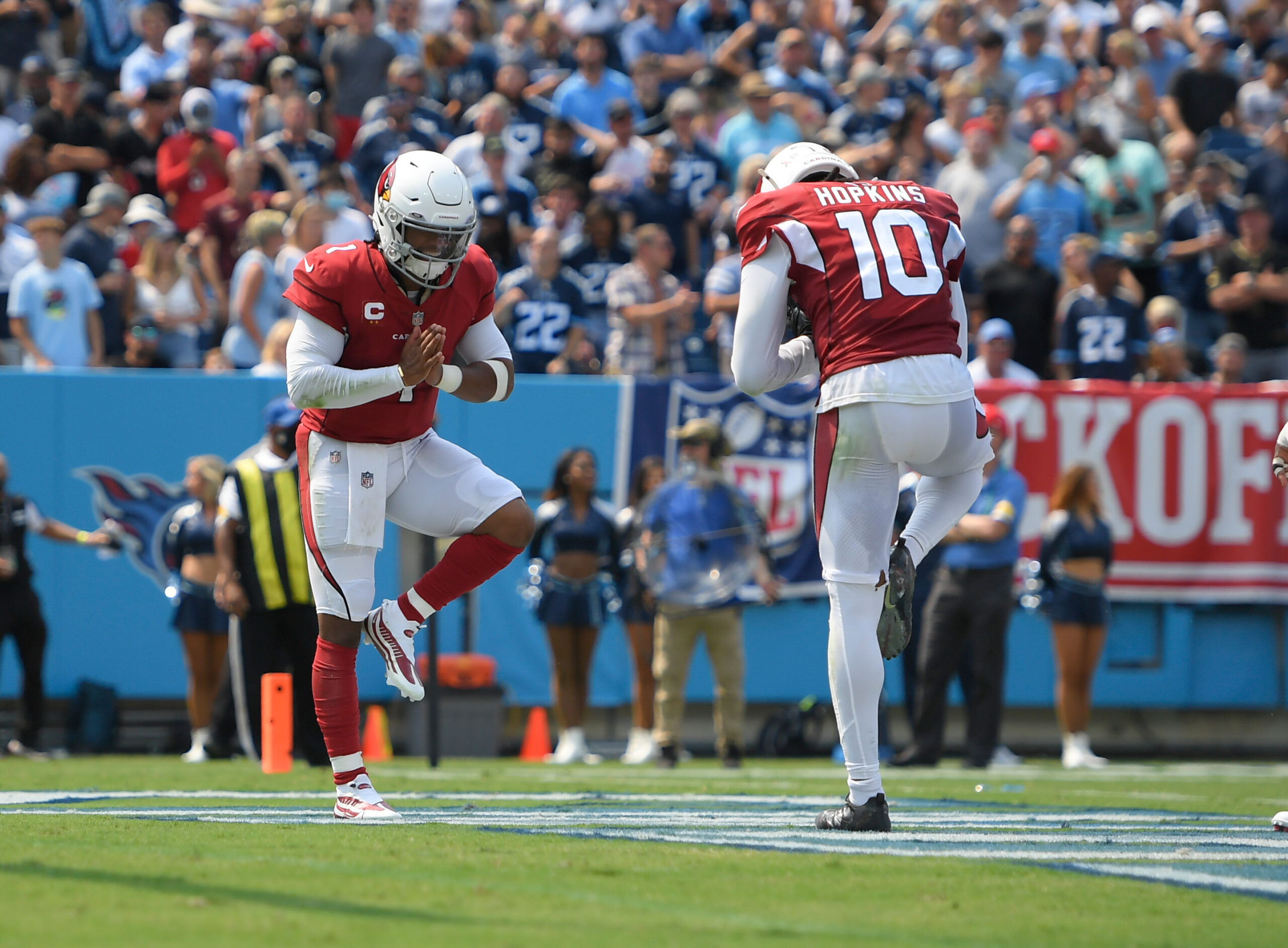 In Tonights Thursday Night Football game, the Arizona Cardinals will host the New Orleans Saints as well as a new receiving core for Kyler Murray to utilize. Deandre Hopkins will make his 2022-23 season debut alongside newly acquired Robbie Anderson via trade making his debut with the Cardinals.

How much pressure is on the Cardinals offense and more importantly Kyler Murray to produce points now that the offense has elite skill on the outside?

Arizona Cardinals head coach Kliff Kingsbury talks with quarterback Kyler Murray (1) during a timeout against the Green Bay Packers in the fourth quarter in Glendale, Ariz. Oct. 28, 2021.
Packers Vs Cardinals

Arizona Cardinals on a Short Week:

The Arizona Cardinals come into this Thursday Night Football game having only scored nine points total Sunday against the Seahawks. The offense has looked lost at times this season, looking to get on track against the Saints.

Robbie Anderson just being acquired via trade, arriving to the team just 72 hours ago roughly. His reps might be limited due to lack of time to learn offense, however, his impact is expected to be felt from Cardinals fans.

Historically Arizona are 10-25-2 as a franchise on Thursday games. New Orleans has a better record in lesser games, being 8-9 all-time on Thursday nights.

How Much is At Stake For Cardinals Tonight?

With Hopkins returning the expectations are through the roof for this offense to produce a more steady offensive attack. The New Orleans Saints secondary injuries add a little fuel to the fire as far as hype goes.

Is Head Coach Kliff Kingsbury job on the line, or is it still too soon to tell? The backside of being a coach having a franchise quarterback is the expectation to win and win soon.

After starting off the season 10-1 last season, Kingsbury has lead Arizona to a 3-9 record since including the Wildcard loss to the Rams.

Kyler Murray was heard in an interview responding to Hopkins return…

Is He Over Paid and Over Rated?

The Narrative Moving Forward After Tonight:

With a win tonight, do all of the problems go away? No, right? The Cardinals need to string together a number of games with steady offense. At least before we can call this thing a success.

Thursday night’s game however could be the beginning of the end for this era of Cardinals coaching staff. The fanbase and players alike expect to be better with this roster.