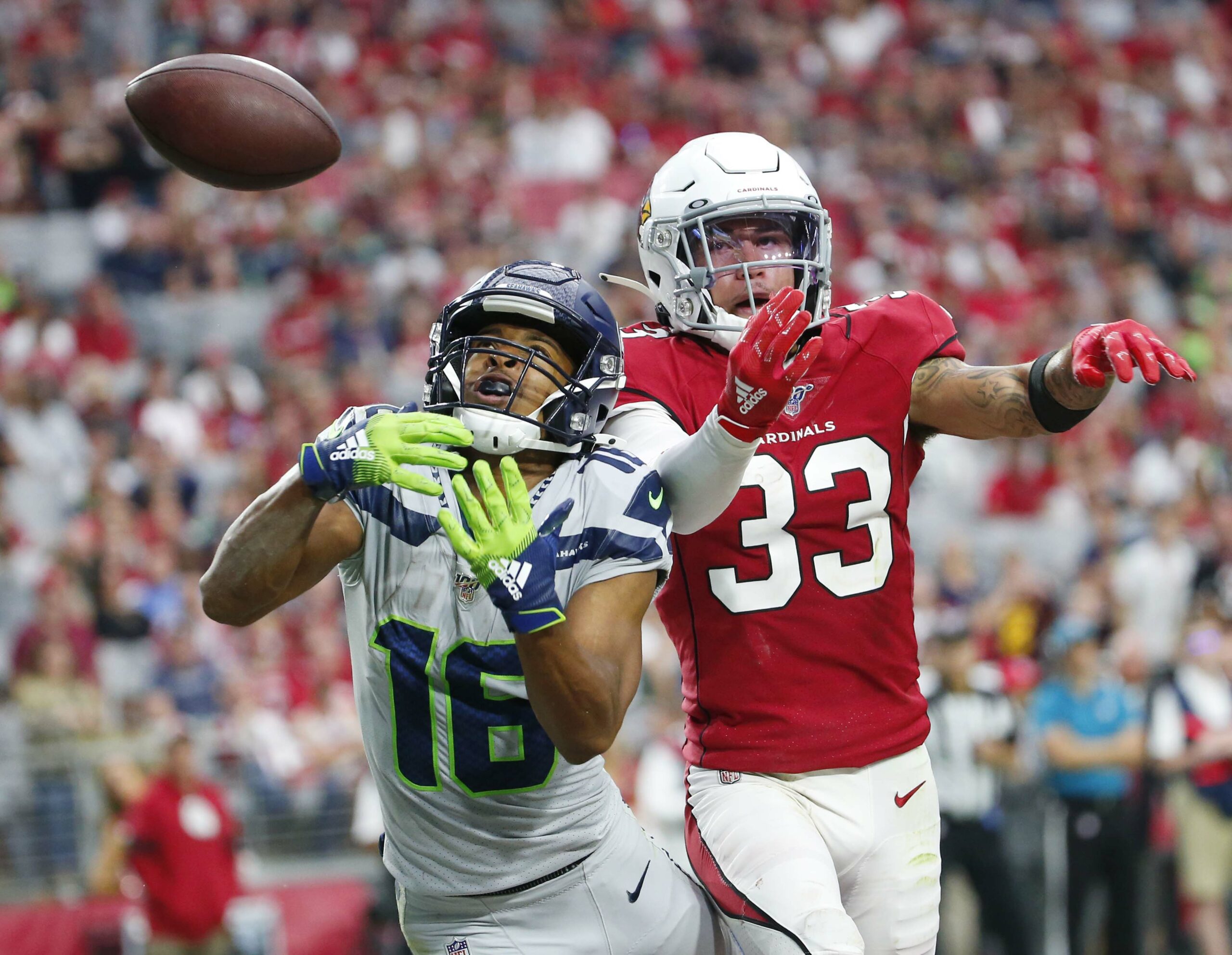 It was a battle of the kickers in the first half of this division rivalry matchup. The Seahawks have a 9-3 lead over the Cardinals heading into halftime.

Arizona came out of the gate ready to run the ball against the worst running defense in the NFL. The Cardinals ran for 79 yards in the first quarter but, failed to record another rushing yard in the second.

Kyler Murray expressed his desire to run the ball early on, and that is exactly what he did. Two of the first three plays for the Cardinals were designed rushes for Kyler Murray. This resulted in 45 yards.

The first pass from Geno Smith was inches away from being an interception. CB Byron Murphy Jr. battled with DK Metcalf but was unable to come away with the football. Instead, Seattle capitalized on the dropped interception through a couple of long runs by the rookie Kenneth Walker III. Two rushes for 51 yards by Walker gave the Seahawks an excellent scoring opportunity.

However, a huge 3rd down sack by Cameron Thomas forced Seattle to settle for a field goal. Jason Myers drilled it from 39 yards.

Welcome to the League @CameronThomas44 💪

First sack of his career! pic.twitter.com/tL7YojFxzQ

Three third-down conversions allowed the Cardinals to drive down the field quickly again. Arizona focused on the running game early, racking up 79 yards on the ground in the first quarter alone. This is without James Conner and Darrel Williams.

Passing up an easy field goal, Kingsbury elected to go for it on 4th and 4. The Cardinals failed to convert due to a short throw from Kyler Murray to Rondale Moore. A fourteen-play drive ended with zero points.

The Cardinals’ defense continued to impress. This time it was a third down stuff causing a loss of two downs.

However, the Seahawks returned the favor by sacking Kyler Murray, forcing the Cardinals to punt the football right back to Seattle.

This time, it was the Seahawks driving down the field in a long series of short gains moving the chains. But, once again, Seattle was forced to settle for a field goal after a six-minute drive.

A 27-yard field goal from Jason Myers gave Seattle their first lead of the game.

In what looked like the second quarter coming to a close, the Seahawks strung together a couple of huge plays to bring themselves inside the redzone.

Jason Myers sent a 34-yard field goal through the uprights as time expired in the first half.