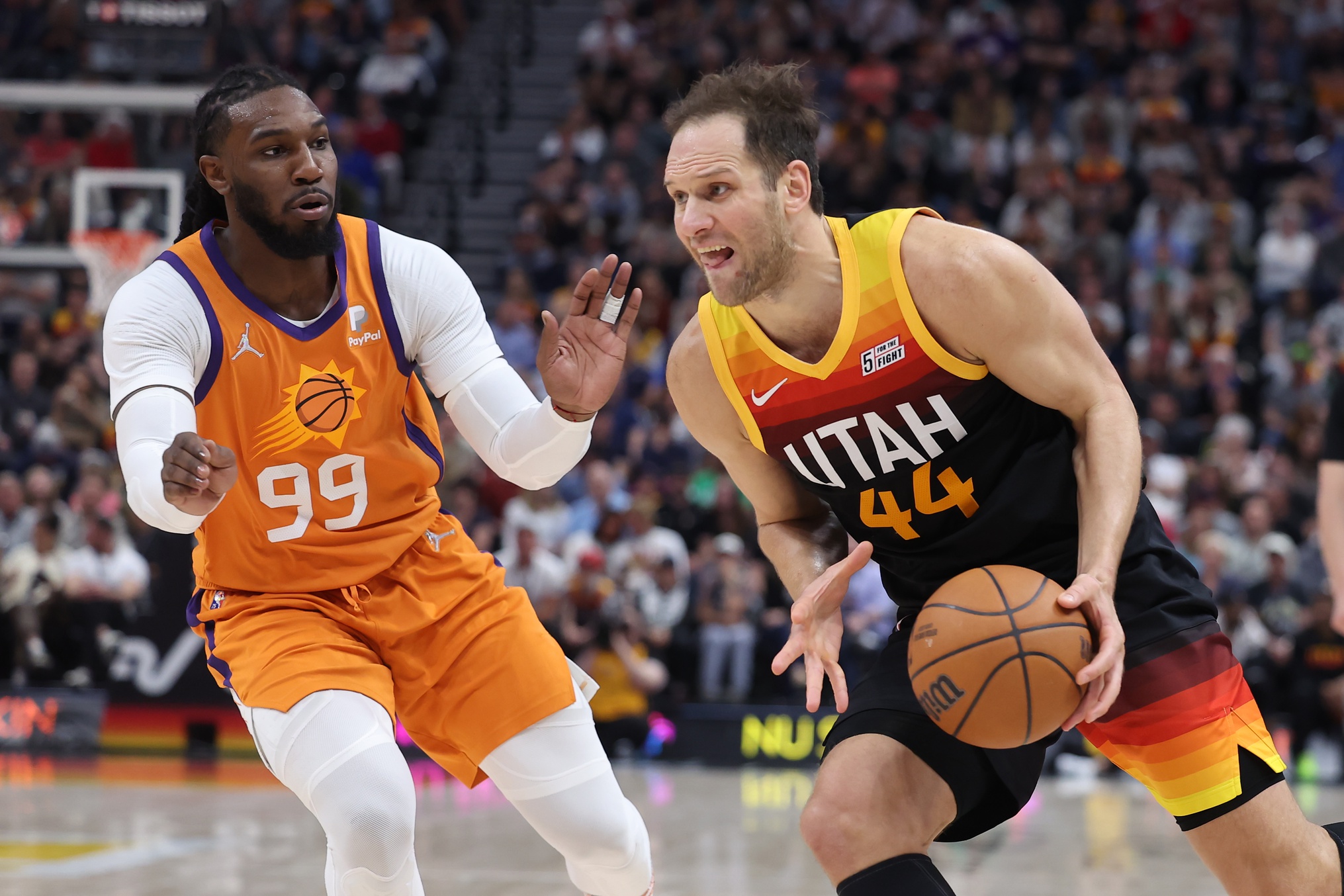 There’s been a ton of stock heaved into the Phoenix Suns’ interest in Bojan Bogdanovic over the past month. Most of that momentum surfaced after reports of the Suns being in search of a “post-up” like forward. Somehow, despite his primary play of being a sharpshooter, Bogdanovic was the primary target of interest for Phoenix.

Now, that interest can be put to rest. Bogdanovic is a member of the Detroit Pistons as of Thursday. It was no secret that Utah was willing to part ways with the 33-year-old forward given the recent trades of stars such as Donovan Mitchell and Rudy Gobert. Holding onto Bogdanovic never seemed a part of the blueprint for Utah moving forward.

Still, the question was the return the Jazz sought for Bogdanovic and if it equated to making a move.

The Pistons were the eventual “winners” of the Bogdanovic race. Aside from Phoenix, it was reported that even the Los Angeles Lakers had interest in his services.

Still, Detroit traded Kelly Olynyk and Saben Lee. In hindsight, given the Suns’ reported interest in Bogdanovic, did the Suns fold a hand they could’ve easily won?

The obvious missing spot of this trade was no draft picks. For a Jazz team with a Danny Ainge-like rebuild, picks were essential to any deal, It was even reported that the Jazz believed Bogdanovic was worth at least one first-rounder.

Yet somehow Phoenix — a team that owns seven of its own picks — was ousted by Detroit. Even more, Phoenix has been reportedly shopping Jae Crowder ahead the start of the season. Crowder has even stated that he’s open to returning to the Miami Heat. Given both conditions, it would seem that Crowder was an easy filler to beat out a Pistons’ offer.

For Detroit, trading for Bogdanovic from a skill standpoint is a bit murky. Kelly Olynyk is essentially a younger, more versatile version of Bogdanovic. The only sensible part of the deal is Detroit wanting to add an expiring deal to open up their flexibility for next summer.

Now, it’s unlikely that Crowder is dealt before the start of the season. Phoenix will have to carry a disgruntled forward into their rotation that has his sights set elsewhere. The Suns will likely attempt to move Crowder before the trade deadline, but all could’ve been avoided this summer.