Cardinals Vs. Chiefs: First Half 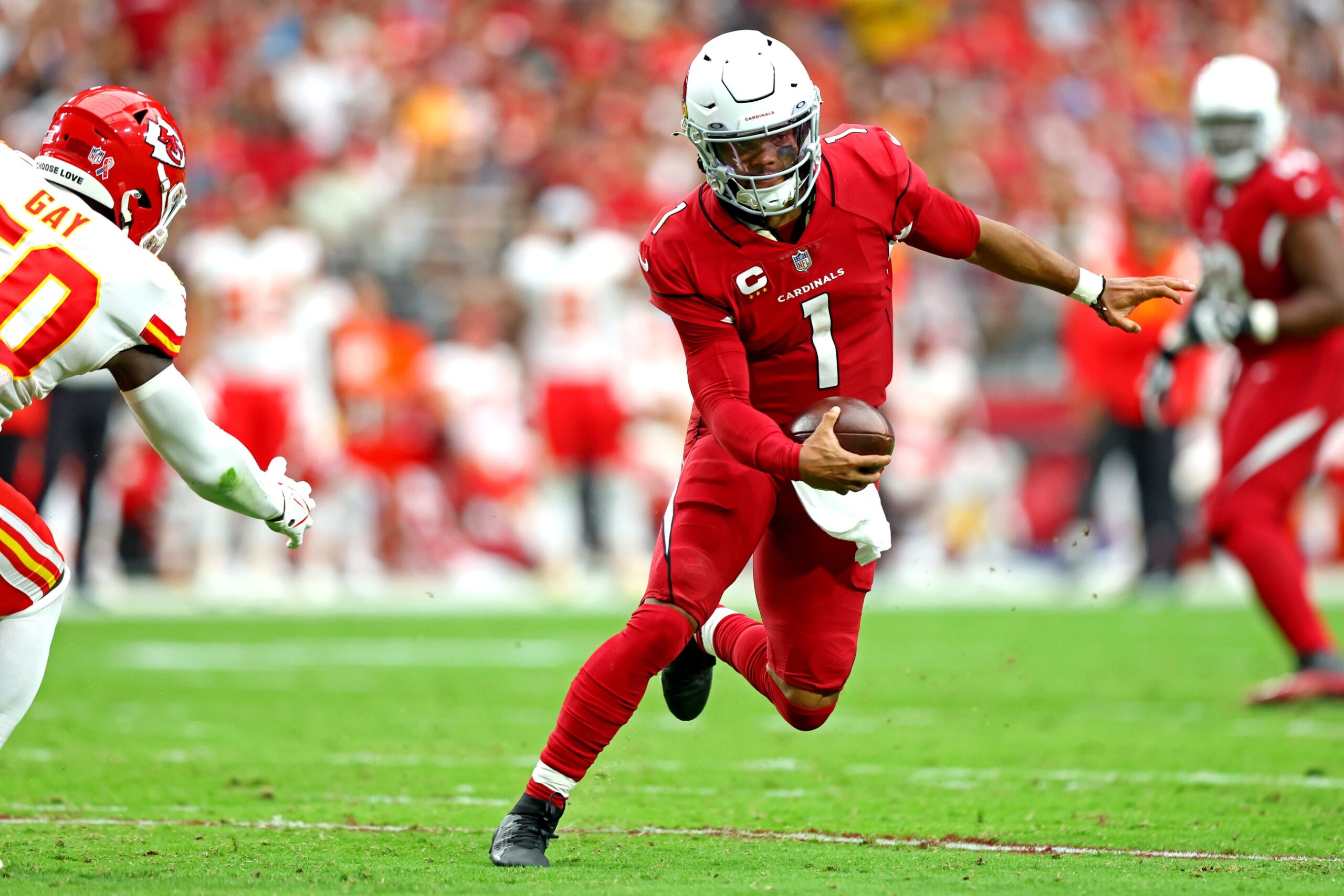 The Arizona Cardinals find themselves down 23-7 against the Kansas City Chiefs going into halftime on Sunday.

The Cardinals have been unsuccessful in their efforts to hinder the Chiefs advances thus far. Chiefs quarterback Patrick Mahomes has been able to put the ball practically anywhere for his downfield weapons. The cornerback position was expected to be an issue for Arizona against the Chiefs given the shortage of availability. With that, Mahomes completed 21-of-28 passes for 224 yards, resulting in three touchdowns.

Marco Wilson was able to put a stop to Mahomes’ momentum after nearly intercepting an end zone pass meant for tight end Travis Kelce. Those efforts were were revived after Mahomes then completed a fourth-down conversion to Clyde Edwards-Helaire, his second of the contest.

Dennis Gardeck attempted to change the pace of the defense after forcing a fumble from wideout JuJu Smith-Schuster as the seconds winded down in the second quarter.

For the Cardinals offense, there’s hardly been a sighting of it through the first two quarters. The offense overall has seemed stagnant against the Chiefs, with Kyler Murray seeming to take up the bulk of duties. The first drive for the Cards resulted in a three-and-out, which included a sack on Murray. Murray was able to find some success with Greg Dortch to gain some momentum on the second drive going into the second quarter.

Still, the Cardinals offense has seemed out of sorts at the moment. There’s been a few unbalanced snaps, one resulting in a fumble recovered by Murray. The Cards were able to put some points on the board after Murray caught wind with a 21-yard rush to put Arizona in scoring range. James Conner was able to seal the score with a 2-yard rush.

The final nail in Arizona’s first-half coffin may have come from a fumble by Connor late in the second quarter. Though Arizona was able to recover, the momentum significantly downshifted.

If the Cardinals plan to grab a Week 1 win, there’s clear work to be done on both sides of the ball.