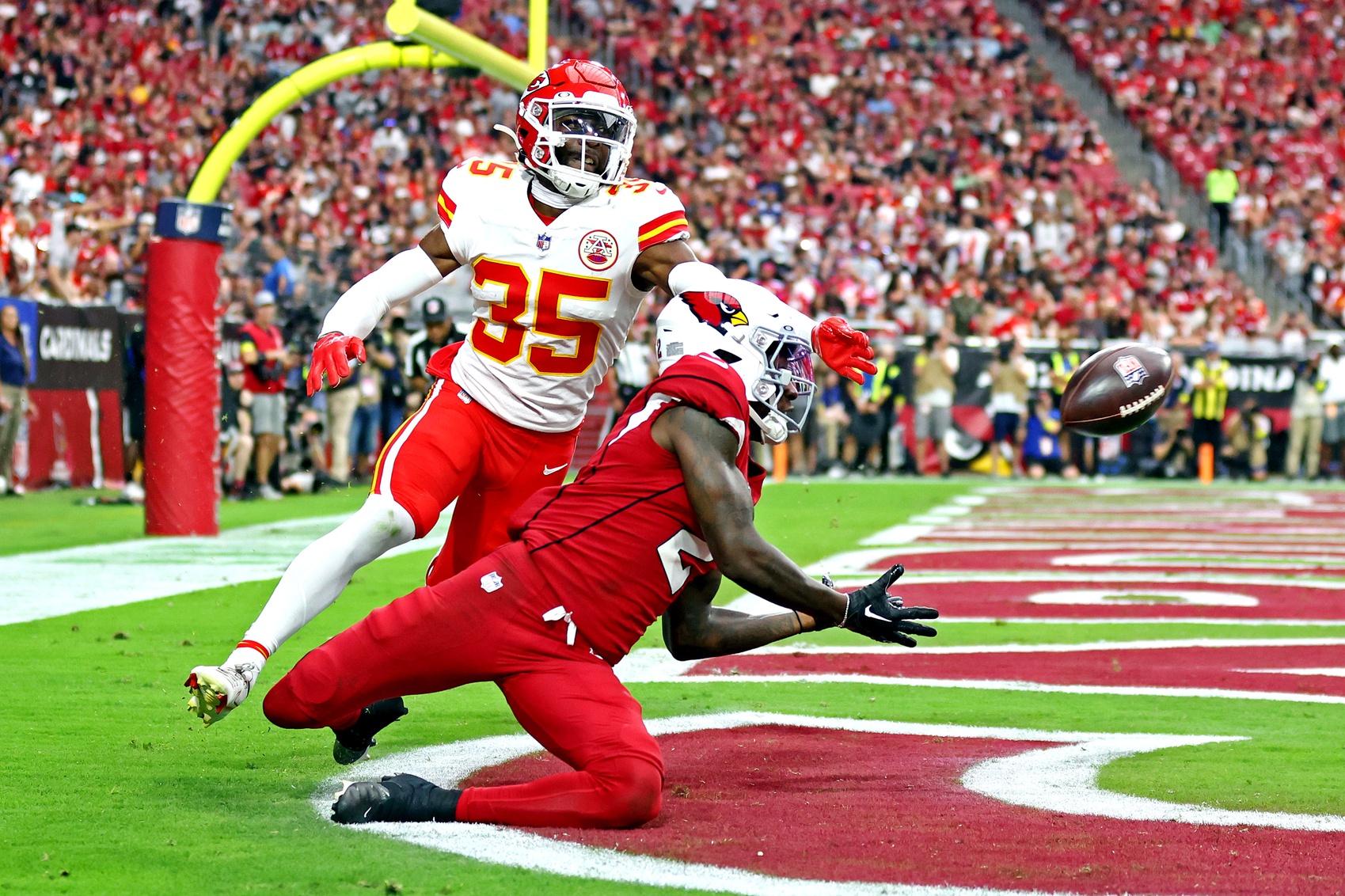 To be frank, it was easy to see early on that this was the Kansas City Chiefs’ game to lose against the Arizona Cardinals. As the game got underway, Patrick Mahomes and crew struck first blood, and the onslaught commenced.

To make matters worse, the Cards showed few to no silver linings during their 44-21 season-opener blowout. This much was apparent by internet commentators alike, as Arizona quickly became a Sunday laughingstock.

I don’t think the team knew they did https://t.co/wOwYCz4nEd

This was a disaster, by all accounts from Arizona. The first half left little to the imagination of what Arizona could salvage from the beatdown; the second half delivered the finishing blow.

Cardinals Vs. Chiefs: First Half

The defense was at blame given Mahomes’ effortless performance. The former MVP showcased why his MVP status could return this season, throwing for 360 yards along with five touchdowns. For Arizona, being without J.J. Watt was enough of a tough blow to an already-hindered defense. But Arizona showed a lack of experience downfield with Antonio Hamilton and Trayvon Mullen Jr. out of the contest. The defensive line showed little-to-no aggression against Mahomes’ efforts as well.

For Kyler Murray, a breakout season-opener couldn’t have been further from the truth. For a quarterback that just received a hefty pay bump, Murray looked often-times lost throughout the game. There were a number of reasons, one being his lack of familiarity with some newer personnel such as Marquise Brown.

Still, an intriguing note was spotted about Murray and his Call of Duty correlation. Murray’s obsession with the online viral game has been a noteworthy point of the past.

For those surprised at Kylers performance, it was Double XP weekend this past weekend… #ChiefsKingdom #BirdCityFootball pic.twitter.com/V9ETYxaBQp

Even as Brown was finally able to connect with Murray for a touchdown, the case was far too late, with one Twitter user comparing the score to the Phoenix Suns’ Game 7 blowout last season.

There’s a number of areas that need fixing for the Cardinals. Head coach Kliff Kingsbury will have his hands full ahead of Week 2.