Opinion: There is no reason to doubt Kyler Murray’s work ethic 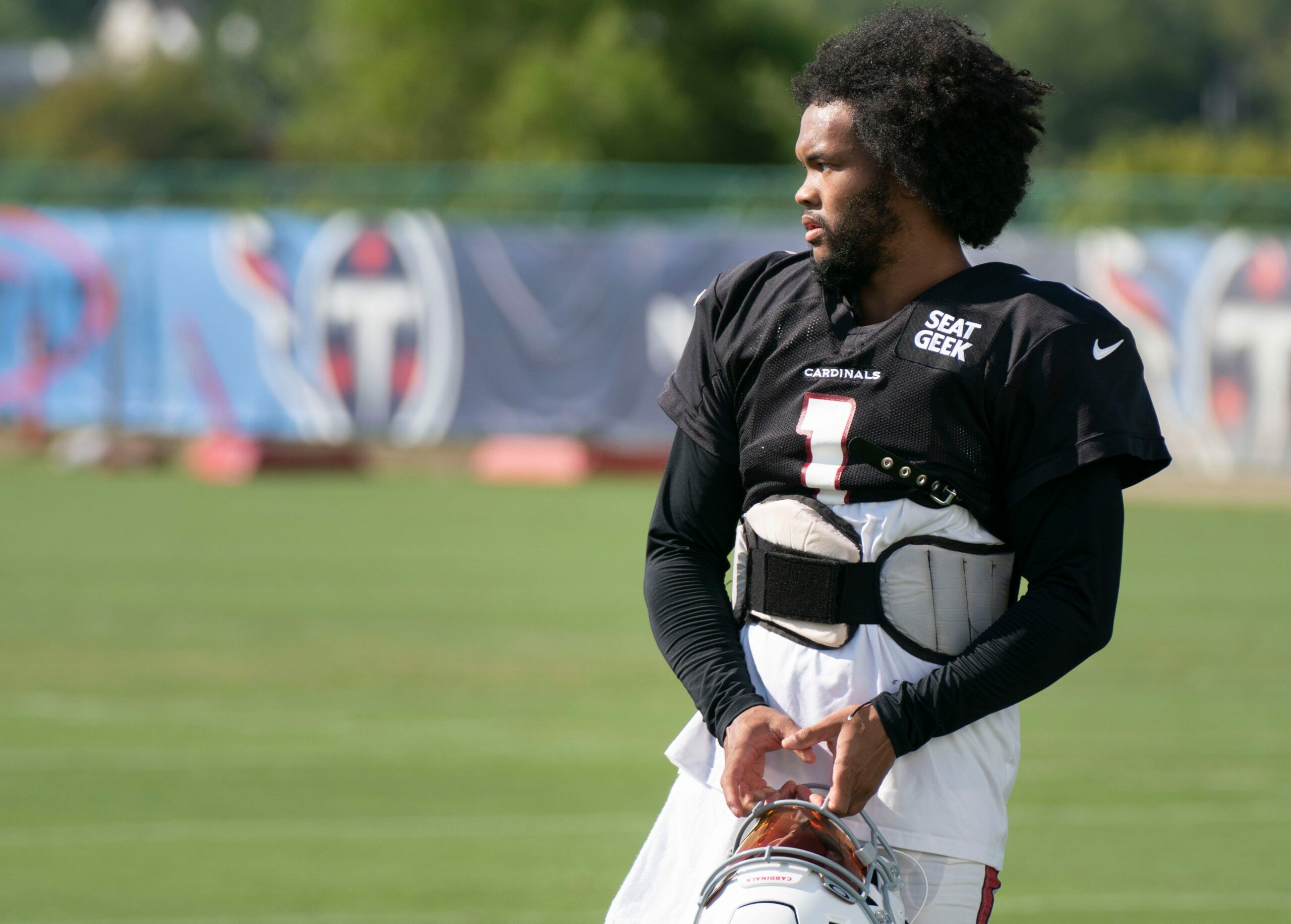 Almost no player in the NFL has faced as much criticism throughout the 2022 offseason as quarterback Kyler Murray has seen. This is for a player that has not specifically done anything wrong or morally out of line.

The hate that Kyler Murray received was solely based on a contract that he signed. Now did Murray deserve $230.5 million? Maybe not, but the 25-year-old surely should not have been the one to take the punches regarding the “independent study time” clause.

One can easily credit the lack of second-half of the season performances that fans may be fed up with, but at one point is the criticism an overreaction?

Analysts around the sports world grilled Murray for weeks. At one point Kyler had to hold an unscheduled press conference in an attempt to put the entire drama to rest.

He described the entire situation as “disrespectful” and “almost a joke”. However, the clause in the contract will forever loom over Murray’s name. Fans across the NFL will continue to doubt the highly accomplished quarterbacks work ethic.

But is there really anything to doubt? Let’s take a look back at what Kyler Murray has accomplished over the past 10 years.

Many often forget that Kyler was thought of to be one of the greatest high school football players of all time. This can mainly be attributed to the fact that he never lost a single game in his four seasons at Allen High School in Texas.

Kyler Murray was named the 'Best Texas High School Football Player of All-Time' in a fan poll by @texashsfootball.

Take a look back at the story of his incredible high school career from the eyes of the people who saw it first-hand, and from @K1 himself. pic.twitter.com/p324xl6mKV

It was not just that Murray had a really great team to help him out, Kyler had some of the most insane stats ever produced while attending Allen High.

In a state championship game to finish off his junior season, Murray threw for 280 yards along with rushing for another 188. Not only that, but Kyler topped it off with 5 total touchdowns to lead the team to a 63-28 victory.

Nevertheless, Kyler Murray did not just play football. Murray was also regarded as a top 100 baseball prospect while in high school. During his sophomore season, the two-way star slashed for a .302 batting average and had 20 stolen bases.

Kyler was even the first ever athlete to be named an Under Armour All-American for baseball and football.

Kyler Murray initially signed to play football at Texas A&M University. However, after once gaining the starting quarterback position as a freshman, one bad game sat Murray back on the bench. This eventually led to him transferring to the University of Oklahoma.

Due to NCAA rules, Kyler was not eligible to play during the 2016 season. Beginning his sophomore year, Murray was once again fighting for a starting job behind Baker Mayfield. Kyler was able to win the spot after coming in for the second half of a game against UTEP. In what was a 56-7 victory, he finished 10-11 with 149 yards and a touchdown.

With that being said, it was not until the 2018 season where Kyler really showed his stripes. An impressive 4361 yards and 42 touchdowns made Murray the Heisman trophy winner. Along with winning the Heisman, he led Oklahoma to a Big 12 championship and even made an appearance in the college football playoffs.

In 2018, Murray was selected 9th overall by the Oakland Athletics in the MLB draft. Although Kyler never actually played a regular season game with the team, he did add to the list of accomplishments the following summer.

Once Kyler decided to focus on football, the Arizona Cardinals selected him with the number one overall pick in the 2019 NFL draft. This made Murray the only player in history to be drafted in the first round of the NFL and MLB drafts.

After only three years in the NFL, Kyler Murray has already made an impact. In his rookie season, he was crowned Rookie of the Year, and then went on to follow it up with back-to-back pro bowl appearances.

In every season, Kyler has shown progression in just about every aspect. Yards per game have increased, interceptions have decreased, and a better team record has been recorded from 2019 on. If it was not for a couple of midseason collapses and a playoff game disaster, Kyler would easily be seen as one of the best young quarterbacks in the league.

By looking at what Kyler Murray has accomplished as an athlete, is there really a good reason to doubt his work ethic?

It is impossible to contribute Murray’s success to luck or natural skills. Of course, at only 25-years-old Kyler still has a load to learn and improve from. Nevertheless, doubting someone’s work ethic after a page worth of accomplishments, does not make any sense.