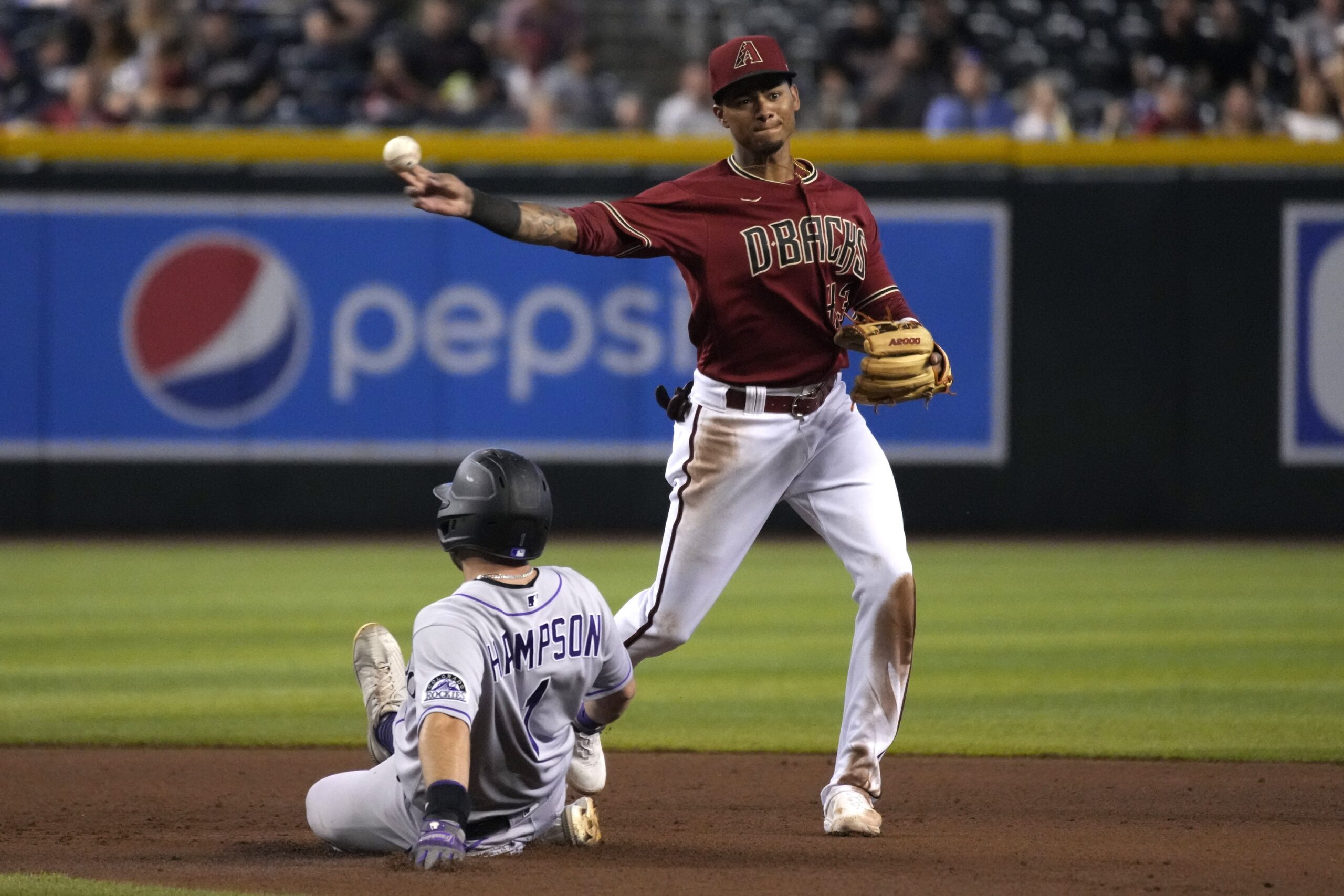 This weekend series with the Colorado Rockies has been as close as 3 games can be. After an exciting come from behind win on Friday night and a heartbreaking loss late Saturday night, the two teams meet one more time on Sunday for a rubber match.

Friday night, the Diamondbacks were down 5 to 2 going into the bottom of the 7th inning, before scoring 2 in the 7th, and 2 more in the 8th inning to give the team a lead that would hold. Diamondbacks took game 1, 6-5.

Saturday was even closer, with the D-Backs leading 2-1 going into the 8th inning, and then they made a mistake, in my opinion a mistake they make every time Merrill Kelly pitches; the skipper left Kelly in the game an inning too long. The first batter he faced in the 8th inning he gave up a solo home run to left field, tying the game at 2-2. Even though All-Star Joe Mantiply came in a pitched an almost perfect inning, the momentum was changed. Then after scoring 1 run in the 7th inning, and 8th, the Rockies would score again in the 9th, giving them a 3-2 lead that would end up being the final.

Sunday’s game could not possibly be as dramatic as those first two games right? Wrong!

After a back and forth game, in which Zach Davies pitched a gem though 5 innings, it is the bottom of the 8th and the game is tied 4-4.

Daulton Varsho hits a double with 1 out to give the D-Backs a base runner representing the go-ahead run, followed by two walks, bases loaded, 1 out and Sergio Alcántara coming to the plate.

Rockies relief pitcher balks with the bases loaded to advance runners, and give the Diamondbacks a 5-4 lead, still with one out and no chance at a double play ball.

Closing pitcher Mark Melancon ran into a whole hunk of trouble loading the bases with two outs before getting a game ending ground ball to the short stop gap.

Eventually, Arizona Diamondbacks win the game with a total score of 6-4.

Diamondbacks take the series, as hard fought as it was, and as little as it means this season, it is a series win over a division opponent, and it was in front of the home crowd, full of proud Phoenicians.

The Arizona Diamondbacks will take on the Pirates of Pittsburgh next in a 4 game series in Phoenix starting Monday, August 8th. A preview will be posted in the morning.