Diggins-Smith: “Nobody Wanted To Even Play” after Griner ruling 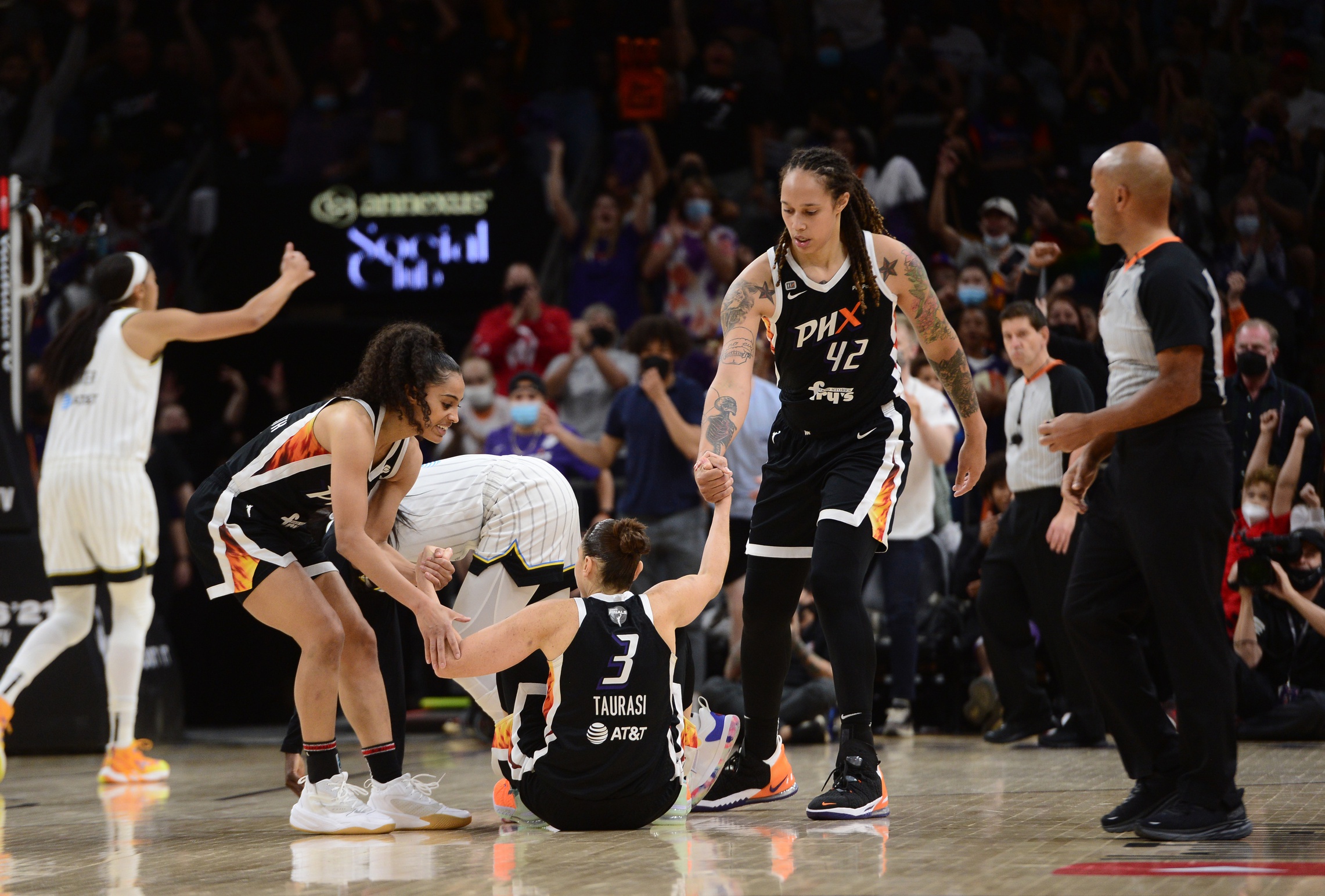 With such an enormous setback dropped on the squad of being furthered away from a reunion with Griner, it appears no one was in a rush to play against the Sun.

“Nobody wanted to even play today,” Diggins-Smith told reporters Thursday in a post-game conference. “How are you supposed to approach the game with a clear mind when the whole group is crying before the game?”

Diggins-Smith’s echoing of the team’s morale is understood. Griner’s trial reached its conclusion on Thursday in Russia. The eight-time All-Star has been detained in Russia since February. While going through security at an airport in Moscow, Griner was arrested for possessing cannabis oil.

Diggins-Smith went on to note how even playing the game both she and her teammates love wasn’t enough.

Griner maintained her positive outlook throughout her trial. Her counsel argued that her possession of cannabis oil was a method of painkillers rather than recreational use. She also had teammates from Russia show support and speak on her character.

There was indeed little hope that remained after news spread that the U.S. had offered Russia a prisoner swap. The swap was said to be for the return of Griner and Paul Whelan. Seeing as how the U.S. was willing to part with Russian arms dealer Viktor Bout, it seemed like a reasonable option.

A chance remains that a deal can still be made despite Russia’s ruling. Still, President Biden made his feelings on the verdict known in a press statement on Thursday. The President remains committed to finding ways to return Griner safely.

The Mercury fell to the Sun 77-64 on Thursday. It marked their second loss in a row as they try to vouch for a playoff spot. Prior to tipoff, both Mercury and Sun players joined arms for 42 seconds— a tribute to Griner.