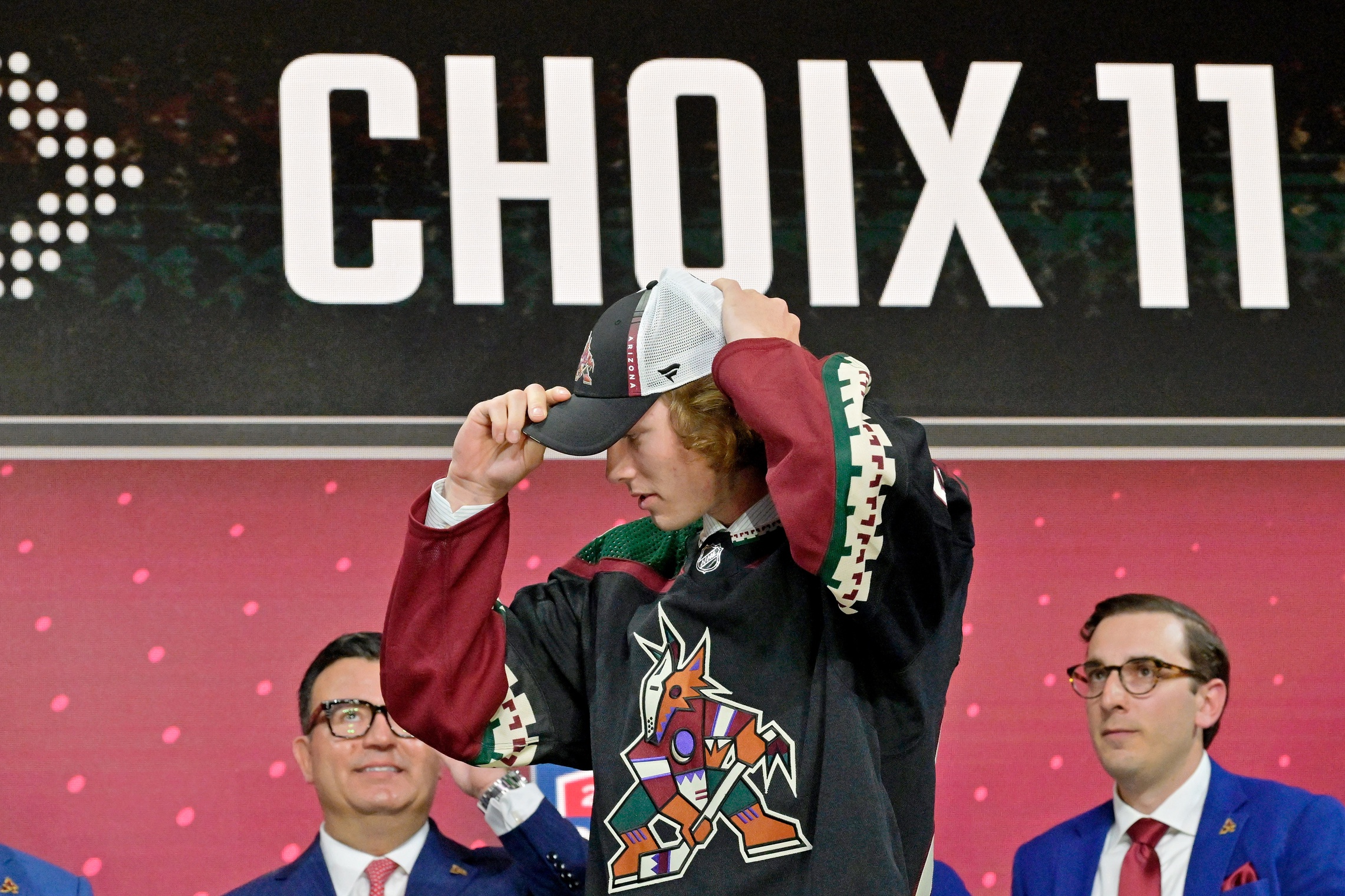 Jul 7, 2022; Montreal, Quebec, CANADA; Conor Geekie after being selected as the number eleven overall pick to the Arizona Coyotes in the first round of the 2022 NHL Draft at Bell Centre. Mandatory Credit: Eric Bolte-USA TODAY Sports
Spread the love

A few hours ago, the Arizona Coyotes sign their first round draft pick Conor Geekie to a 3 year entry-level deal.

Geekie was picked #11 overall in the 2022 NHL Draft by the Coyotes, who traded up in the draft specifically to get the lefty center from Strathclair, MB, Canada.

In a press release general manager Bill Armstrong had nothing but good things to say about the 18 year old rookie. He said “He is a big, skilled, two-way center with good vision and a strong hockey IQ. We look forward to watching his development”

Geekie is one of those athletes that does not make sense to the traditional hockey fan, he is huge at 6’4 205 pounds, and he uses that big-body to his advantage. He has excellent puck protection and elite play-making ability unlike most players his size. He has a unique feel for the game, above average vision, and the ability to get a good shot off no matter what the defense does. One thing he can improve on is shots on the net. His shot is a quick, powerful dart coming off of his stick, and once he matures and relaxes a little he should become more accurate.

The Coyotes spent their free agency on defense, and signing this kid out of the draft answers some questions on offense. Hopefully they can put together a competitive team to display on the ice come fall.