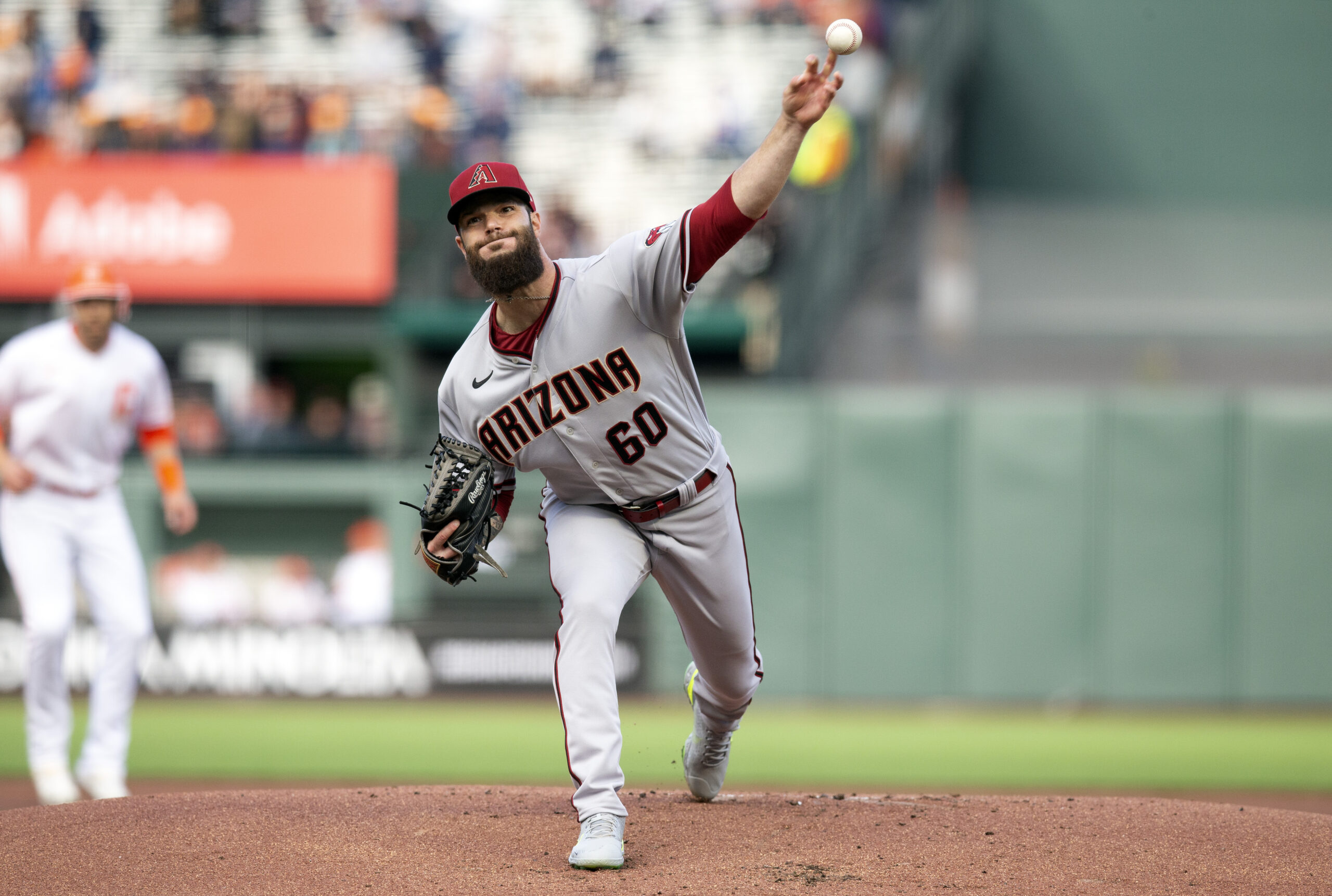 Game 2 of this series between the Diamondbacks and Giants started off on a windy Tuesday evening in the bay, and just about as fast as you read that, the game was out of hand. Three of the first four batters reached base as recently signed Dallas Keuchel continued to struggle. The lack of command on his change up combined with right fielder Jake McCarthy losing a pop fly in the sun resulted in 4 runs coming across quickly. Keuchel only lasted 2.1 innings giving up 8 runs by the time Edwin Uceta relieved him to put the fire out, temporarily.
As the game moved along there were a few chances for the D-backs to strike back, but unfortunately the theme of leaving runners on base that has plagued them all season continued. Tonight leaving 10 batters on base even with a few lead off doubles.
Giants pitcher Logan Webb looked locked in as he mowed down the young Arizona lineup who showed little to no patience at the plate.
The game stayed 8-0 and for the most part uneventful until the bottom of the 8th inning when the Giants put their exclamation point on an amazing performance with a 5 run inning. Rookie position player Luis Gonzales came in to pitch a number of 48 mph lobs to record the last 3 outs giving the Giants a 13-0 win, tying the series up.
Diamondbacks young core struggles as most young teams do being consistent.
Zac Gallen will take the mound in tomorrows rubber match, looking to give Arizona a much needed series win, and hopefully get the taste of this loss out of our mouths.