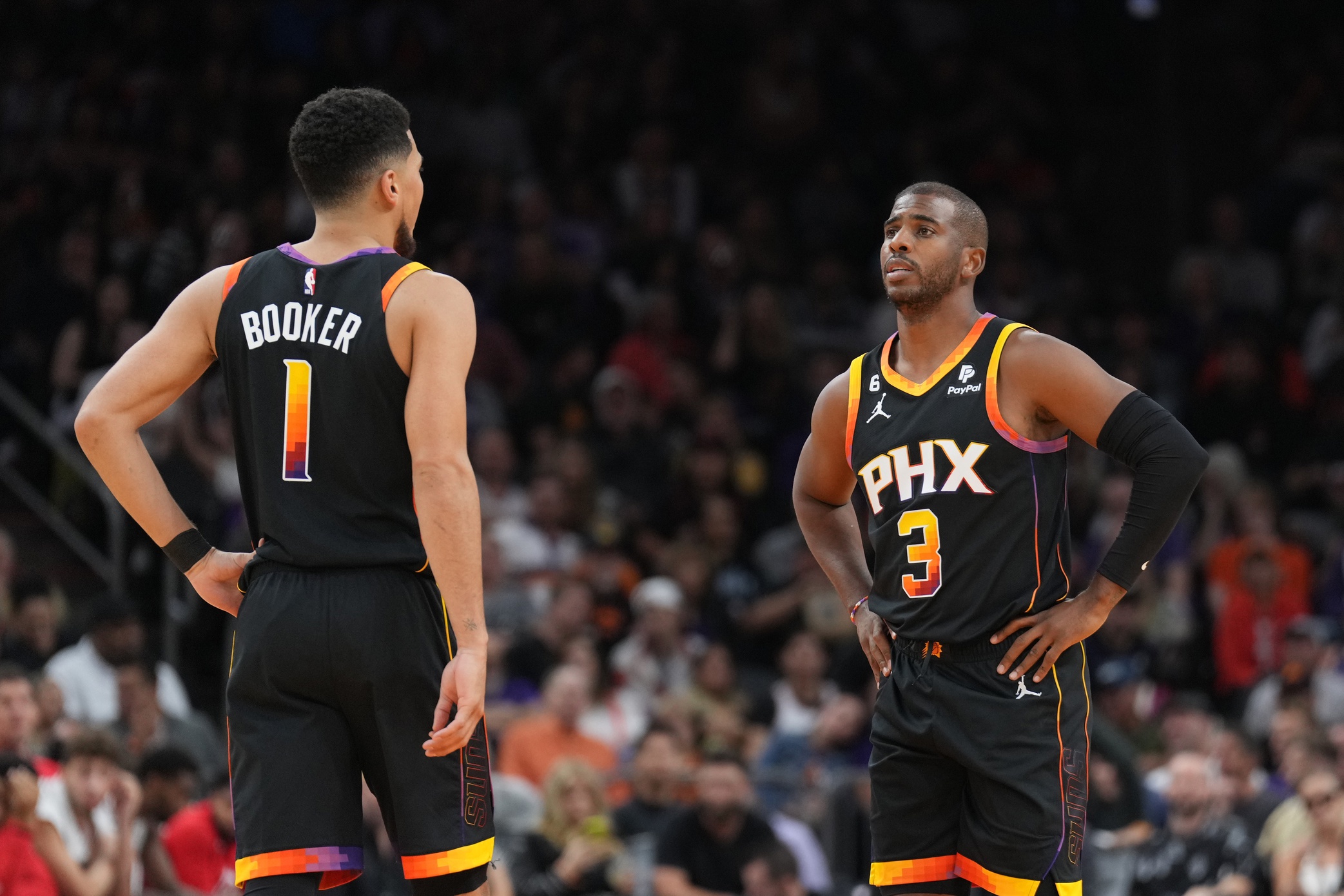 The Suns are making progress in the injury field as they’re getting starting power forward Cam Johnson back from a right-torn meniscus injury that has sidelined him since November.

Unfortunately, the team will still be without 5 of their players as Chris Paul, Landry Shamet, Josh Okogie, Devin Booker, and Cameron Payne are all out against the Nets tonight.

Paul was seen today at the morning shootaround as he was moving quite well and getting shots up alongside Booker for the time open to the media. Paul most likely will be back at some point during the home stretch as he’s really close to returning.

Chris Paul, Devin Booker, and Damion Lee getting shots up during todays morning shoot around. Paul is OUT tonight against the Nets with a hip injury.#WeAreTheValley #NBA pic.twitter.com/N0lJFkd76y

Booker seems to be moving well also during morning practice that was open to the media. But, he is a little far behind Paul in his recovery as he still has a couple of weeks before he will be re-evaluated to determine whether he can come back onto the floor or not.

As for Okogie and Shamet, they injured themselves in the last game’s loss to the Grizzlies. Okogie got hit in the face accidentally by Deandre Ayton while Ayton was getting fouled by Grizzlies’ Center Steven Adams. He got stitches in his nose and the Suns will be taking it easy with him.

Shamet is dealing with a right foot soreness injury that has been troubling a lot of Suns players throughout the season. Shamet wasn’t seen at practice open to the media which tells me that he most likely will get re-evaluated in a week or two.

As for Cameron Payne, he will be re-evaluated in a couple of weeks as well as he’s dealing with a foot injury that he injured in a loss last week against the Cleveland Cavaliers. He wasn’t seen at the morning shootaround that was open to the media either.

There’s still hope for this season for the Suns as all these players are expected to return by early February. If the Suns can get all these players back before the All-Star break, then there’s hope they can go on a run to push in the playoff conversation.