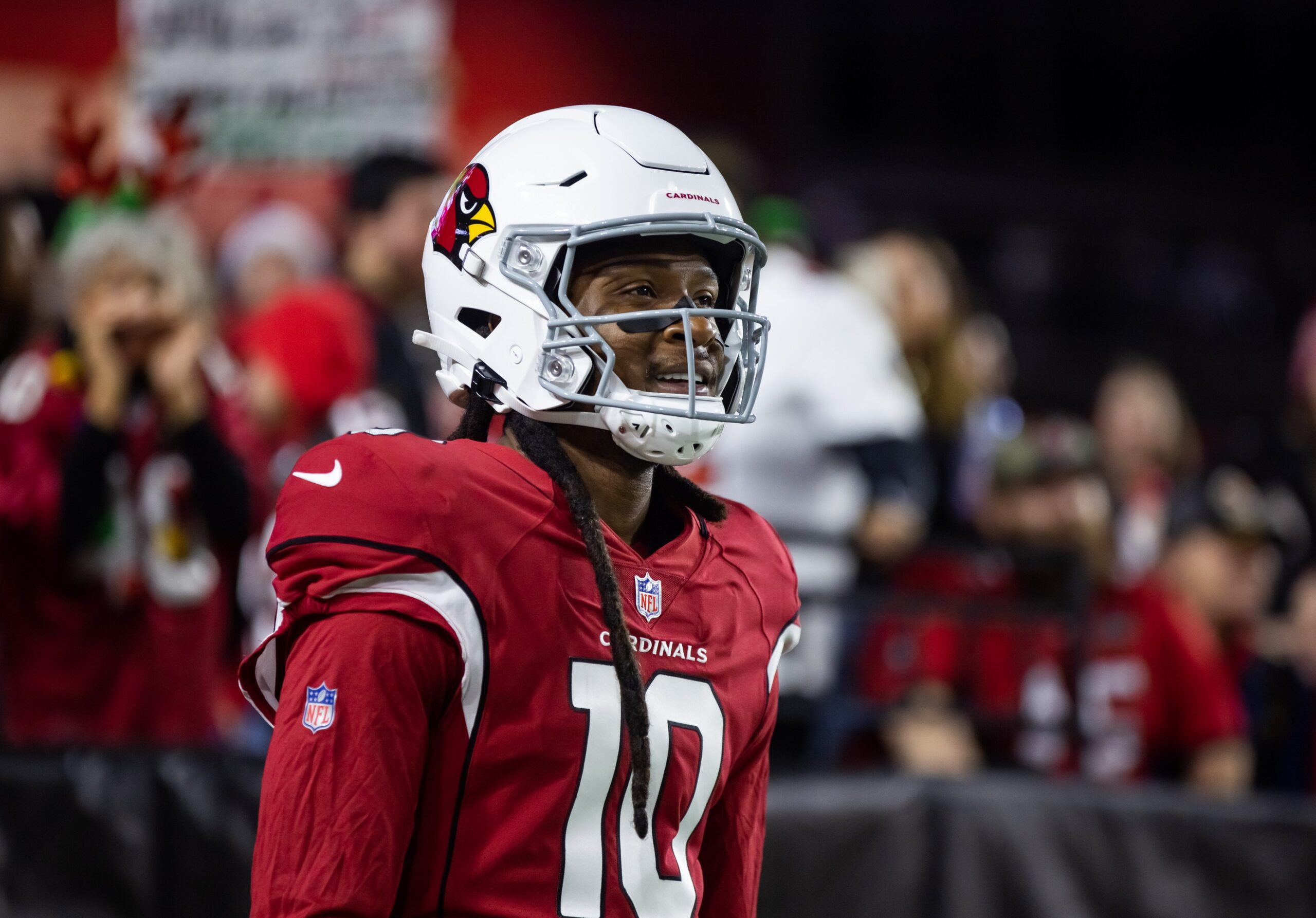 It has been an already busy offseason for the Arizona Cardinals, and now, speculation rises over the possibility of trading star WR DeAndre Hopkins.

NFL insider Jordan Schultz stated on Tuesday that the Cardinals are in fact interested in trading the five-time Pro Bowl wide receiver in the upcoming months.

Additionally, D-Hop posted to his Instagram a picture of him in a Cardinals uniform with the caption, “Forever grateful.”

Hopkins has two years and over $30 million left on his contract, meaning Arizona would be able to free up some cap space but would still incur $7.75 million in dead money.

Fans reacted to the news on social media following the initial report. A variety of mixed reactions flooded through as there seems to be no majority opinion on whether this is a good idea.

Being that the market for WR’s in Free Agency this year is NOT top tier. The #AzCardinals might be able to get A LOT of Value for Deandre Hopkins heading into a possible rebuilding year!

辞めないで！@DeAndreHopkins @AZCardinals
It's your life, so you can decide, but I want you to stay with the Cardinals! pic.twitter.com/m2GmOMukAs

Absolutely hope the rumors of trading @DeAndreHopkins away from the @AZCardinals are untrue. This guy is a game changer and a talent you don’t find very often. Change your plans Bidwells!

And of course, fans were quick to point fingers towards where Hopkins should head next season.

The fact that my favorite receiver @DeAndreHopkins is gonna be available, my Giants better snatch him up🙏🏾

Wouldn’t that be fun. https://t.co/kR7wLO5lEw

DeAndre Hopkins should go to the Chargers, and I won't accept any other options. 🙈