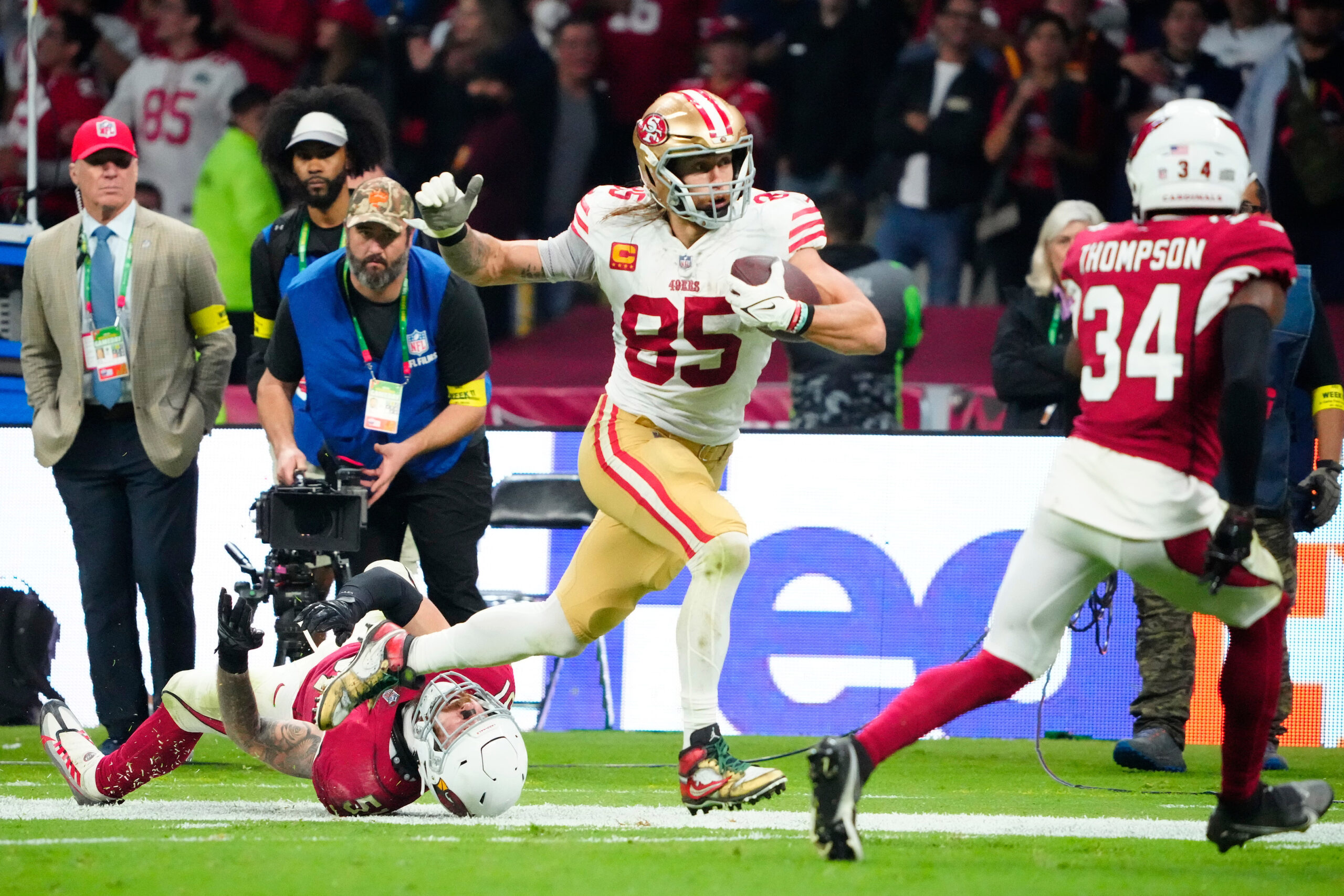 To wrap up their 2022–2023 season, the Arizona Cardinals will be on the road to take on the division rival San Francisco 49ers.

It will be a tale of polar opposites in this Week 18 showdown as the 49ers seek to take control of the No. 1 seed in the NFC while the Cardinals play for pride and hopes to send J.J. Watt into retirement on a good note.

The last time these two teams met marked a critical point in the year. After the Cardinals were dismantled in Mexico City by a career high four-touchdown-night from Jimmy Garoppolo, both teams have gone on end-of-year streaks, for better or worse.

Since this embarrassing Week 11 loss, Arizona has yet to find itself back in the win column. Entering this rematch, the Cardinals are riding a six-game losing streak and have quickly seen their season fall apart.

On the other hand, the 49ers, despite losing their starting and backup quarterbacks, have not lost a game since Week Seven. San Francisco currently holds the longest active winning streak in the NFL at nine games, and there seems to be no sign of them slowing down.

Whether it be the league’s number one defense, or the handful of elite offensive weapons, the 49ers have a clear edge against the injury riddled Arizona Cardinals.

With a couple more players added to the injured reserve this week, the Cardinals are third in the NFL for most players on the IR with 19.

And of course, this does not include the handful more who will not be participating in the season finale due to minor injuries that are not worth aggravating.

RB James Conner, WR DeAndre Hopkins, WR Robbie Anderson, LB Zaven Collins, and CB Antonio Hamilton are some names that will be on the sidelines this Sunday.

Arizona will hand the ball over to fourth-string quarterback David Blough for the second straight week. Although he performed above expectations against the Falcons, given the absence of offensive starters, it will be an extremely difficult afternoon for Blough.

As for the 49ers, they will be full force on offense, but will be missing a few defensive weapons.

Deebo Samuel, Elijah Mitchell and Christian McCaffrey have been cleared for #AZvsSF.

However, this may change throughout the game given the outside circumstances. The Philadelphia Eagles will be taking on the New York Giants at the same time, meaning there may be quite a bit of scoreboard watching.

If the Eagles take a commanding lead and the 49ers hopes of clinching the No. 1 seed fade, Kyle Shanahan will almost certainly rest the majority of his starters.

The 49ers, of course, need the Eagles to lose if they want to take the top spot in the NFC.

There really is no sugarcoating the talent differential between these two NFC West rivals.

Even as the 49ers suit up Mr. Irrelevant Brock Purdy for his fifth straight start, the combination of RB Christian McCaffrey, dual threat Deebo Samuel, WR Brandon Aiyuk, and TE George Kittle is too much for any offense.

Meanwhile, David Blough will be without his RB1 James Conner, WR1 DeAndre Hopkins, WR3 Rondale Moore, and TE1 Zach Ertz. Not to mention, he will be facing heavy pressure all afternoon as the Cardinals will be without three starting offensive linemen.

To be blunt, the only chance Arizona has to win this game would be if the 49ers do throw in the towel early after seeing the Eagles steamroll the Giants. In this scenario, the Cardinals will likely be up against a backup 49ers team in the second half, making it a somewhat even match.