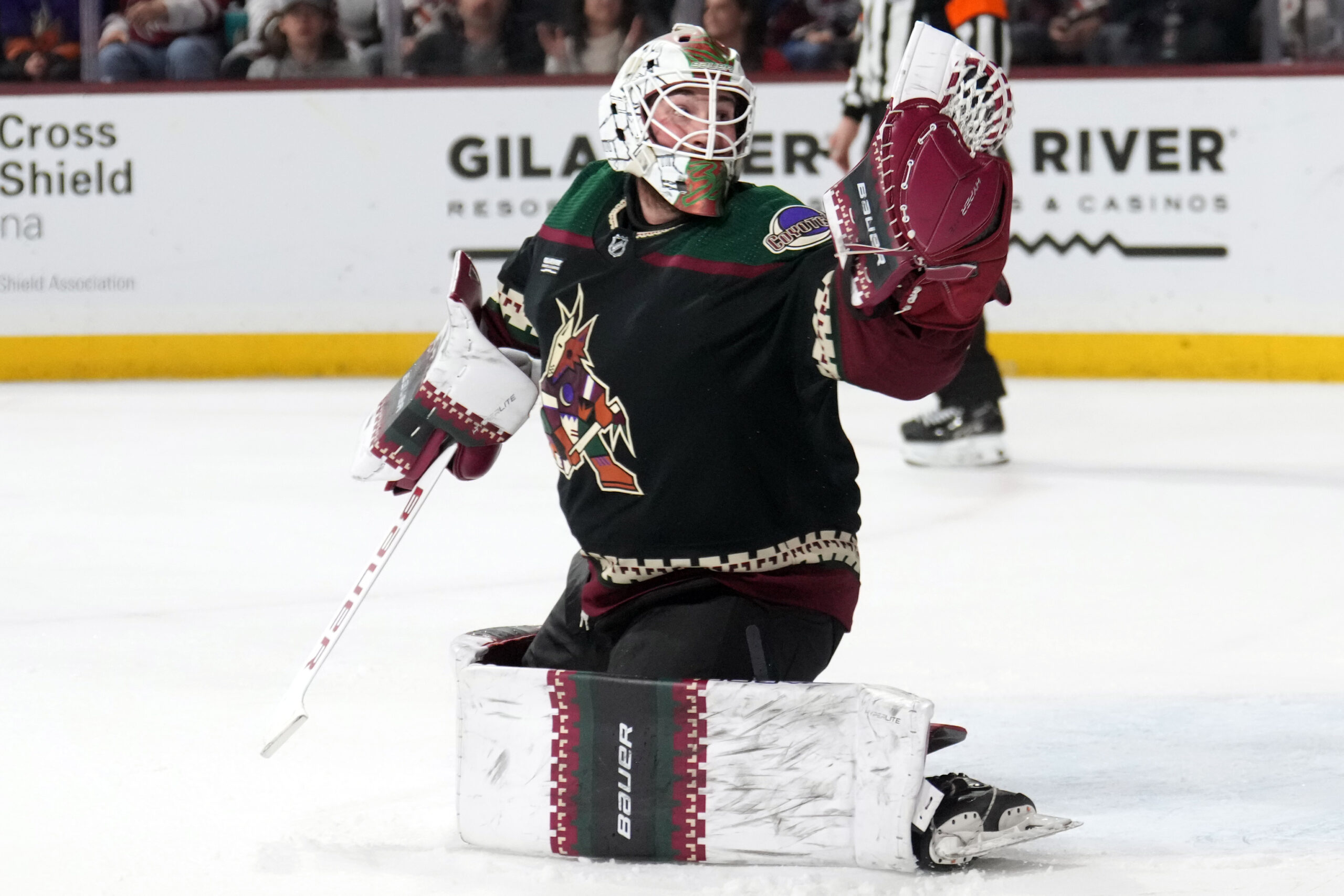 Don’t look now, but the Coyotes a few games away from being .500 on the season. Which was not expected by anybody that knows hockey. Last night they capped off a good Christmas week with a dominant win over the Colorado Avalanche.

Usually the Coyotes are the team that gets behind early, however last night was different. Arizona jumped out to an early lead.

Behind Shayne Gostisbehere and Lawson Crouse each scoring a goal, the Coyotes ended  the first period with a 2-1 lead of the Avalanche.

Each period of the game, the Coyotes put up 2 goals per period. Six different players for Arizona chipped in with a goal last night.

Two Coyotes scored in the second, while the Avalanche added one more goal themselves. Nick Schmaltz started the second period off with a goal for Arizona.

With the score 3-2 in the ‘Yotes favor, J.J Moser added to it with a goal of his own with about 4 minutes left in the 2nd period.

Third Period, some more of the Same

Every period, the Arizona Coyotes scored 2 goals, while the Avalanche scored 1.

Same thing happened in the third. Michael Carcone hit the back of the net first in the 3rd period giving Arizona a 5-2 lead, and almost sealing the deal.

After Colorado scored again, giving them a chance. Clayton Keller added an exclamation point, giving the ‘Yotes a 6-3 lead that would count as the final.