All Aboard The Josh Okogie Train 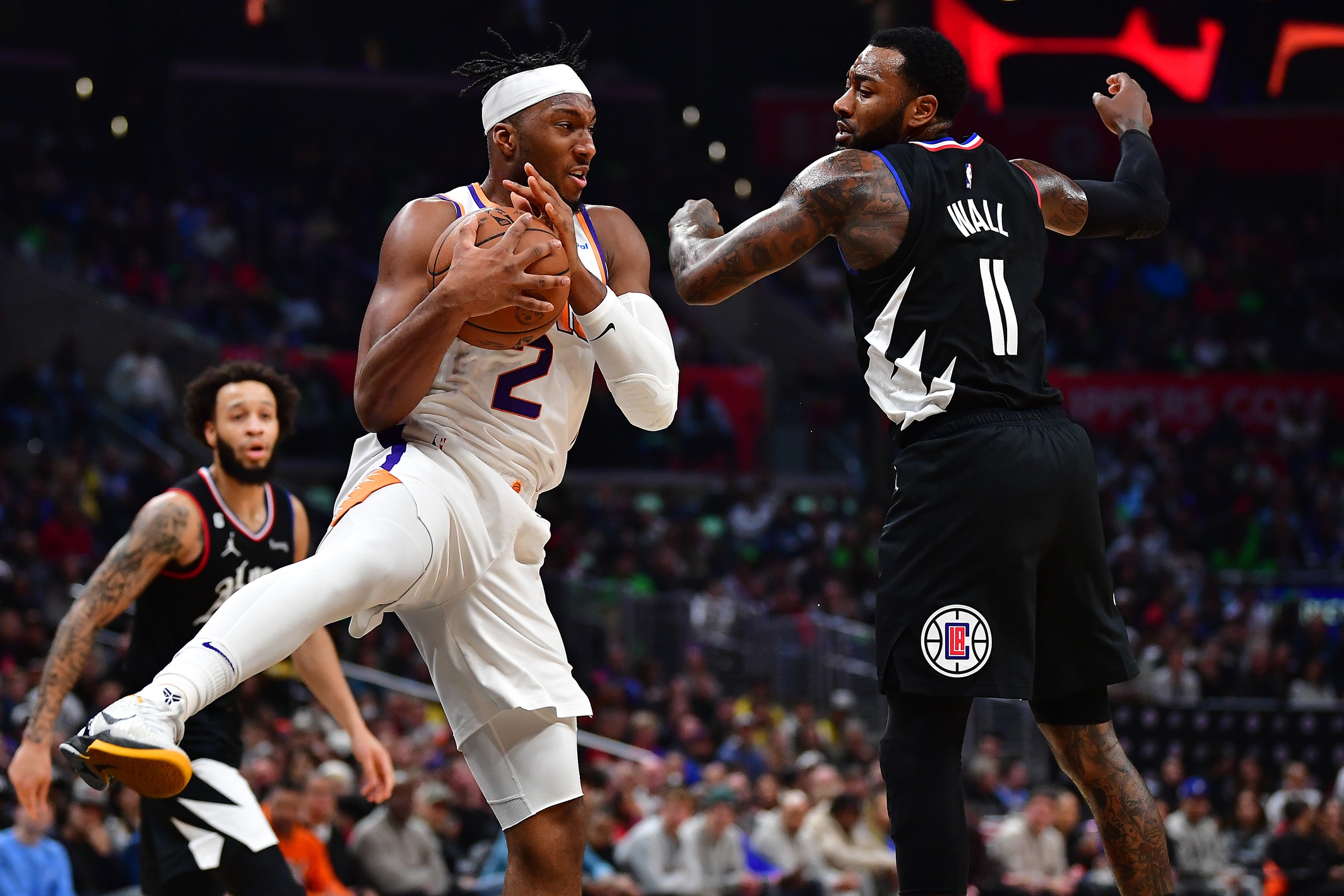 What gets loss in the comeback win against the New Orleans Pelicans last night is the way Phoenix Suns forward Josh Okogie played in the fourth quarter. He only had 7 points in the game while making 0 field goals which isn’t all that impressive. But he had 6 very important rebounds with 4 of them coming off the offensive glass.

In the fourth quarter alone Josh Okogie had back to back plays where he got an offensive rebound to continue the possession for the team. These hustle plays kept Phoenix in the game to complete the comeback. Plays like this is what head coach Monty Williams alludes to and why he believes he needs to give more playing time for the 5 year player.

”Josh is just one of those guys who has a huge impact on the game on both ends. I thought the offensive rebounds he got were just as impressive as any play that happened tonight. He just kept going, and you could see him spring off the ground. Go above everybody to get it, like I said, I have to figure out ways to get him on the floor because he helps us on both ends.”

Despite his seven points in this game, his last 6 games on the offensive side has been phenomenal. He’s averaging 10.2 PPG to go along with 48.6% from the floor, 41.2% from three and 85.7% from the free throw line. He’s doing this while also giving the Suns a +\- of +4.3 efficiency on the floor. Below you’ll see the huge impact he has on the offensive side of the ball and how it impacts the Suns in small stretches.

JOSH OKOGIE WHAT THE HELL pic.twitter.com/69Wi4n0s3U

His two way game gives teams a lot to think about when he comes off the bench and that’s exactly what the Suns have needed all season long. The great thing about Okogie is even though he plays with a chip on his shoulder, his main objective is to play winning basketball.

“I am trying to win. That was all that was going through my mind. We won the first one of the season, lost two at their spot. Put a bad taste in our mouth, and I still didn’t forget that. Whatever it took.”

Now his defense speaks for itself. It’s the best part of his game and the reason why the Suns attained him from the Minnesota Timberwolves this past offseason. Over the past 4 games he’s had at 4 steals total and has gone 3 games in a row with at least a block. Okogie also has a defensive rating of 107.9. To put this in perspective, former defensive player of the year Giannis Antetokuompo and two way center Jarrett Allen lead the league in defensive rating with a 104.9. Okogie is having a monster year and star player Devin Booker understands the impact he has on that end of the floor more than anybody.

”On the other end he’s making it tough on you every time. I had a short training camp with him, but he was doing the same thing with me during training camp, just making it tough every day. He’s that caliber player where he can go out there and slow down any top primary scorer in the league and I truly believe that.”

Those are big words coming from a player that just dropped 58 points last night but Booker is 100 percent correct. He along with Mikal Bridges have been easily the Suns two best primary ball defenders on the team and he’s a huge reason why the Suns rank in the top 10 in almost every category on the defensive end.

Like coach Williams said, he’s going to have to find a way to get Okogie more minutes on the floor and with him going three straight games of playing at least 20+ minutes, it’s safe to say that Okogie is rising for the Phoenix Suns and that’s good as we get to the halfway mark of the season with championship aspirations out there.Josh OkogieDevin Booker