Phoenix Suns Looking To Get Back On Track Against The Rockets 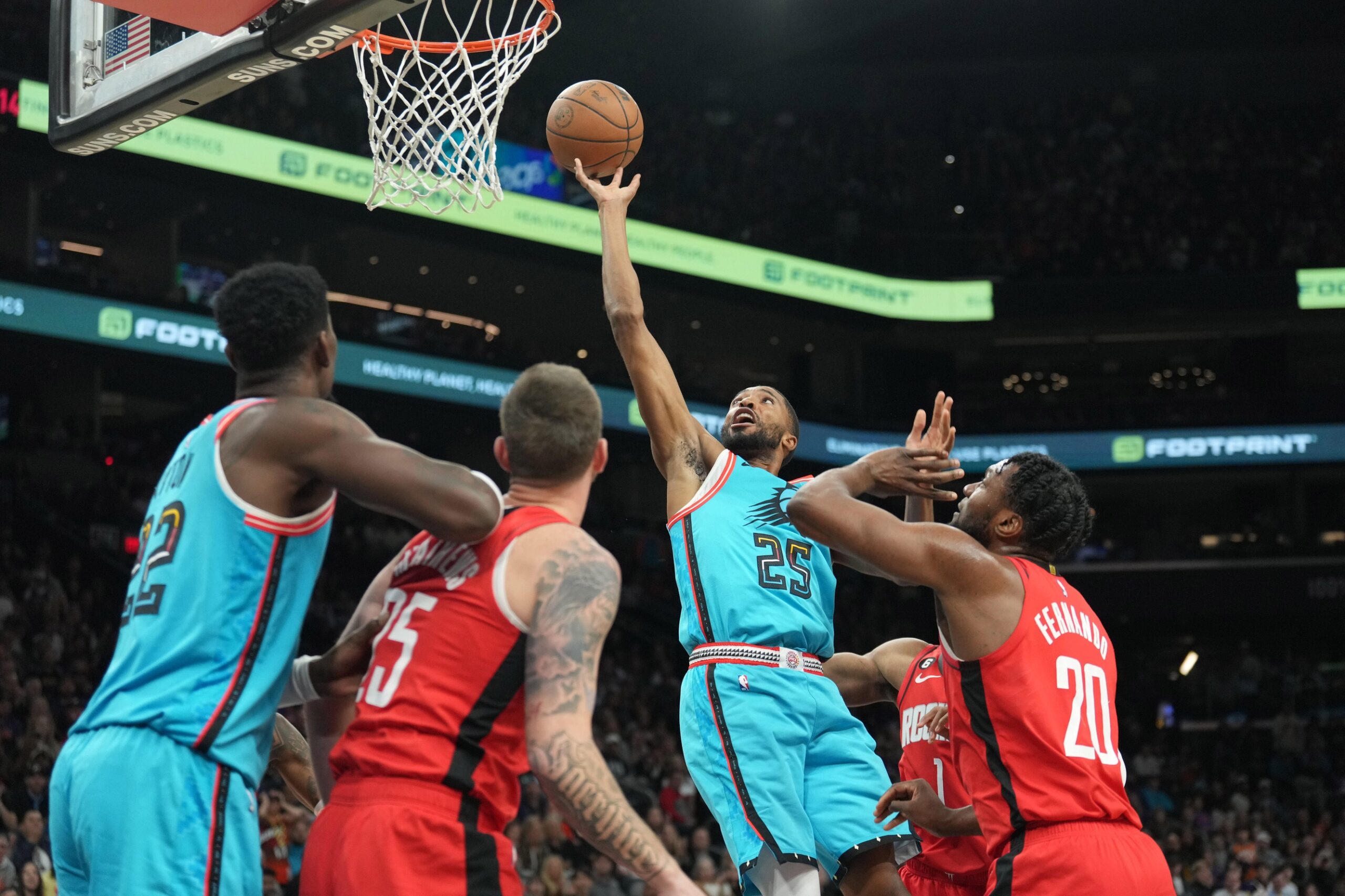 The Phoenix Suns are looking to get back in the win column desperately tonight as they’re facing the Houston Rockets at the Toyota Center. The Rockets are winners of 4 of their last 6 games and are just coming off a win against the Milwaukee Bucks in a game in which they held Giannis Antetokoumpo to 16 points on 7-17 shooting from the floor and Jalen Green having a monster game with 30 points on 12-21 shooting from the floor.

The Suns on the other hand just got through a tough week in which they have lost 5 of their last 6 games and are coming off back to back losses to the New Orleans Pelicans at Smoothie King Arena. Deandre Ayton led the Suns in scoring that game with 28 points but the Suns had no answers for Zion Williamson who dropped 35 points in the overtime win. Here is a key thing to look for in todays head to head matchup.

This season alone Devin Booker has had quite the success so far against the Rockets. He has dropped 35.5 PPG on 59.2% shooting while dropping 41 in their last game against them. The Suns are hoping to look for scoring in new ways tonight as Deandre Ayton and Mikal Bridges are a few of the guys that will be asked to step up with scoring options dwindling for the team right now. Bridges last game against the Rockets he dropped 26 points and is averaging 18.5 PPG against them this year. The Suns will be looking for similar production tonight.

Devin Booker Out Tomorrow Vs. Rockets With Left Hamstring Tightness

Tip-off begins at 6:30 PM Arizona time. Let’s see if the Suns can get back in the win column tonight.