Suns Trail by Double Digits to Celtics at Halftime 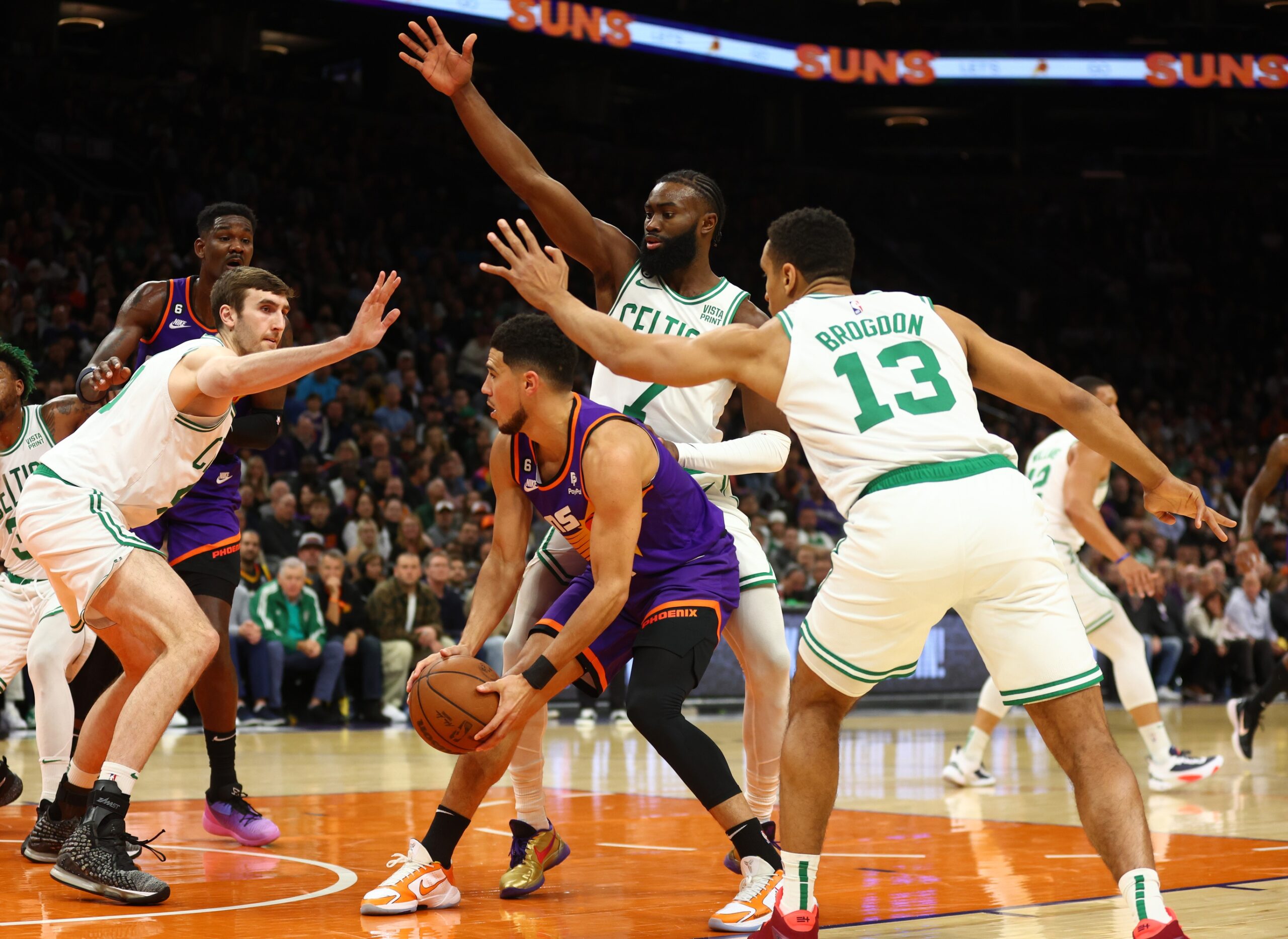 It’s a battle of the first seeds for both conferences on Wednesday, as the Phoenix Suns host the Boston Celtics. Boston currently owns the best record in the league (20-5) atop the Eastern Conference standings.

The Suns, through injuries and depletion, have managed to hold onto the top spot in the Western Conference as well. Even so, on Wednesday it didn’t appear to be the case, as the Suns trailed the Celtics 69-42 at halftime.

During the opening minutes of the contest, it appeared to be a game that’d be extremely competitive with both teams showing their first-seed dominance. Yet Phoenix began to resemble the same team that’d recently loss to the Dallas Mavericks.

Even with Chris Paul returning to action, the Suns’ defense seemed to fail them more times than not. Paul is also playing limited minutes on Wednesday, meaning Phoenix can’t be extremely reliant on the veteran guard.

Aside from defense, the Suns simply haven’t been able to convert on shot attempts. Phoenix is currently shooting 6.3 percent from three-point range with 16 attempts. A continued trend of the former could only dig a deeper hole into their deficit.

Devin Booker hasn’t compiled one of his familiar scoring nights thus far, going 3-for-10 from the field. Booker hasn’t seemed as energetic on the court, and is already up to four fouls as well.

On the opposing end, the Suns haven’t found an answer for Jayson Tatum, an early-season MVP candidate. Tatum is up to 14 points and four rebounds on the night.

Jaylen Brown is also making headway, leading the Celtics in scoring with 17 points through the half along with five rebounds.

Phoenix will have to work on a higher improvement of shot selections in the second half, along with limiting turnovers and fouls. If not, it could be a repeat of the Mavericks loss only two days prior.

Pregame Notes Ahead of Suns Vs. Celtics
Suns Lose in Another Blowout, This Time to Boston
Loading More Posts...