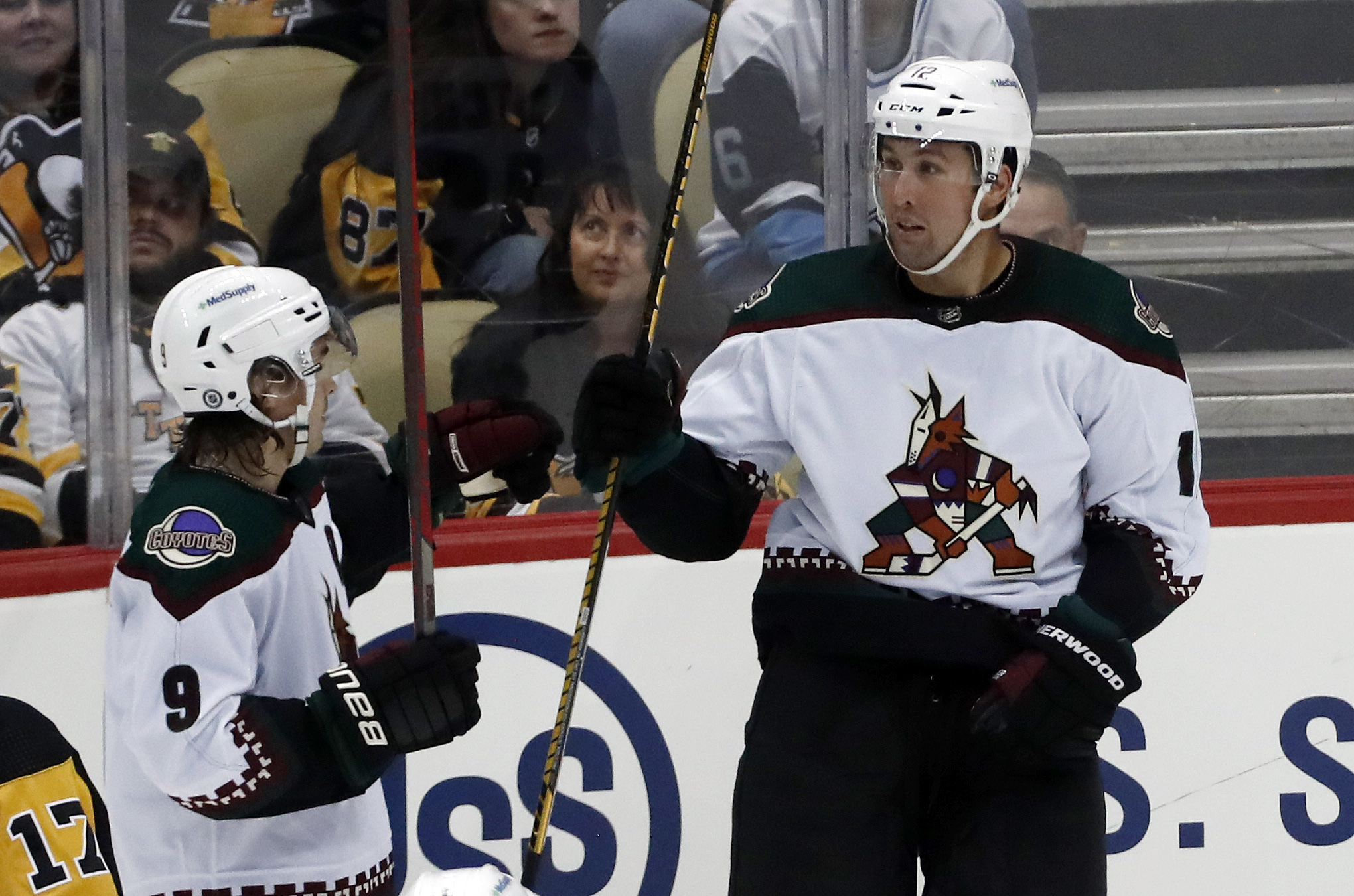 It has only been one game into the 2022 season, however it is apparent that there are two players shouldering the load for the Arizona Coyotes team. In a 6-2 loss Thursday night, two players were responsible for putting points on the board in Pittsburgh. Is this how the rest of the season will go?

Nick Ritchie scored both goals in the season opener, both coming off of assist by veteran leader Shayne Gostisbehere. Also in on the action with the hockey assist was J.J. Moser.

The Coyotes as a team put up 28 shot attempts in the season opener. Ritchie who only shot the puck three times, scored on two of them.

Which means out of 25 other shot attempts, no one was successful at putting up a goal.

Gostisbehere is the veteran on this team full of youth. He is also the vocal leader, a role he stepped into out of necessity he says. He saw the surplus of young talent when he came to the organization last season and decided to challenge himself to be the guy that speaks winning into the locker room.

His selfless play along with his work ethic and grit on the ice combine for a player with menacing focus. He is the perfect player to have in the middle of the ice, playing rough, playing hard, and looking to set up teammates as much as possible.

In the locker room as I mentioned there are a lot of young players who to this point in their career are still figuring out what winning hockey truly is. Gostisbehere is the guy that is teaching them that.

Ritchie is also one of the veterans on this team, being drafted in 2014. He has been around the block a few times and his knowledge and passion for the game compliments well with Gostisbehere.

Together I’m sure these guys feel like elderly men in this locker room full of 19-22 year olds. Both of these players play with a physical edge.

Bringing that gut and force to the ice is what the Yotes have been missing. Picking both of these players up late last season, this 2022 campaign will be their first together.

Coyotes Place in the Central Division:

The Central Division is and will be a tough ladder to climb for a team with this much youth such as the Coyotes have. However this teams fights hard, starting with Ritchie and Gostisbehere.

If they can finish in the top five of this division come seasons end, I believe that will count as a successful first season in Tempe. For all expectations from fans are bottomed out with the speculation that we are in more of a tanking, than a rebuild season.