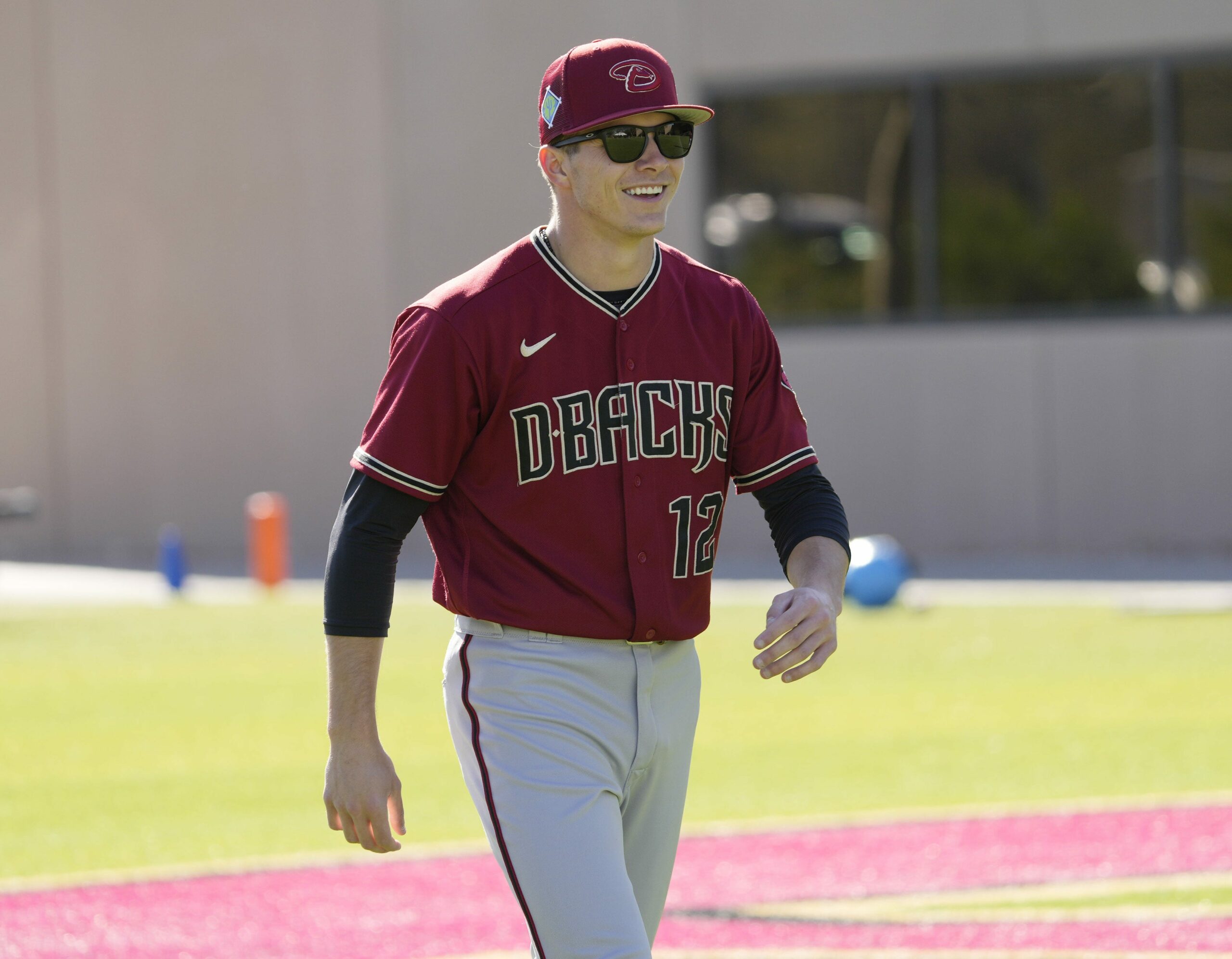 The 25 years old right handed starting pitcher is set to make is Major League debut on Thursday night for the Arizona Diamondbacks. The D-Backs will start a 4 game series against the San Diego Padres. Drey Jameson welcome to the big leagues.

You can't forget about Drey.@JamesonDrey is set to make his @MLB debut tomorrow! pic.twitter.com/ofHHy52I3o

In 2019 Drey Jameson was the 34th overall pick in the MLB Draft, to the Arizona Diamondbacks out of Ball State University.

The last 3 seasons in Minor League ball he proved himself to be a strikeout assassin. In 55 games and 255 complete innings, Jameson recorded 289 strikeouts and a WHIP of 1.39.

He struggles with keeping the ball inside the park however, with an ERA of over 6 so far on this season alone.

What is Expected of Drey Jameson

Absolutely nothing. With 3 weeks left in the season, this is the franchise’s way of seeing what he has against the highest level of competition.

This is the time of year where teams with nothing to lose will take advantage of by calling up young players with potential. He will be able to show what he stuff looks like against a Major League lineup.

Even though the Padres have been middle of the pack statistically. San Diego has some of the biggest names and bats in the league in their lineup.

Drey Jameson will have a chance to go out there and have some fun. As well as figure out what he will need to focus on improving in the off season. This can give him some confidence coming into next seasons spring training. Which I am sure he will get invited to.

The Diamondbacks have some of the best youth in the league, top 5 in prospects. They also have already called up two pitchers in 2022 who have proven they will be starting games next season in the Majors.