Diamondbacks Complete the Sweep in Chicago 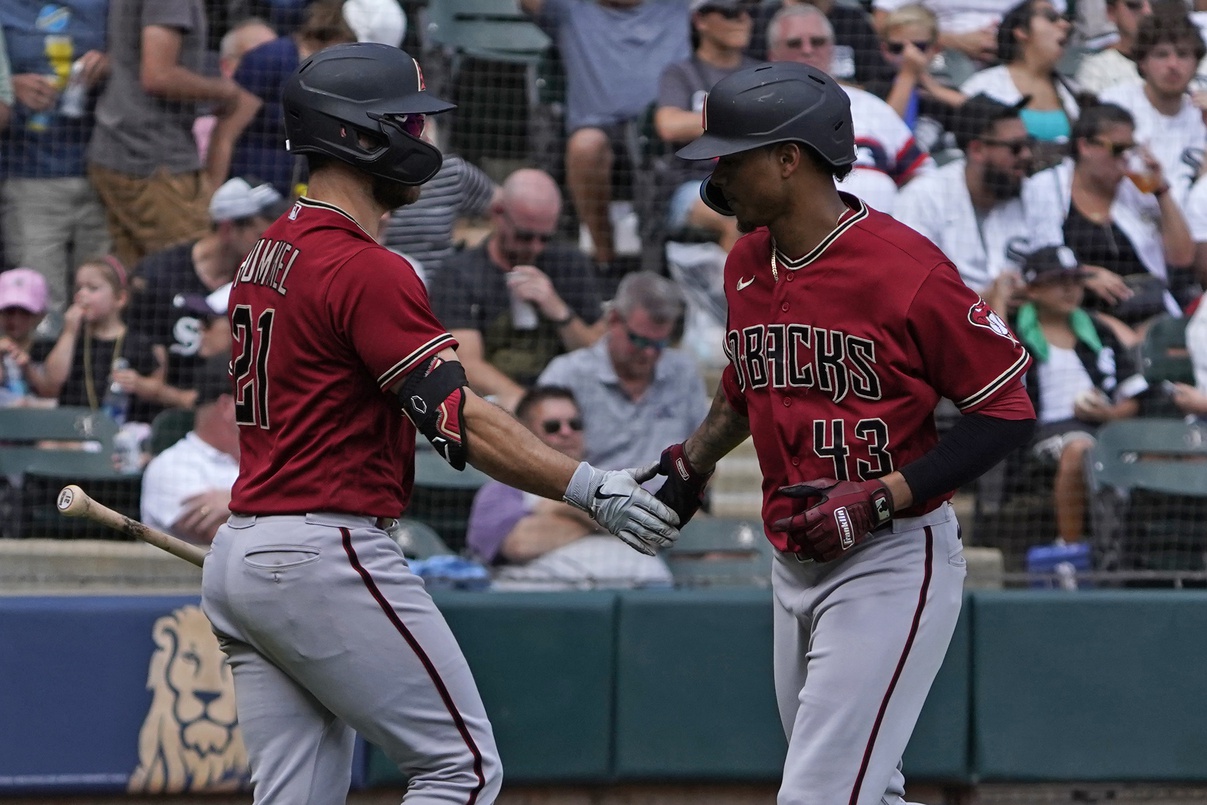 After two games that Arizona completely man handled the White Sox. Sunday the Diamondbacks complete the sweep in Chicago. Sunday’s game was closer than the first two, a 3-2 victory.

D-Backs won in dramatic fashion being down 2-1 going into the 8th inning. Sergio Alcántara hit a solo home run off of Dylan Cease to tie the game in the top of the 8th inning.

Recently called up Stone Garrett continues to show his worth, hitting a solo home run in the 2nd inning for the D-backs.

The sweep feels even better playing the villain

Even though Arizona is out of the playoff race this is the time a year to relish in being the villain for other teams on the bubble of a wild card spot.

Before this series, the White Sox where 4.5 games back with hopes to get a run started. Now, since the Diamondbacks complete the sweep in Chicago, the White Sox are 6 games back. The fans on the southside are begging for ownership and manger changes, being pretty open to their disappointment.

Besides calling up young players to see what they have to offer, this time of year feels good to be able to knock other teams out of contention.

What is next for the D-Backs

Arizona will start a 3 game series against the Philadelphia Phillies tomorrow, another team on the bubble of the wild card race. Can the D-Backs play spoiler again? Monday Madison Bumgarner will take the mound and try to push this win streak to 4 games!