Could the Suns be Targeting Carmelo Anthony? 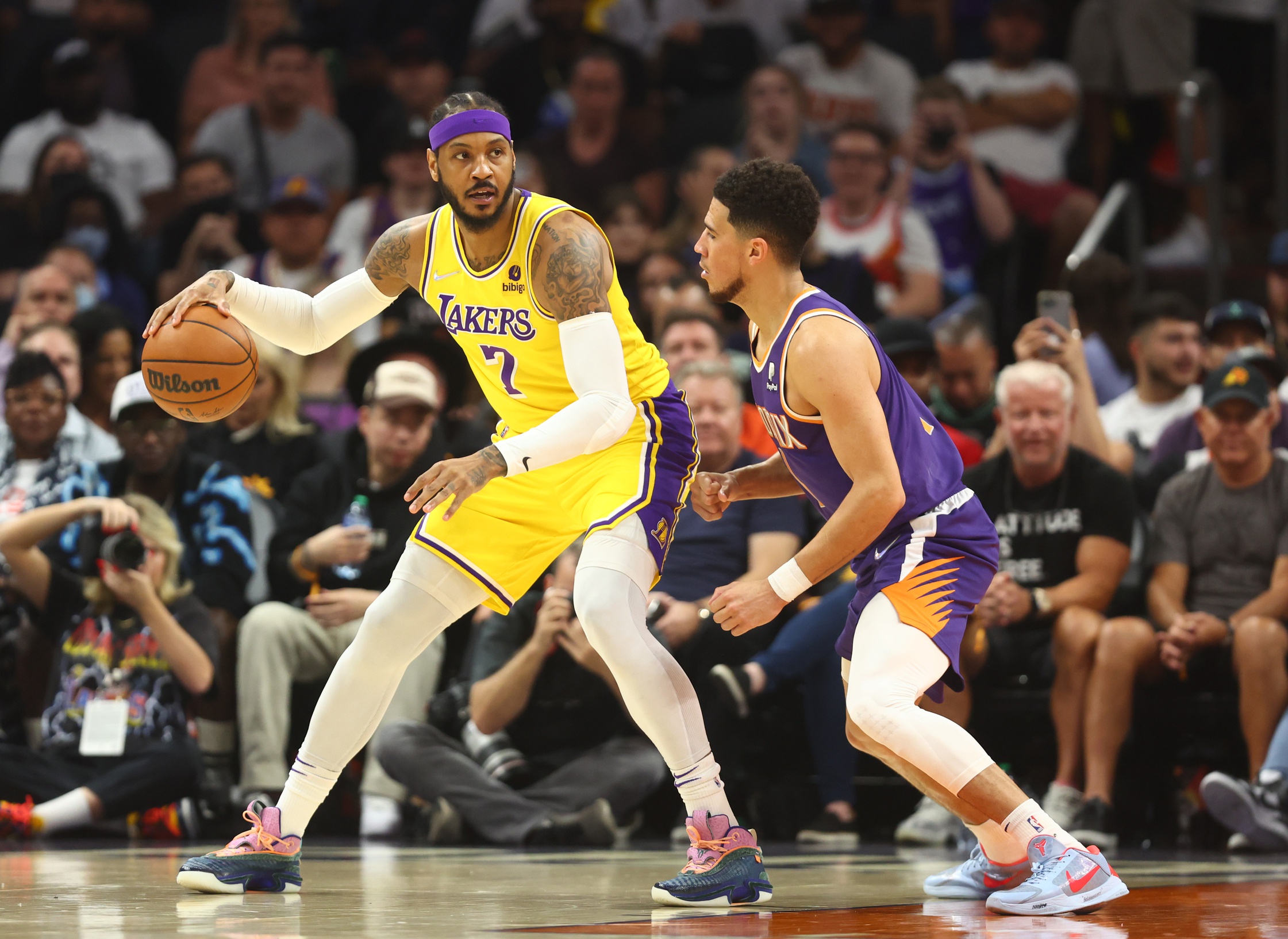 The Phoenix Suns are putting the finishing touches to an odd offseason. Albeit Kevin Durant made things quite interesting for Phoenix’s front office,  the realistic side of the Suns’ summer was relatively quiet.

As it stands, the Suns squad that takes the floor in October will bear the same resemblance as last season’s group. The front office has clearly opted more so on continuity with the existing group rather than risking chemistry with addition through subtraction.

If that remains the case, Carmelo Anthony would be a likely player to fit into the Suns’ agenda. Anthony, 38, won’t be looking huge minutes from any team that signs him. There’s also been rumblings from analysts at Phoenix taking a crack at Anthony.

Even at 38, Anthony has been a hot commodity in recent summers. Most contending teams have put forth their best efforts to sign the future Hall of Famer to round out a championship-like roster. Phoenix still has a mid-level exception contract to hand out, and Anthony would fit the bill.

Anthony spent last season with the Los Angeles Lakers. Anthony’s career had been on a decline before a reviving stint with the Portland Trail Blazers. Anthony finished last season averaging 13.3 points and 4.2 rebounds through 26 minutes of play.

How he would fit into head coach Monty Williams’ offense isn’t the biggest question mark. Anthony would be there to do one thing — score. The bench unit isn’t showing much identity at the current, and Anthony could provide a consistent scoring spark.

On certain nights, Anthony could even see himself inserted into the starting unit. Phoenix is in search for a post-up like forward. While Anthony has transitioned his game to the 3-point range, his bread and butter is the post-up, mid-range area.

As the days dwindle, Phoenix’s options will as well. Anthony could be a quick solution.