Cardinals to interview Dan Quinn for a second time 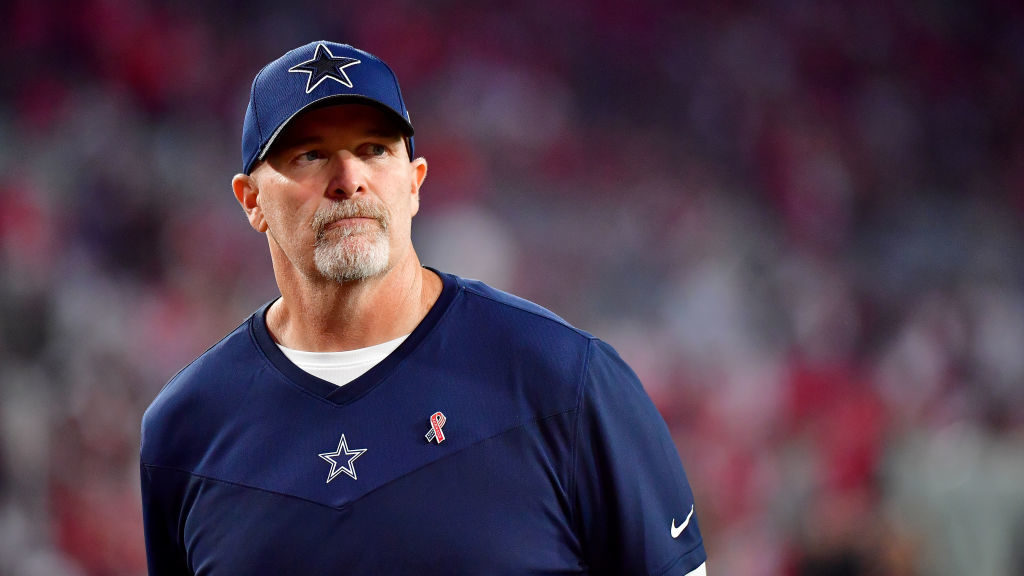 The Arizona Cardinals are set to interview Dan Quinn for the second time in hopes of filling their current head coaching vacancy.

NFL insider Tom Pelissero stated the Cardinals will fly in Quinn on Tuesday night. The interview will take place just day days after Dan Quinn and his Cowboys were eliminated from the playoffs.

The #Cardinals are flying in Dan Quinn tonight for a second interview for their head coaching job, per sources.

Quinn also is a top candidate for the #Broncos and the #Colts, who want to bring him in later this week. First big domino falling soon? pic.twitter.com/93e8Xnrj16

The 2021 AP NFL Assistant Coach of the Year brings a lengthy resume filled with coaching experience that spreads across six different NFL franchises.

He began his NFL coaching career back in 2001 with the San Francisco 49ers, working as a defensive quality coach.

For the most part, Quinn has had the job of a defensive coordinator, most recently with the Dallas Cowboys over the past two seasons.

However, he does offer experience as a head coach. From 2015–2020, Dan Quinn was the HC of the Atlanta Falcons, where he would have won a Super Bowl if it were not for the famous 28–3 Tom Brady comeback.

Throughout his entire career with the Flacons, Quinn finished with a 43-42 regular season record and made the playoffs in two out of the five years.

The announcement of this second interview led many to go back to a quote from former Cardinals wide receiver Larry Fitzgerald.

Fitzgerald is one of the most respected players in Arizona sports history. Meaning, fans respect his word and believe in his football knowledge.

When speaking with sportscaster Jim Gray, Fitzgerald noted that Dan Quinn would be his number one option as the new head coach for Arizona.

“He’d be No. 1 in my opinion. No question about that. What he’s done. Obviously his experience, he did really good in Atlanta and had he run the football a little bit more he’d have a Super Bowl championship. So I don’t think it’ll be much longer until Dan Quinn is back on the sidelines as a coach in the National Football League. I think for him, most importantly, it’s finding the right situation. You don’t want to go to a team where you don’t have a quarterback, you don’t have a chance to win. You want to be in a place where you have a legitimate shot. Those type of jobs are difficult to come by. They don’t turn over often.”

In an attempt to bring stability back to the organization, Dan Quinn may be just the guy that the Cardinals are looking for.