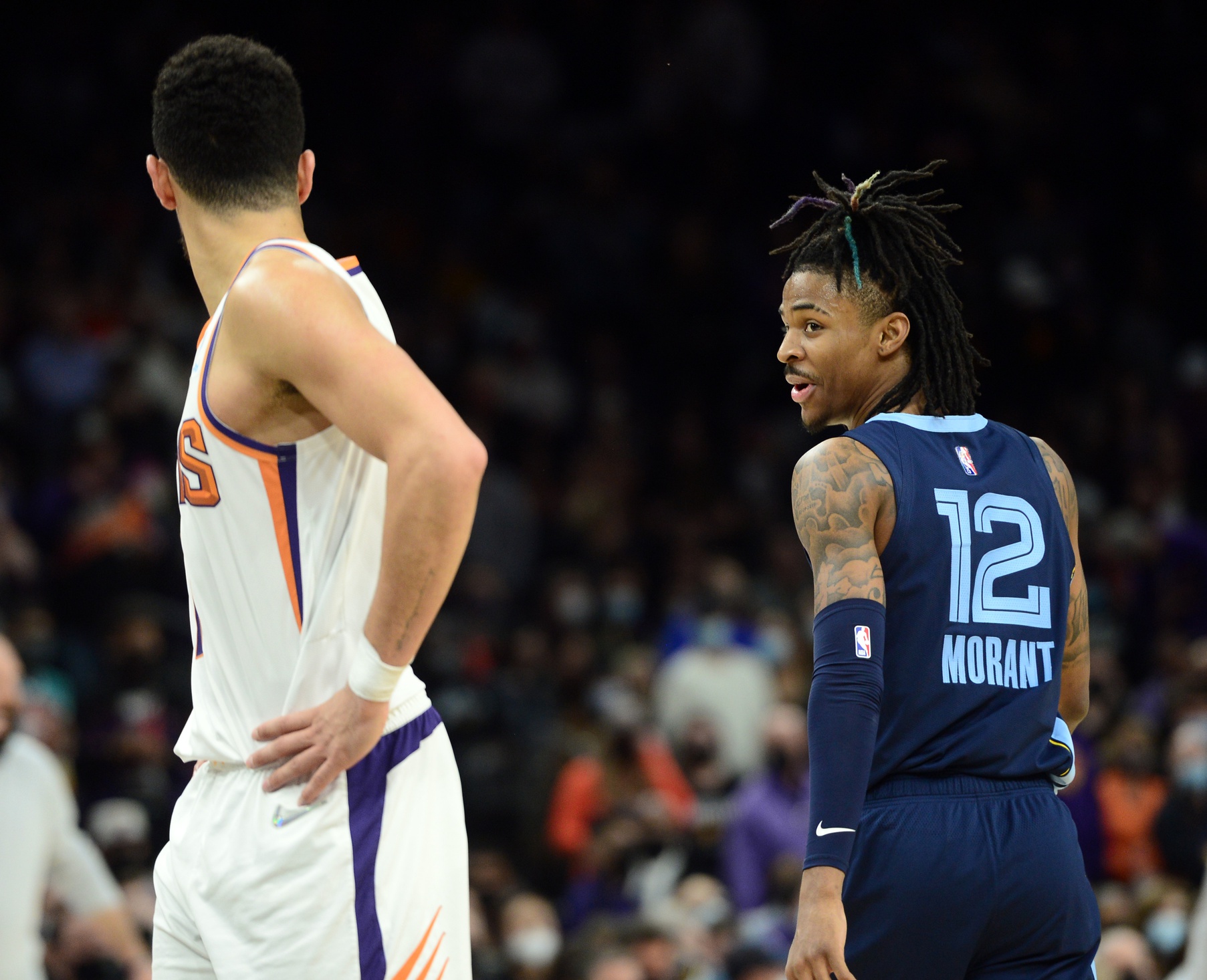 The Western Conference has proven time after time that it consists of far too many contenders. With that, each season brings about a team that separates itself from the pack as time progresses.

Memphis Grizzlies star guard Ja Morant feels that it’s now the Grizzlies time, and that not even the Phoenix Suns pose a threat to their championship run. During practice, Morant doubled-down on his take on the Western Conference, including the Suns.

Ja Morant was asked about his “I’m fine in the west” comments at shootaround.

Reporter: What about the Suns?

Morant recently sat down with ESPN’s Malika Andrews to give his outlook on the challenging Western Conference and Memphis’ competitors.

The Grizzlies currently hold the No.2 spot in the conference, while the Suns sit at No.4. The top five teams in the West hold the same number of wins at 19, making for a tight race coming into the second half of the season.

The Suns have won three of their last four, dropping their latest game to a sinking Washington Wizards team.

While most teams have dealt with a bit of injuries early on, Phoenix has arguably seen the most. Chris Paul is finally back into game shape after missing a considerable amount of games with a heel injury.

To add to that, Cameron Johnson is rehabbing from a torn meniscus. Phoenix has also had multiple roadblocks in dealing Jae Crowder, which hopefully can come to fruition soon given new owner Mat Ishbia taking the reigns.

Yet through it all, the Suns have managed to adjust on the fly while maintaining a top seed. Devin Booker has been able to insert himself into early MVP talks given his playing as well.

Morant’s confidence in his club is something every superstar should aspire to possess. Even so, there’s numerous teams that do in fact pose a threat to the Grizzlies — one being the Suns.

Devin Booker and Cameron Payne Out Vs. Grizzlies
Kliff Kingsbury on ESPN report: “No. I haven’t seen that, but no.”
Loading More Posts...