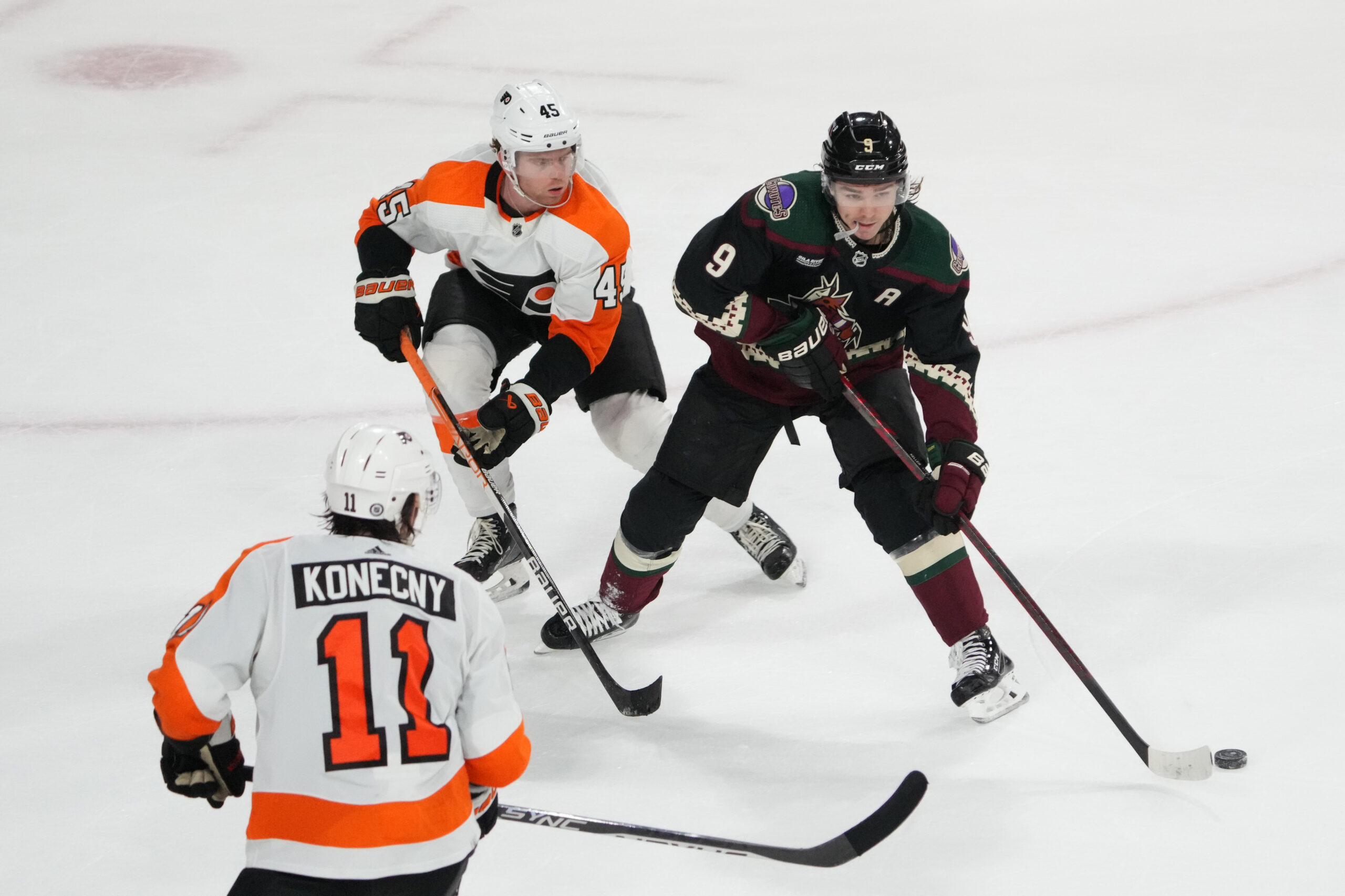 The Arizona Coyotes took on the Philadelphia Flyers Sunday night. Winning in overtime, giving them their second win in a row. The 5-4 showdown fits right in with the style of play the Coyotes have put on display.

Five Goals in the Second Period

After a quiet first period in which Clayton Keller scored the only goal of the game, giving the Coyotes a 1-0 lead at first intermission.

Quickly, within five minutes of the second period the Flyers put up two goals. After taking a 2-1 lead, Philadelphia gave up two goals.

Keller scored his second goal of the night, 9th on the season, to tie the game up at 2. Shortly after Jack McBain gave Arizona the lead again scoring about halfway through the period.

With about a minute left, the Flyers tied the game up once again on a goal closing out the period.

Down to the Wire

Coyotes and Flyers both score one run in the third period. Nick Ritchie scores his 7th goal of the season unassisted 7 minutes into the third period to give Arizona a brief 1 goal lead.

With 2 minutes and 17 seconds left in the game, Arizona gives up their lead. Allowing the Flyers to tie the game for the 4th time in regulation.

The game ended 4-4. Free hockey was given to the fans in Mullett Arena, as this game went into overtime.

The sudden death almost meant nothing in this overtime, as the two teams played 4 minutes and 37 seconds of the 5 minute overtime period.

Before Clayton Keller put his third goal of the game into the net. Giving him a hat trick as well as giving the Coyotes their second win in a row.

Arizona beats Philadelphia 5-4 and get ready to take on the Sharks in San Jose tomorrow night.