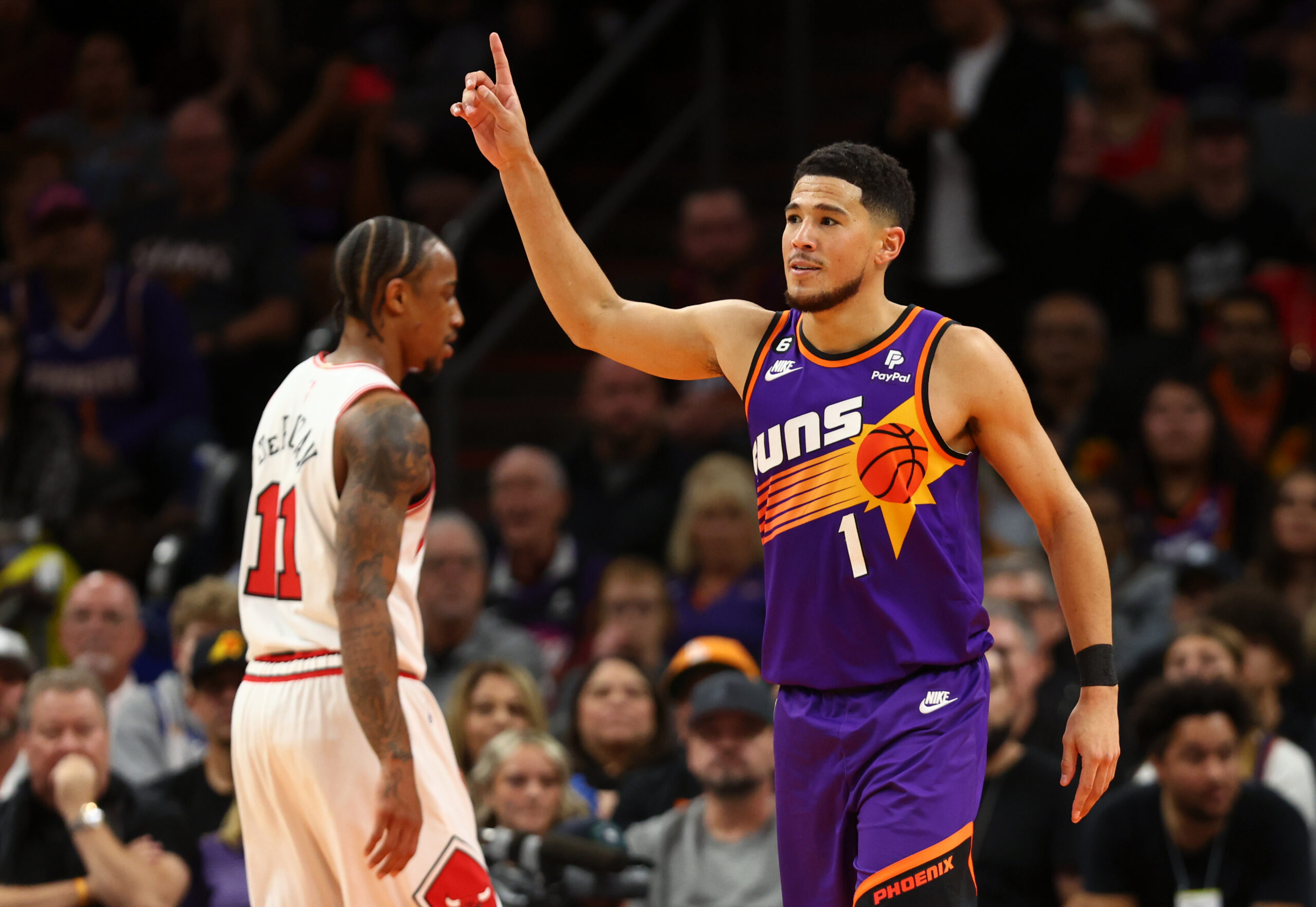 Last night against the Chicago Bulls, Devin Booker lead the Phoenix Suns to a blow out victory scoring 51 points along the way. The performance was so efficient it even caught the eyes of one of the best players in today’s game. Kevin Durant was impressed.

Ridiculous is right, sometimes something is so good it is bad. Durant got on twitter last night and saluted Booker’s performance, specifically the shooting percentage Booker put up in his 51 point showing.

Booker went 20 for 25 from the floor, prompting this tweet from Kevin Durant…

Devin Booker is reaching peak MVP form, after dropping 44 on Monday against the Kings, he backed that up with 51 last night.

The home crowd in Phoenix at Footprint Arena got behind the superstar. They chanted “MVP, MVP, MVP!” as Booker was at the free throw line during the third quarter.

With the Suns holding the number one spot and Booker putting up historic performances, it is only a matter of time before his name gets added to the MVP list alongside Luka Dončić, Ja Morant, Jayson Tatum, and Giannis Antetokounmpo.

A Devin Booker Masterpiece
This is the Deandre Ayton Phoenix has been Waiting On
Loading More Posts...