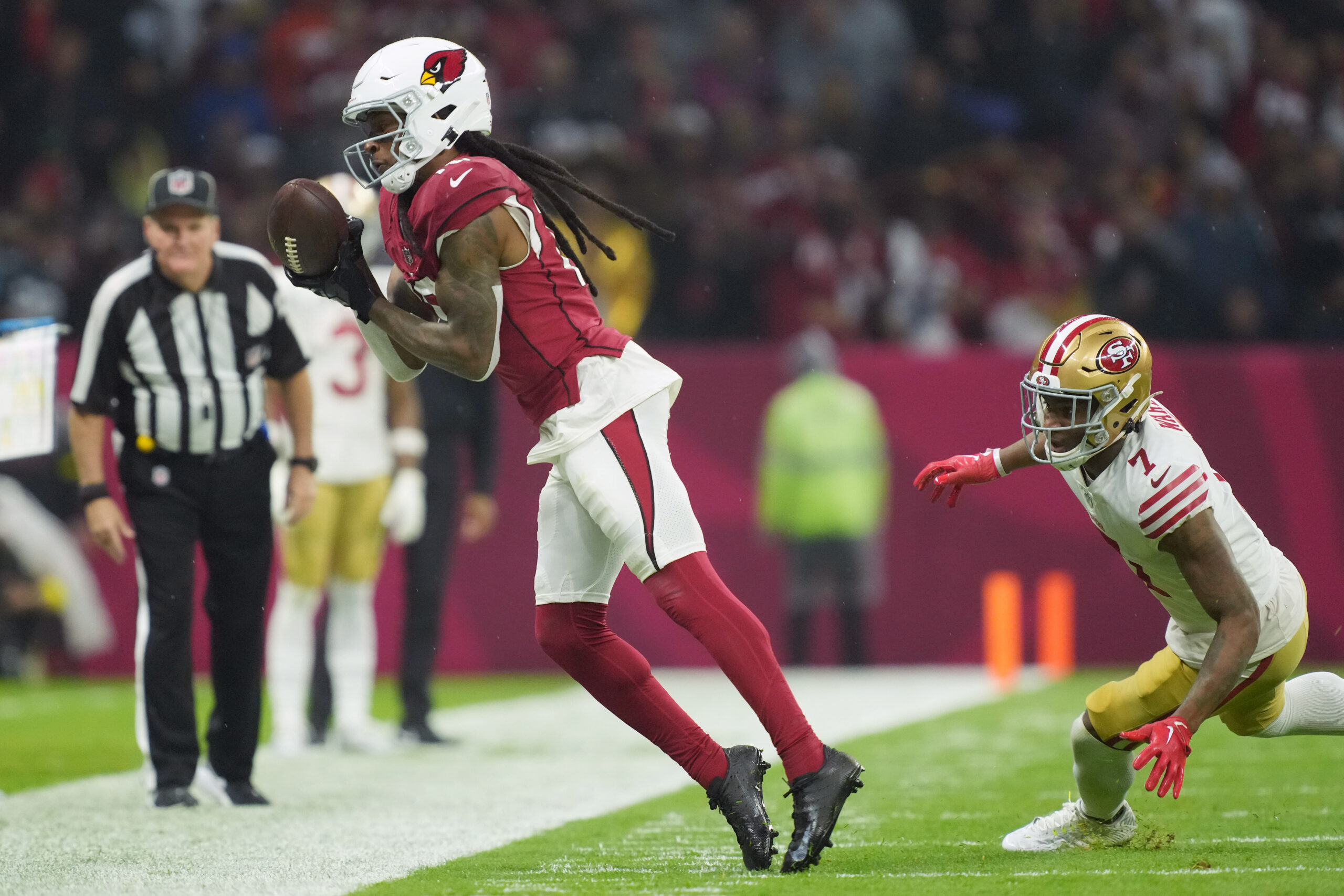 San Francisco 49ers DB Charvarius Ward did not hold back when asked if he was impressed by DeAndre Hopkins’ Monday night performance.

Additionally, Ward told the 49ers radio host after the game, “D-Hop, he think he a tough guy. He think he still one of the best receivers in the league, and he really not.”

These comments come after Hopkins missed the first six weeks of this season due to a positive PED test over the offseason. Even though Hopkins claimed there was only .1% found in his system, the league responded with the required six-week suspension.

But both players played great in Mexico City on Monday night.

Charvarius Ward had a season high of nine tackles, one of which was a tackle for a loss.

And DeAndre Hopkins had nine receptions for 91 yards. This is even with a backup quarterback. Not to mention, Charvarius Ward was guarding him for the majority of the night.

But this performance by Hopkins was not enough as the 49ers steamrolled over the Cardinals with a final score of 38-10.