Devin Booker Had Some Words For the Timberwolves Bench During Win: “We Don’t Play Iso Basketball” 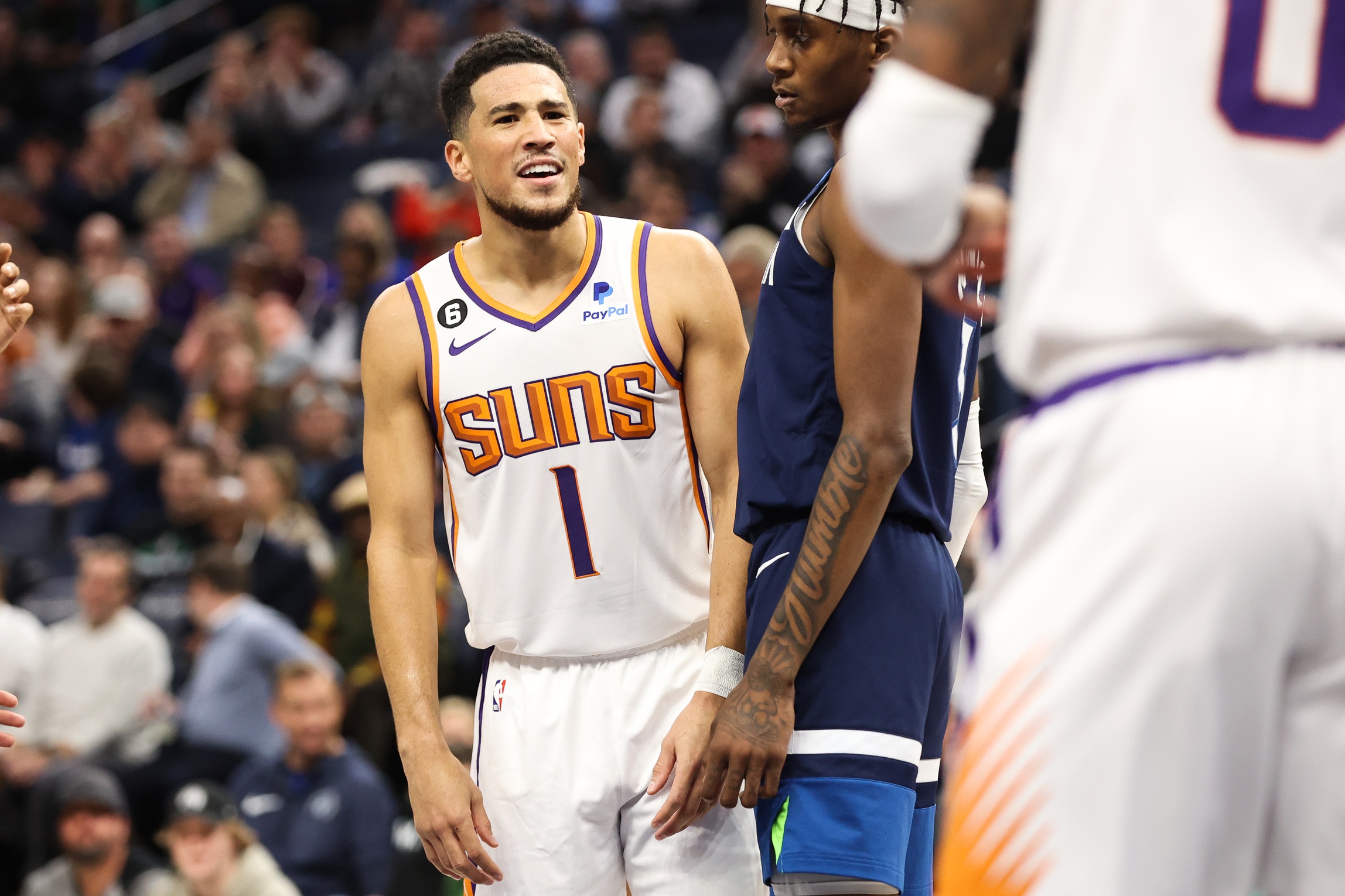 The Phoenix Suns had an all-around great game against the Minnesota Timberwolves in a 129-117 sound win last night. Devin Booker led the way with 32 points and 10 assists all without Chris Paul and Cam Johnson on the court.

Throughout the second half, Booker had some choice words for the Minnesota Timberwolves bench which he was chirping back and forth with during a pair of Rudy Gobert free throws while they were up 101-78 late in the 3rd quarter. Booker yelled, “We play team basketball, we share the ball” according to Dane Moore.

Devin Booker just yelled at the Wolves bench, "we play team basketball, we share the ball!"

In the video below Booker had more words to say to the bench while Gobert was shooting free throws. “Move the ball, we don’t play iso basketball that’s wrong.”

To Booker’s defense, the Suns accounted for 31 assists while shooting 45.7% from three while committing 10 steals and forcing 19 turnovers. A full-on team effort by a top 3 defensive team in the league and a top 5 all-around team in the league.

Booker wasn’t the only star to perform well either, Mikal Bridges dropped a season-high 31 points along with 8 rebounds and 5 assists while Cameron Payne who took over for Chris Paul dropped 23 points 8 rebounds, and 6 assists. They played a great brand of team basketball tonight that could propel them greatly as the team gets healthier as the season progresses.

The Suns are looking to continue this momentum into Orlando for a Matchup with the Magic on Friday. We shall see if their great team-first culture can propel them to a special season.