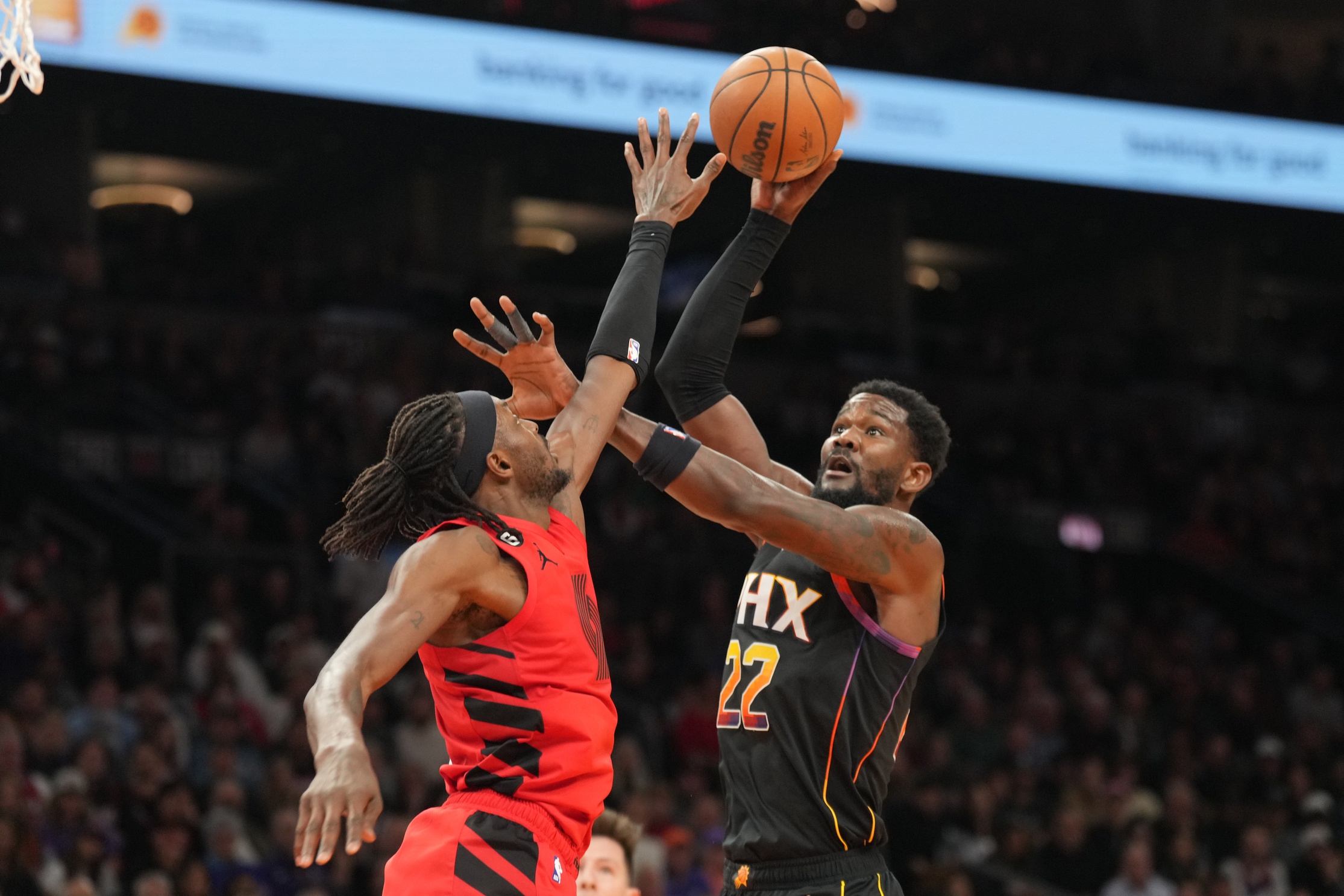 It was a wire-to-wire battle for the Phoenix Suns against the Portland Trail Blazers on Friday night. The Suns were without Cameron Johnson, while the Blazers entered Friday without Damian Lillard and Anfernee Simons.

Though, Phoenix gave its best efforts, it wasn’t enough to stop Portland’s efforts. The Blazers walked away with a last-minute 108-106 win over the Suns.

The Suns lost one of its primary two-way players in the first quarter with Johnson. Johnson injured his knee, forcing him out of the remainder of the contest.

That didn’t stop Devin Booker and Deandre Ayton from putting up 14 combined points early in the first quarter. Ayton also showed off his improved range after connecting for two three-pointers during the first half.

Phoenix’s bench was called upon to generate points after Johnson’s exit, but they weren’t able to contain a rolling Blazers squad. As such, Phoenix trailed going into the half 59-49.

Phoenix came out determined to settle down its offense in the third quarter. On defense, containing Jerami Grant was a priority, as he ended the first half with 18 points. Being without Lillard should’ve exposed most of Portland’s offense, but that wasn’t the case.

Chris Paul continued his distribution expertise throughout the second half, dishing out 11 assists to his teammates. Booker continued to attempt finding his shot, but it was more times than not a challenge. Booker shot 8-for-21 from the field at the end of regulation for 25 points.

Ayton had an exceptional night, putting up 24 points along with eight rebounds through regulation as well.

Though Phoenix was able to count on its stars, Portland didn’t make it an easy night out. The game was lost on the Suns after a game-winning jumper by Grant. Justice Winslow, his assister, ended the night with 12 points, nine rebounds and nine assists.

Phoenix has been in two late-game situations with Portland this season, both coming with crucial plays towards the end. The Suns now are 6-2 and will look to regain their momentum against the Blazers once more on Saturday in a back-to-back.