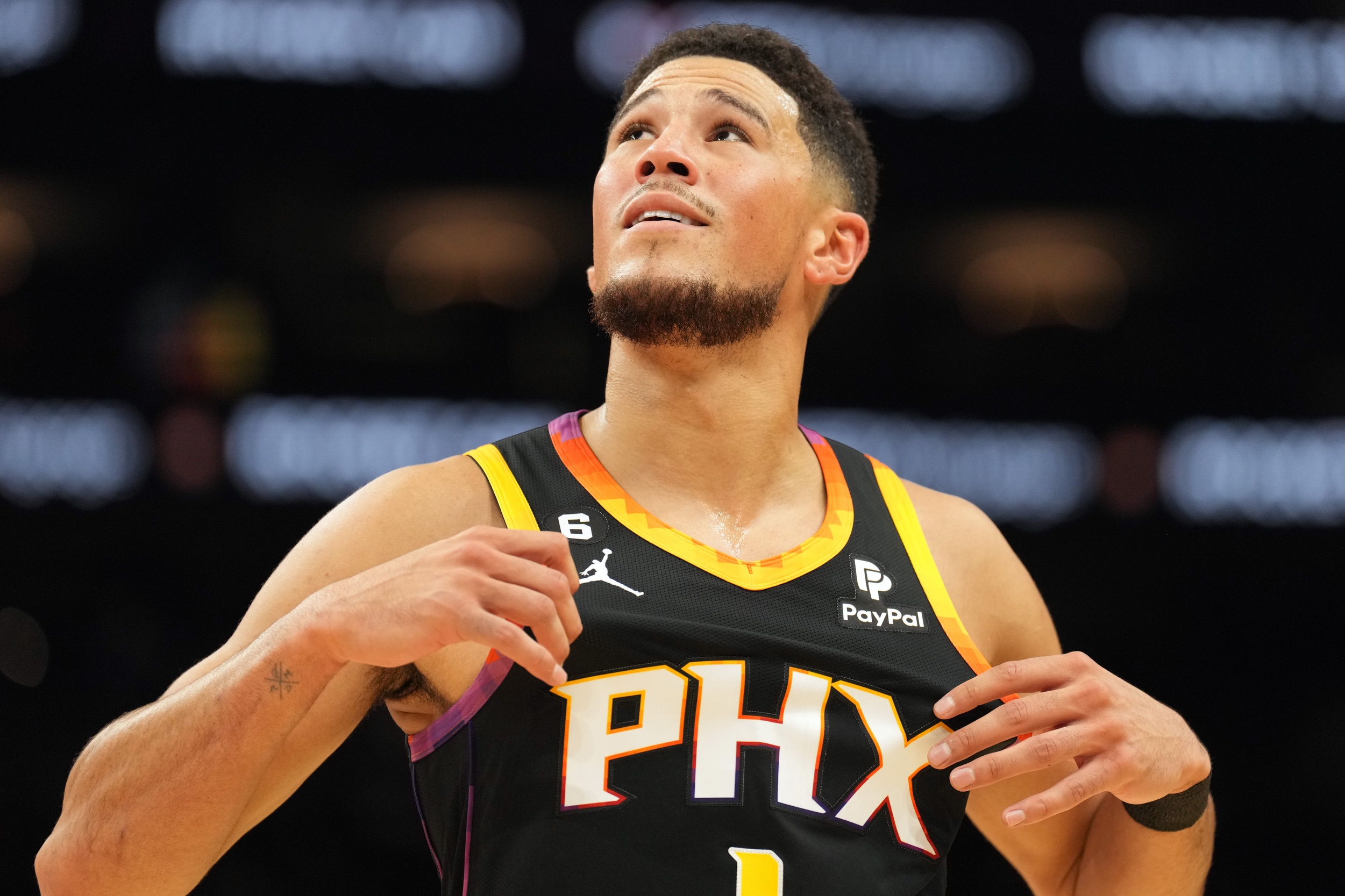 The Phoenix Suns are hosting the Portland Trail Blazers on Friday night. It’s a west coast rematch for Phoenix, as they matchup against the squad to hand the Suns their only loss of the season.

The Suns are currently 6-1 while on a five-game winning streak. Portland is without Damian Lillard and Anfernee Simons.

Given that, the Suns still trailed the Blazers 59-49 going into halftime.

Deandre Ayton put himself ahead of his return timetable as he suited up on Friday night. The star big man was dealing with a left ankle injury.

Ayton and Devin Booker got off to a hot start, combining for 14 points during the first half of the first quarter. Booker finished the quarter with 11 points, though he had some costly turnovers. Ayton also connected for his only attempt from three-point range.

Cameron Johnson exited the game around this time due to a knee injury. Johnson’s absence will be unfortunate for Phoenix, who ‘d become reliant on his scoring.

As normal, it was next man up for the Suns, and Torrey Craig answered the call early on. He was perfect from the field with two rebounds through the first quarter.

Head coach Monty Williams has been going more with non-mixed bench units for extended periods of time. That was the case to open the second quarter. Damion Lee along with Landry Shamet headed the backcourt given Cameron Payne‘s injury. The frontcourt featured Jock Landale along with Dario Saric. Saric is still working his way back into game form after his ACL injury.

Landale saw minor minutes early in the second quarter before WIlliams inserted Bismack Biyombo, who’s been favorable during Ayton’s time out with injury.

The bench had a hard time generating fluid offense, allowing Portland back into the game. As such, Williams didn’t wait long before inserting Chris Paul in for more offense control. Paul’s presence wasn’t enough though, as the Trail Blazers maintained their lead around the six-minute mark of the second quarter.

Ayton was inserted with Booker in hopes of turning around a small lead that Portland had maintained. Ayton knocked down his second three-pointer of the game, putting him up to 14 points along with two rebounds.

On the other end, though, Jerami Grant was an unsolvable issue on offense for Phoenix. He was up to 14 points as well around the three-minute mark, missing only one of his shots for the half.

Phoenix closed out the second quarter strong, but the Suns still were behind 59-49 at halftime. The Suns will have to take advantage of a team without two of its core pieces in the second half.