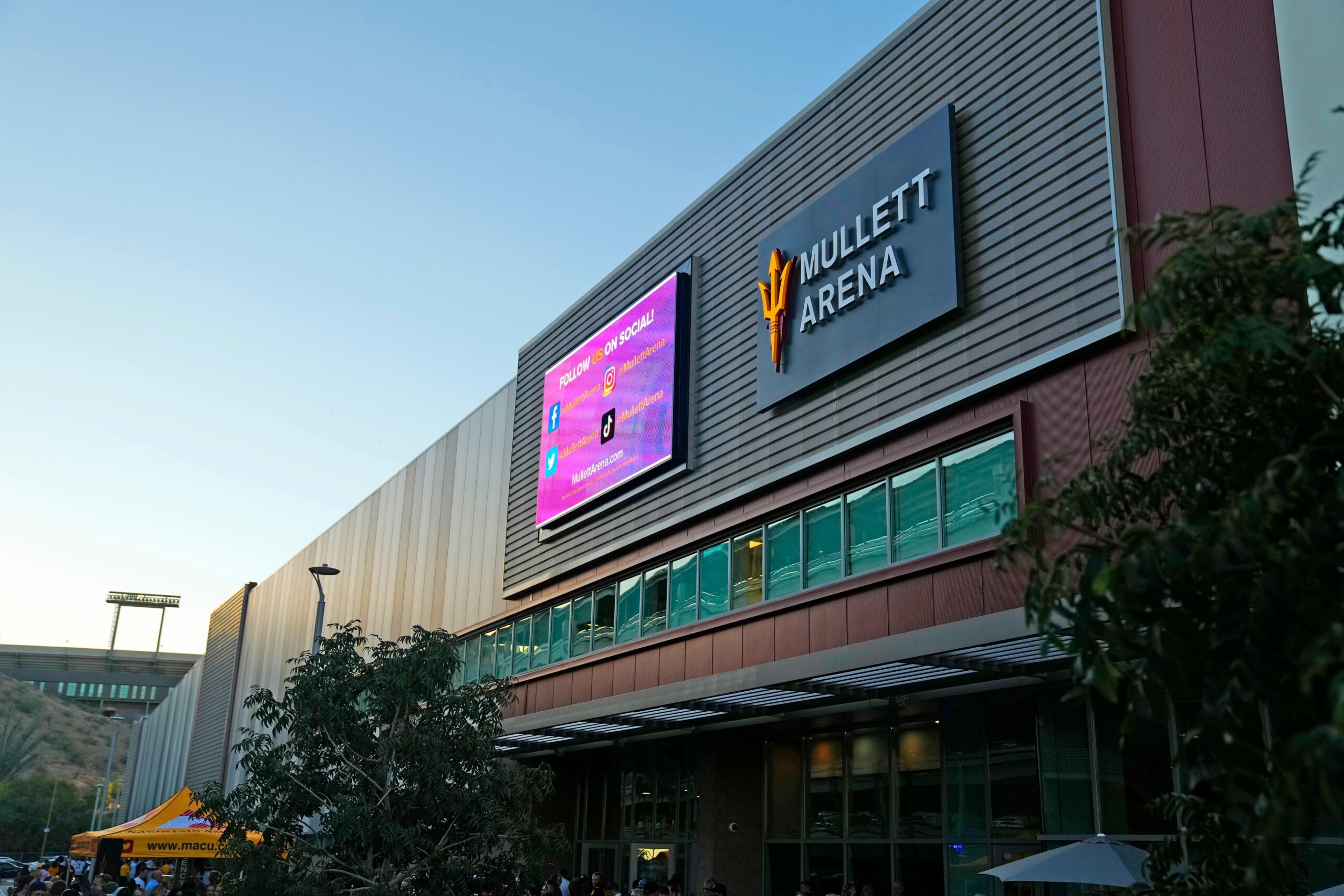 The Arizona Coyotes open up Mullett Arena for the first time ever on Friday night against the Winnipeg Jets. The only problem? The visiting locker rooms have not been built yet. As I type this the temporary locker rooms are being built out of plastic piping and concert nets. The official annex for the visiting locker rooms will not be ready until December. Which means the first four opponents will have to deal with being in a corner of the arena with no real walls around them.

After the video surfaced of the workers at Mullett Arena putting together the temporary locker room, the jokes spread like wildfire.

The jokes did not stop there as people also chimed in on the stadium only holding 5,000 seats which is the smallest NHL arena in the history.

While it allows the arena to be more intimate, it has become another laughing stock of the Arizona Coyotes.

This will serve as the @ArizonaCoyotes home and it’s pretty hilarious 🏒 pic.twitter.com/abmOybD95C

Arizona Coyotes will open their home arena Friday and look to win two games in a row for the first time this season. After going 2-4 to start the season, playing all six games on the road.

The NHL and the Coyotes have been in constant communication concerning the visiting locker room situation. The teams that will endure this make-shift locker room have been updated on what they will walking into.

Coyotes will have an unusual home ice advantage until the visiting team gets the proper amenities.