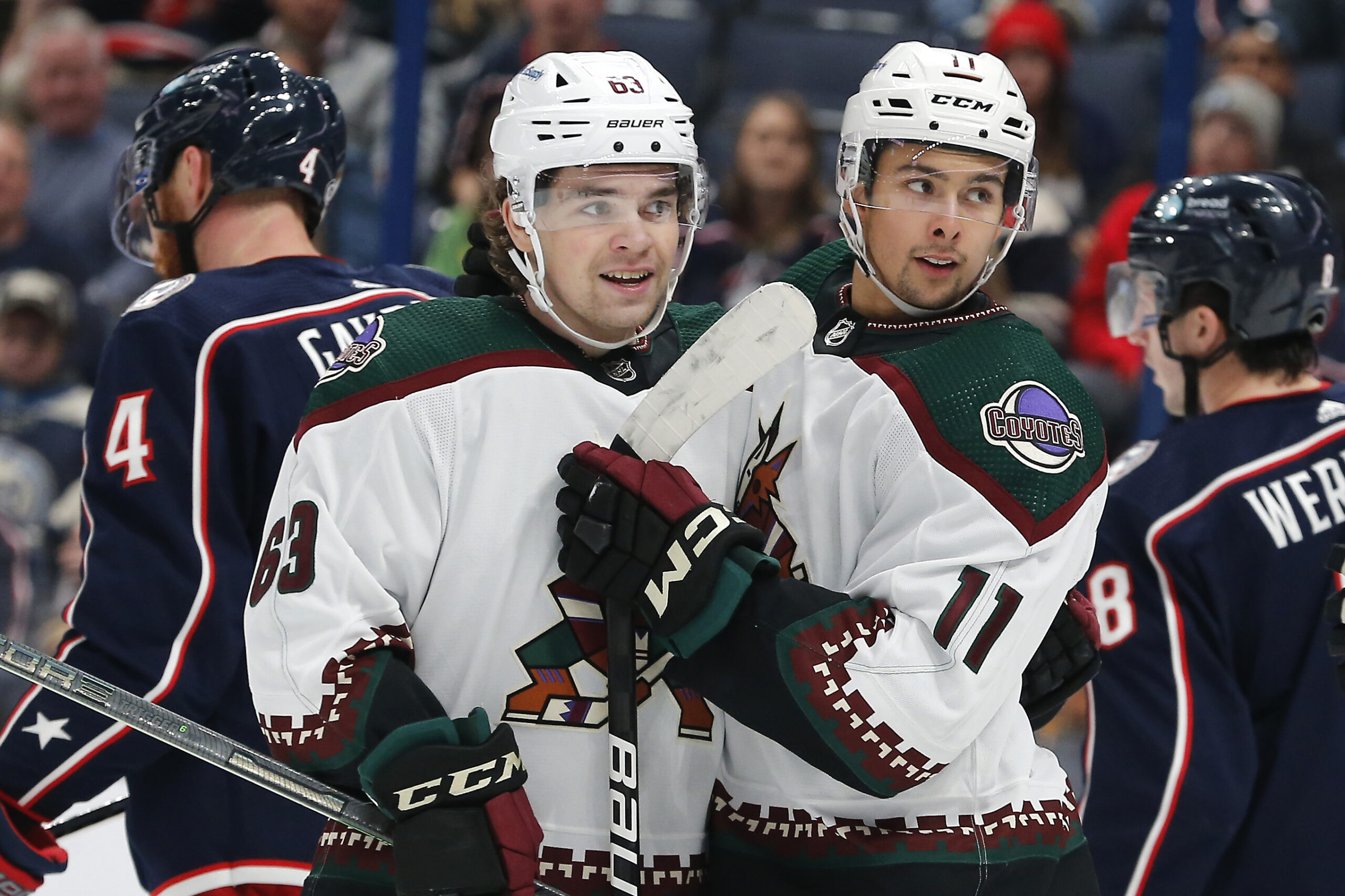 The Arizona Coyotes who start this season off on a six game road trip, played the last game of that road trip tonight in Columbus. Coming into the game 1-4, the Coyotes look to get some momentum going before returning home on Friday for their home opener and first game ever in Mullett Arena.

For only the second time this season, the Coyotes are in the lead at the end of the first period. Arizona came out with intense focus tonight, getting out ahead early.

The defense was solid in the first period, blocking 11 shots on goal from the Blue Jackets. While on offense out of the 4 shots on goal the Yotes had, two of them hit the back of the net.

Shayne Gostisbehere started the scoring off for the game 9 minutes in with a goal. About 6 minutes later, Zack Kassian scored his first goal of the season. Giving the Coyotes a 2-0 lead at the first intermission.

The second period mirrored the first in this game as the Arizona Coyotes scored 2 goals and gave up 0.

Gostisbehere got his second goal of the game, fourth on the season, pushing the lead to 3-0 over the Blue Jackets. He has been the Coyotes most efficient player thus far in 2022-23.

Then 15 minutes into the second period the Yotes add to the lead on a Dylan Guenther goal, his second of the season.

For Arizona fans it feels refreshing to have a 4-0 lead after two periods are in the books.

Two minutes into the third period, Jack McBain puts the fifth goal of the night up for Arizona. The Coyotes are high flying in this final game of the road trip.

Arizona will return to Phoenix for their first home game of the season Friday night. They will be looking to bring home some of the momentum from tonights game in Columbus.

The Coyotes win their second game of the season, 6-3 after three garbage time goals in the final minute.

Arizona showed their potential scoring two goals in each period.