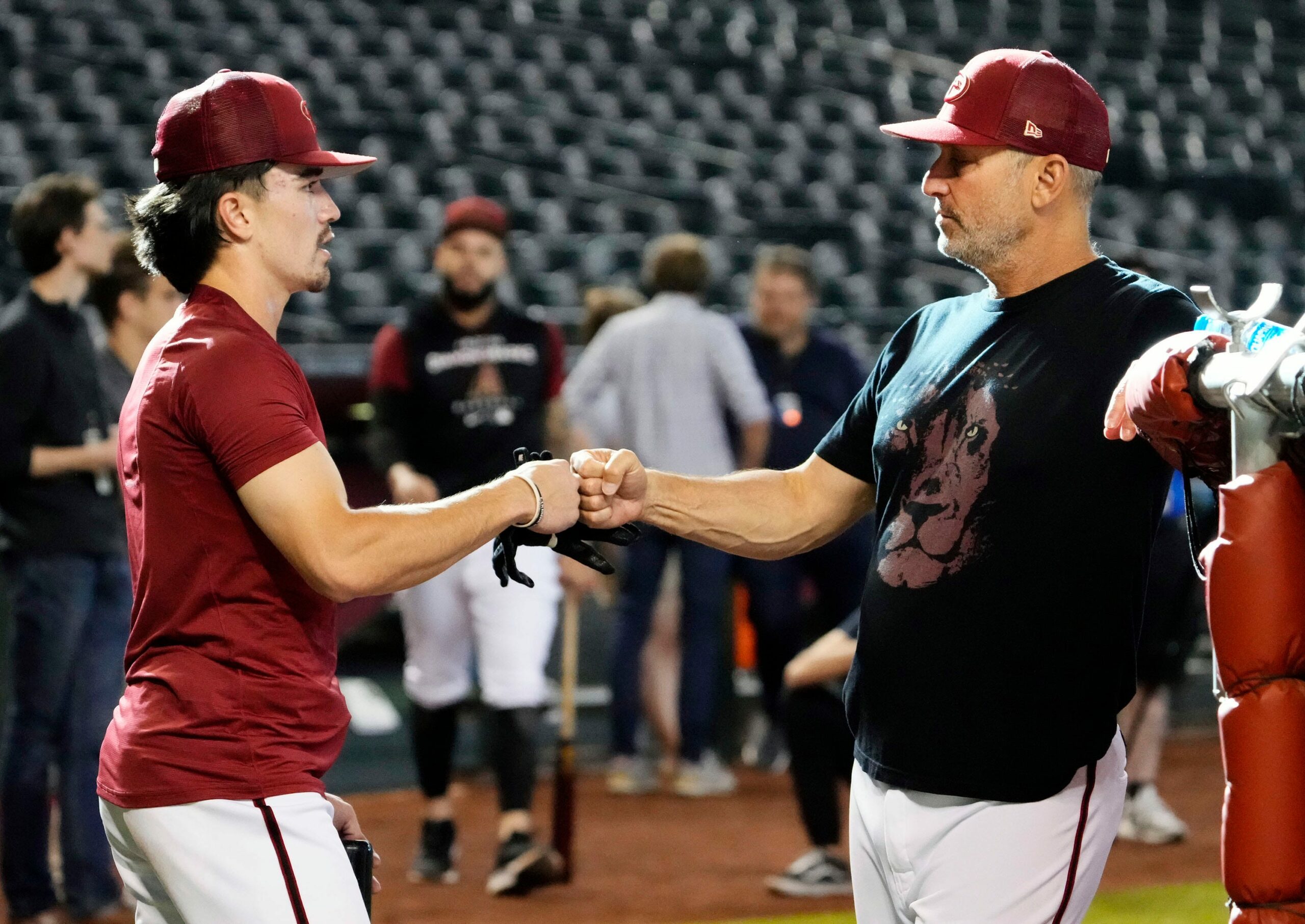 The 2022 MLB season for the Arizona Diamondbacks was one to be excited about. This season, the results did not show what fans wanted to see. However, the potential shown by this franchise moving forward has fans ecstatic. The Diamondbacks put out tons of youth onto the field, most of which performed huge under the bright lights.

With manager Torey Lovullo getting an extension to come back for 2023, the franchise looks to build off of the foundation set this season. The potential for this team is a high 10 on the rector scale. From the magnitude of players called up this season, to the impressive draft picks selected.

Kids That Got Called Up

There were three pitchers that got called up late in the season, all of which had dominating first starts.

Tommy Henry was the first one to get called to the show. In his nine starts he gave up 57 hits and 28 runs. His stuff looked good however, once he learns the command needed to pitch in the big leagues, he will be a bright spot in this rotation.

Ryne Nelson was called up a few weeks later. He did not give up a run through his first two starts. In 18.1 innings pitched he gave up 4 runs on 9 hits, pitching to the tune of a 1.47 ERA.

Add this trio of starters to the roster next season with Merrill Kelly and Zac Gallen, I will get to both in a bit, and this team will have a top five rotation in 2023.

There were a new player getting called up every three weeks it felt like this season. All of which earned a spot on the roster moving forward, and all had bright spots.

On May 8th, Alek Thomas was purchased from the minors and played the rest of the season at centerfield. In 113 games played, Thomas batted .231 with 88 hits, 39 RBI’s, 8 home runs and 45 runs. As well as playing an amazing center field for the ball club, making play after play.

Three weeks later on May 20th, Jake McCarthy got the call, after a rough first few weeks this kid became a fan favorite. The energy he brought to the field on a daily basis was contagious. In 98 games played, he hit to the tune of .287 with 91 hits, 43 RBI’s, 8 home runs, and 53 runs on the season. His timely hitting was key to a lot of D-Backs victories this season.

On August 17th, Stone Garrett, who was already a fan favorite in the minors got called up to the major league squad and he did not disappoint. In 26 games, he hit .276 with 21 hits, 4 home runs, and 10 RBI’s.

August 29th, the fastest baseball ever born in Corbin Carroll was added to the Diamondbacks from the minors. His impact was felt from day one. In 31 games, he hit .260 with 26 hits, 13 RBI’s and 12 runs.

All four of these players will be the cornerstone for the Arizona Diamondbacks moving forward.

Players In The Wing

Jordan Lawler has been making waves through the minors this season. Almost garnering superstar status already. As well as 2022 draft pick Druw Jones, these two players are set to break into the majors 2023-24.

On August 1st, 2022, the Diamondbacks traded for Emmanuel Rivera from the royals. The young 3rd basemen fit in perfect with this team, and looks to lock himself into that hot corner for 2023.

Christian Walker, Carson Kelly, Ketel Marte, Daulton Varsho, Zac Gallen, and Merrill Kelly were outstanding this season. Each one of them having stretches where they carried this team on their shoulders.

Christian Walker hit 36 home runs on the season, providing power from the 1st base position. Add in his 138 hits and 93 RBI’s, all three stats are career best for walker, and we have an impressive 2022 campaign.

Carson Kelly had a stretch where he was on fire. He has a 14 game hit streak in the middle of July, when it seemed this team needed it the most. His season average of .214 however was a career low for Kelly.

Ketel Marte hit over .300 for most of the season, for a while he carried this team. Early in the season the D-Backs struggled with leaving runners on base. Marte took this as a personal challenge. He ended the season with 118 hits, 52 RBI’s and an average of .240.

Daulton Varsho got a chance this season to show what he can do in a full season, playing over 100 games for the first time. In the 150 games he played he hit 27 home runs, batted .237 on 125 hits and 74 RBI’s. All stats are almost triple his season best before 2022, looks like the D-Backs found their right fielder moving forward.

The Arizona Diamondbacks struggled early in the season with starting pitching. Madison Bumgarner just is not what he used to be, not to mention the whole Dallas Keuchel experiment. However two veteran pitchers had possibly their best season yet.

Once June got rolling Merrill Kelly proved he was in the top ten of starting pitchers in this league. He dominated July, becoming July’s National League Pitcher of the Month. As well as Player of the Week on July 31st. On the season he pitched 32 games, 170 K’s, and ERA of 3.43 and a whip of 1.14.

Right behind him came Zac Gallen to do things that players only do in video games. He became the National League Pitcher of the Month for August. He went on an insane 44.1 innings streak not giving up a single run, beating Brandon Webb‘s 42 scoreless inning streak set in 2007 with the D-Backs. Gallen with 12-4 on the season with an ERA of 2.54, showing at 27 years old, he is and can be the ace of this franchise.

The Arizona Diamondbacks 2022 season was not a success in the normal sense of the word. However they built something special this season.

They built a foundation of youth that seems to be on the upward trend. I myself have told people to watch out, the Diamondbacks are coming.

In 3-7 years when they are a playoff powerhouse, fans will look back on this season as the beginning. For that, fans in the desert can be thankful.

As this season end tonight, the future will look bright.