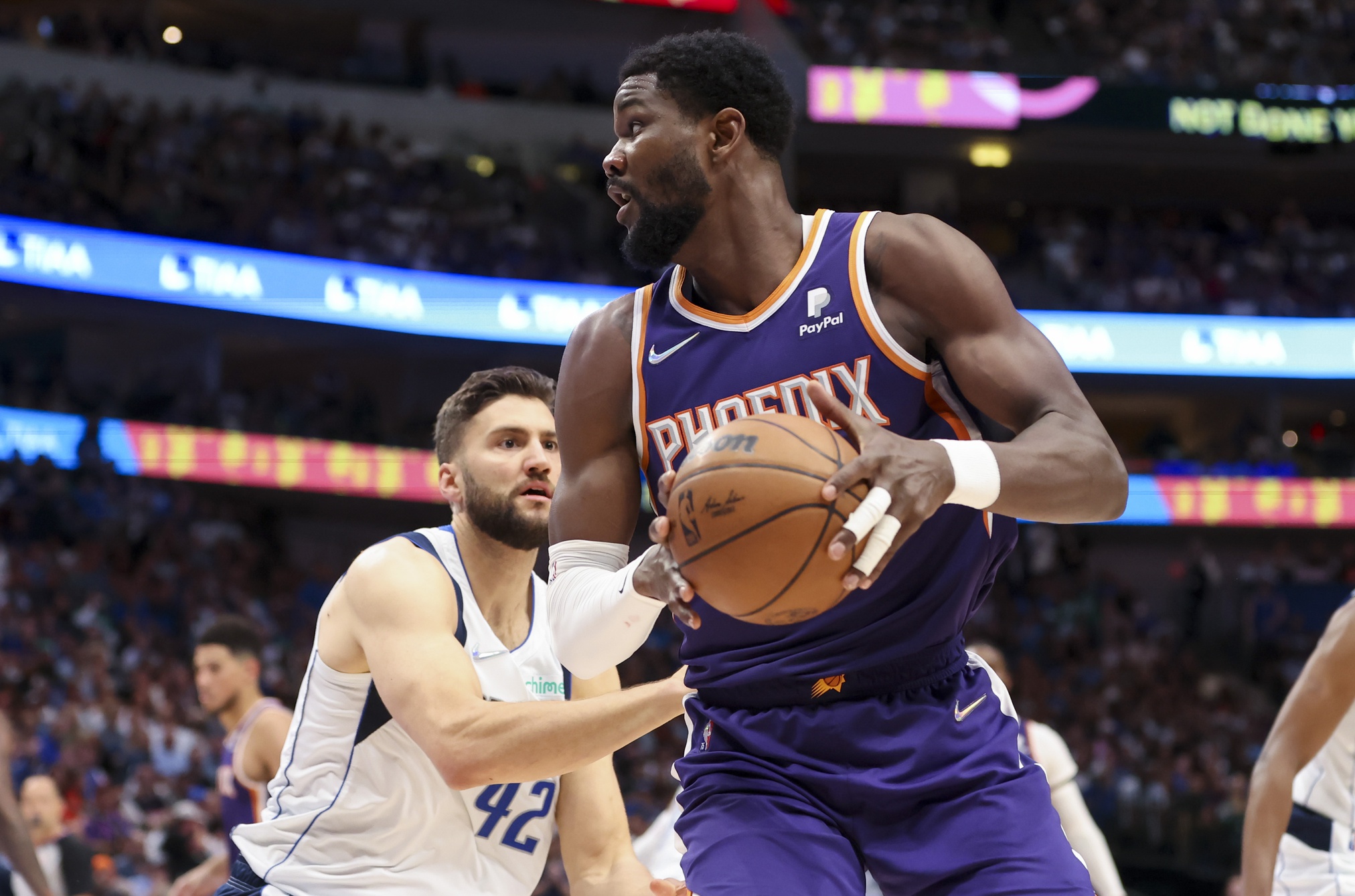 Monday brought about media day for the Phoenix Suns, and a bit of stirring around center Deandre Ayton.

For a man that’s known for his joy and radiating energy, Ayton was a man of few words on Monday. As such, his muffled approach was quickly an underlying topic on Twitter.

Deandre Ayton seems thrilled to be back in Phoenix pic.twitter.com/Mn4Lkh6pP5

I have never seen DA seem this unhappy at a press conference.

I would caution people not to read too much into this having covered Ayton his whole career, but it’s very noticeable how down and impatient he seems. https://t.co/048BPT1QDK

Ayton’s stance came off as one of being distant and yet somehow honest. The former Arizona Wildcat recently signed an extension this summer, seemed jubilant at the thought of continuing his career in Phoenix.

Yet on Monday, it appeared that Ayton’s outlook took on a different tone. When asked questions that normally would give a lengthy answer, Ayton simply opted for one-worded responses. Such was the case when asked about his thoughts after Phoenix matched his offer from the Indiana Pacers. “Happy” was all that Ayton could think to muster up, and the short answer came with no glimpse of a joyful expression.

As many would think, though it may have been pushed to the recesses of minds, Ayton doesn’t think highly of Phoenix’s handling with his contract this summer. There could also be the constant dangling of his name in trades for Kevin Durant.

Still, the Suns found more than enough evidence in bringing the former No.1 pick back. After Chris Paul‘s departure in the future, both Ayton and Devin Booker will be expected to lead the Suns into the next generation of title pursuits.

Much of media day surrounded the thoughts on Suns owner Robert Sarver and his selling of the franchise. Another pressing topic was the trade request from Jae Crowder, who wasn’t present.

There isn’t much need for panic at the moment. Given a hefty payday, Ayton could simply be channeling his energy into a more serious approach for the upcoming season. There’s much cause to believe that the Bahamian has heard all the doubts over the offseason off his star-like capabilities.